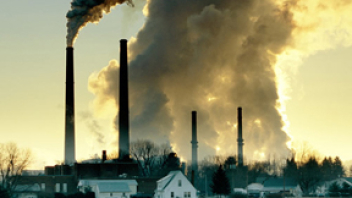 The Carbon Principles were a significant step in establishing carbon risk as important for banks to consider. Based on the serious threat posed by global climate change, however, it is time leading financial institutions develop a more robust framework of policies and practices that concretely reduce emissions from electric power," said Amanda Starbuck of Rainforest Action Network. When the Carbon Principles were created, they were one of the first industry-wide statements from the banking sector specifically addressing climate change and carbon-intensive investments. The Principles were designed to address the risks associated with regulatory uncertainty of carbon emissions, and were also a direct response to growing public concern over plans for more than one hundred new coal-fired power plants.

As a case study, RAN's report reviewed the financing of two American Municipal Power (formerly AMP-Ohio) coal-fired power plants, which were both funded by banks that signed on to the Carbon Principles. Needing to secure nearly $4 billion from a bond placement for one of the plants, AMP contacted JPMorgan in early 2008 with concerns regarding how the Carbon Principles might affect the company's ability to raise capital. On February 7, 2008, a response from JPMorgan, which was leaked to the press, assured AMP that "othing in the Principles prevents us from underwriting debt or providing financing for AMP- Ohio's projects or is intended to do so."

The RAN report recommends that leading financial institutions develop a more robust framework of policies and practices to address climate risk, which would include: