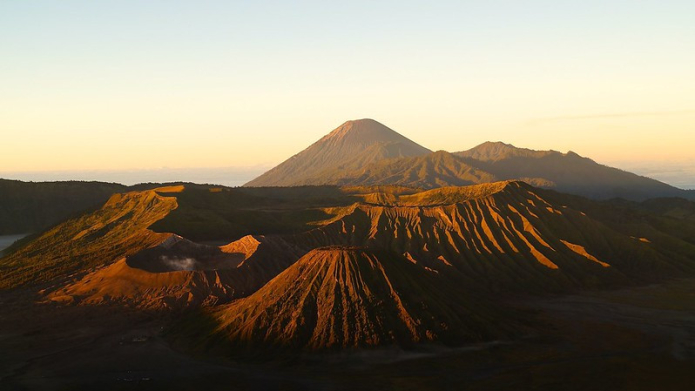 The cement industry in the Kendeng Mountains has long been a public concern due to the many environmental and social problems it has caused, including prolonged conflicts between residents, the government and companies. The ResponsiBank Coalition with LBH Semarang conducted a webinar activity and launched a research that took pictures of cases of violations of citizens' rights and bank responsibilities in financing the cement industry in the North Kendeng Mountains, Tuesday (24/5/2022). This study highlights the case of the impact of the cement factory that was established in Rembang Regency, namely PT Semen Indonesia and the plan to establish a cement factory by PT Sahabat Muliasakti in Pati Regency. This study also emphasizes how the flow of cement factory financing by banks.

Victoria Fanggidae representing ResponsiBank coordinator in her speech said that this research specifically explores the involvement of banks in financing the cement industry in the North Kendeng Mountains. "Because actually it's not only the factory or industry that is responsible, but whoever gives money to the factory must also be responsible", said Victoria.

Furthermore, Dwi Rahayu Ningrum as ResponsiBank researcher explained his findings, that from 2018 to January 2022, the total flow of financing and investment provided to HeidelbergCement and PT Indocement Tunggal Perkasa which is the parent of PT Sahabat Muliasakti which will operate in Pati reached 2,9 billion Euros, with the largest percentage coming from loans and bonds.

Meanwhile, the bank that disburses the most financing to the cement industry in the North Kendeng Mountains is Deutsche Bank with a total financing of more than 800 million Euros. “Then the other banks are ING, LBBW, BayernLB, Commerzbank, Deka, Allianz, Union Investment, Axa, Stadtsparkasse Dusseldorf, Alte Leipziger, and apoBank. For the flow of financing from HeidelbergCement, there was no involvement from national banks”, explained Dwi.

Meanwhile, the total financing for PT Semen Indonesia operating in Rembang reached 228,1 million Euros during the 2018-2022 period. The largest source came from loans of 172,9 million euros, followed by bonds of 50,8 euros and shareholdings of 4,4 million euros.

Furthermore, Dwi explained that one of the factors causing irresponsible bank financing practices was the absence of policies to regulate environmental and social risk management at Bank Mandiri and Bank BNI.

"On the other hand, although Deutsche Bank has a more progressive policy, there are inconsistencies in practice in the field", said Dwi.

Then, Ahmad Syamsuddin Arif from LBH Semarang added, environmental permits are the main requirements for companies to be able to access financing from financial institutions. In fact, in fact the licensing process for PT Semen Indonesia did not involve proper and proper socialization and consultation, even in the Environmental Impact Analysis (AMDAL) document it was stated that 67 percent of residents rejected the cement factory, but the factory was still established.

The banks involved have indirectly contributed to perpetuating environmental damage and social problems that continue to occur in the North Kendeng Mountains to this day. Moreover, Bank Mandiri and Bank BNI are part of First Movers on Sustainable Banking where their role is considered important in encouraging sustainable finance in Indonesia.

"In addition there is also the impact of environmental damage, due to the operation of the cement factory causing reduced water infiltration so that drought occurs during the dry season and floods during the rainy season, dust that has an impact on residents' health, agricultural crop fertility, and residents' safety and destroys Mount Kendeng as a cultural entity. said Ahmed.

Another impact that also arises is the occurrence of violence from law enforcement officers and social rifts due to conflicts between residents who are pro and contra. In addition, the operation of the cement factory also has an impact on the fading of the culture and lifestyle of agriculture as the foundation of the life of the indigenous people of Sedulur Sikep.

At the end of the webinar, one of the representatives of the residents who are members of the Kendeng Mountains Care Community Network (JMPPK) expressed his hope that the advocacy process would not only stop at research activities, but also needed support from all parties and continued so that in the end the hopes of citizens for a prosperous life could be realized.