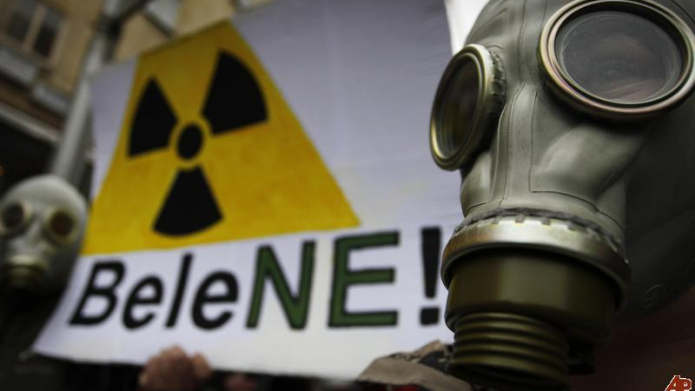 UniCredit Group and Deutsche Bank have informed a coalition of environmental and watchdog organisations that they have withdrawn their interest in financing two nuclear power stations near the Bulgarian town of Belene.

The move comes one week after Standard and Poor´s downrated the Bulgarian utility NEK from "developing" to "negative" because of its 51 percent participation in Belene , a project with estimated construction costs of between 2 and 3.5 billion euros.

Sofia-based Petko Kovachev of CEE Bankwatch Network commented: "The Belene nuclear power project is a major financial and environmental risk. Everybody seems to be aware of this except for the Bulgarian government."

During talks in Vienna last Wednesday between GLOBAL2000, Friends of the Earth Europe and Greenpeace with UniCredit daughter Bank Austria / Creditanstalt, the Austrian bank appeared to be fully aware of the fact that its customers do not want any involvement with risky nuclear investments. Patricia Lorenz of Friends of the Earth Europe commented: "It is clear that these banks are aware of the risks attached to financing nuclear power. Bank Austria was one of the driving forces to quit UniCredit's engagement in the Belene projekt as they saw big risks."

With the decision of UniCredit Group and Deutsche Bank to withdraw from the Bulgarian Belene nuclear power plant (NPP) project, both bidding consortia for building the NPP have lost a large part of their financial backing. The Russian Atomstroyexport has been counting on the participation of its German partner Siemens receiving credits from the UniCredit Group daughter HVB/Hypovereinsbank and Deutsche Bank. The Czech/Russian Skoda Alliance is reliant on support from UniCredit via its Czech daughter Zivnostenska Banka.

Bulgarian Economy and Energy Minister Rumen Ovcharov had indicated earlier this week that next Tuesday the choice of building contractor for Belene would be announced.

Jan Haverkamp, Greenpeace´s nuclear energy expert for Central Europe, said: "I am curious whether that will happen now as we can see the financial bottom of the project falling away. It is time that Bulgaria shelves this ill- conceived nuclear dream and looks to the future. Bulgaria has immense capacity to cut down its energy wastage, which in a matter of years can free up more capacity than Belene would ever generate. On top of that it has huge untapped resources in renewable energy like wind, biomass, hydro and solar. This is a moment of opportunity for Bulgaria: We call on the Bulgarian government to change its energy policy now."

Last week, on Friday the 13th, citizens and environmental groups in 23 countries protested at their local bank branches against the interest of UniCredit Group in Belene . In Germany thousands of people sent cards to HVB and Deutsche Bank to express their discontent with the interest of the banks to finance dangerous nuclear projects and protests in 60 cities in Germany were planned for next week. Heffa Schücking of the German organisation urgewald said: "It is clear that many people have not forgotten Chernobyl and do not accept that their bank should support new nuclear projects."

Earlier this year Bayerische Landesbank and Commerzbank also denied involvement in the Belene project, although they had been mentioned by Bulgarian Economy and Energy Minister Rumen Ovcharov as interested. In the summer, the Belgian KBC Group denied wanting to finance Belene via its Czech daughter CSOB and the French Societé Génerale Group withdrew its Czech daughter Komercni Banka from the Skoda Alliance after receiving information about the risks attached to Belene.

Jan Haverkamp concluded: "UniCredit and Deutsche Bank have recently also expressed interest in other shaky nuclear projects in Central Europe, like Mochovce in Slovakia and Cernavoda in Romania. We sincerely hope that their withdrawal from Belene also means that they will now fully shift their focus towards real solutions like the development of energy efficiency and renewable energy sources in the region."

NOTES FOR THE EDITOR

Pictures of Belene and last week's protests are available from the above- mentioned contact addresses.

(1) UniCredit Group runs the main bank brands of UniCredito in Italy, HVB in Germany, Bank Austria-Creditanstalt in Austria and is owner of a large amount of local bank brands in mainly Central and Eastern Europe.

(3) The Belene project started in the 1980s and was stopped in 1992 because of environmental and economic concerns. The project drew amongst others criticism because it is sited in a seismic active area. In 2003, the Bulgarian government revived the project in the hope to create a strong position in the electricity market on the Balkans. Critics, however, point out that at least one of the proposed reactor designs (the VVER 1000/320) would not be admissible in, for instance, Germany. The other proposed design has not been licensed in Europe before. Since its revival the project was plagued with manipulations, delays and controversies, the latest being the revelation in the Bulgarian press that Bulgarian Energy Minister Ovcharov receives almost three-quarters of his monthly salary from nuclear state companies (the Bulgarian newspaper 24 hours, edition 17 October 2006). The approval of the Environmental Impact Assessment is already for almost two years held up under court appeals because of its bad quality and manipulated procedures.