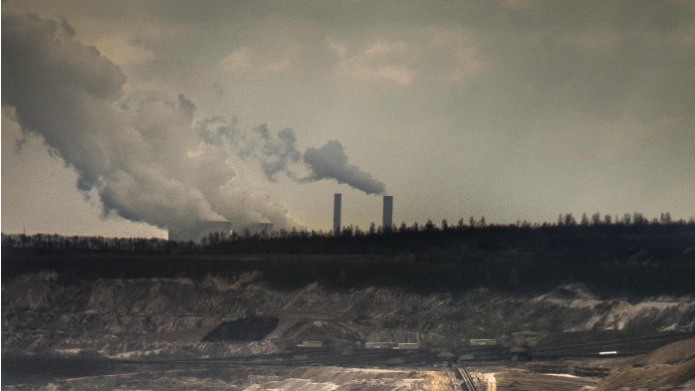 Ahead of Climate Finance Day in Paris and the UN Climate Summit in Madrid, BankTrack and the Unfriend Coal campaign, in partnership with Friends of the Earth France, are calling on French financial institutions to seize the opportunity by immediately freezing business relationships with more than 400 companies which are engaged in developing new coal projects worldwide.

In a briefing published today which analyses French financial institutions’ coal financing and policies, the groups reveal that BNP Paribas is the largest French financier of companies developing new coal-fired power plants. New data shows that the bank has provided at least EUR 2.2 billion in financing to these coal expansion companies in 2019 alone.

In Indonesia, where pollution from coal is causing the untimely deaths of thousands of people every year, this year BNP Paribas has facilitated EUR 211 million for the state-owned utility PLN Persero via a bond issue. The company currently produces 62% of its electricity from coal and is planning to build 10 gigawatts of new coal-fired electricity generation capacity.

Also featured in the new briefing is top French insurer AXA which no longer directly insures new coal projects but does still issue insurance cover, including for damage, to expansionists in the coal sector.

According to sources in the insurance sector, AXA is one of the companies providing insurance to Adani Mining, the Australian subsidiary of the Indian conglomerate Adani which is planning the massive Carmichael coal mine in Australia. The hugely controversial Carmichael project, which is being vigorously challenged by Indigenous people, communities and groups across Australia and from which more than 60 global financial firms have distanced themselves, is recognised as potentially one of the world’s biggest individual sources of CO2 emissions and also threatens the fragile ecosystem of the Great Barrier Reef.

Indications of positive momentum on coal across the French financial sector emerged in July this year when, following pressure from the French Ministry of Economy and Finance and NGOs, business federations announced that by mid-2020 their members, banks, insurers and investors, must define “a global exit schedule for the financing of coal activities”.

The new briefing presents details on the various remaining gaps between the policies of French financial institutions still highly active in the coal sector and what is necessary if they are to respect the July pledge to publish exit plans for the sector by mid-2020. NGOs are calling for French institutions to now lay out plans that will ensure their exit from coal by 2030 in EU and OECD countries and by 2040 elsewhere. 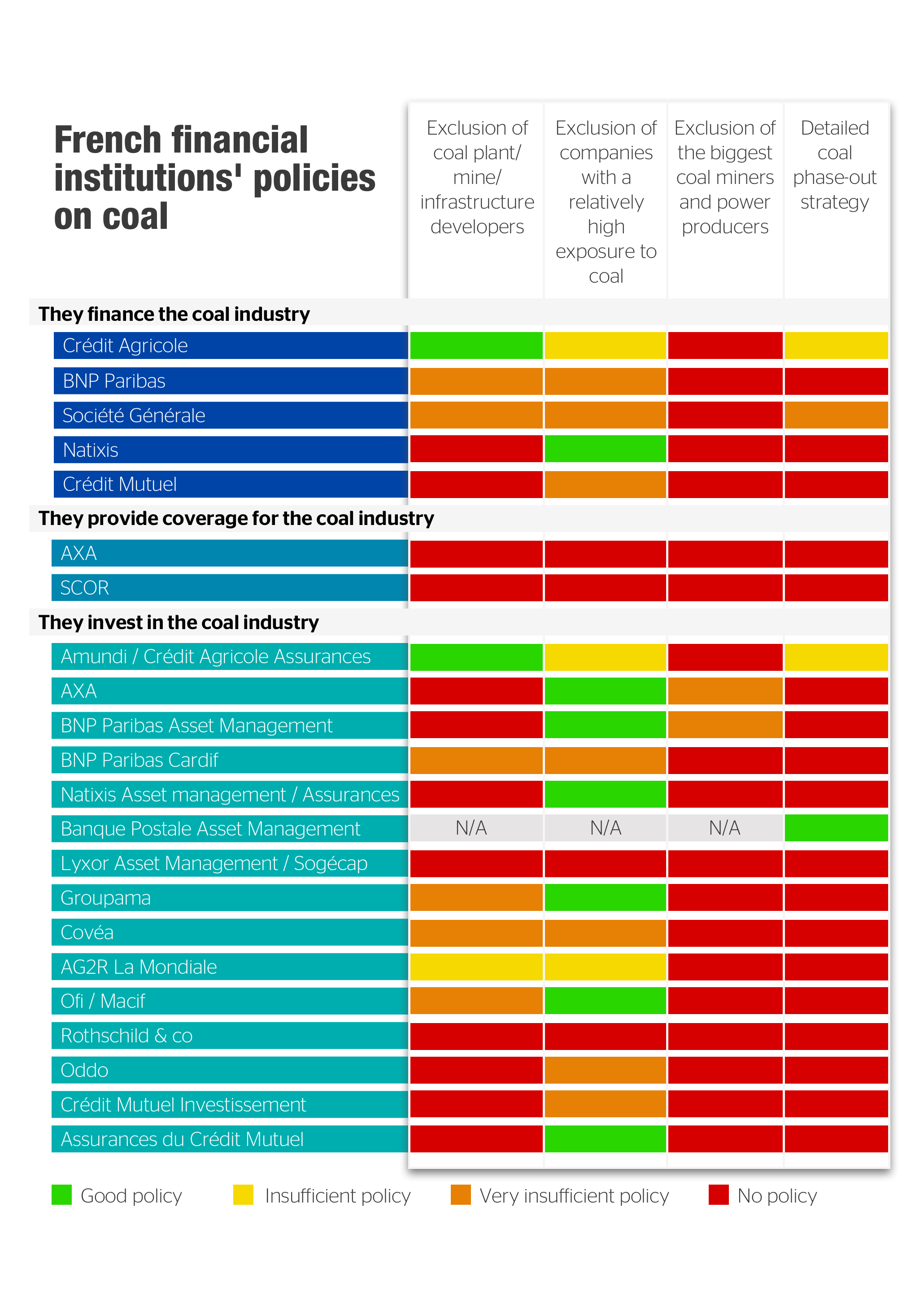 Lucie Pinson, coordinator of the Unfriend Coal campaign and advisor to Friends of the Earth France’s private finance campaign, commented:

“If it results in concrete climate action, the July commitment will send a strong French signal internationally and could cause a powerful ripple effect. But the risks of greenwashing are enormous. The commitment is non-binding, so there is a clear risk that many French institutions will be reluctant to implement or adopt the necessary measures to get out of coal in time to limit warming to 1.5°C.

“This is particularly true for BNP Paribas and AXA, which are both still pursuing a fundamentally different course by continuing to finance or insure companies which are developing new coal projects.”

“Complying with the July commitment would require French financial institutions to, as a minimum, refuse to finance or insure the 417 companies engaged in the development of new mines, power plants and coal infrastructure. They should also be taking the necessary steps to set conditions on all financial services for such companies based on their adoption of a closure plan for their existing coal assets, by no later than 2030 in EU and OECD countries, and by 2040 elsewhere.

“Crédit Agricole is on track, although its latest promising commitments announced in June this year still have to be implemented. On the other hand, BNP Paribas has not revised its policy concerning its corporate coal clients in almost four years. Despite having improved their respective coal policies, Société Générale and Natixis are now also under pressure to sharpen their approaches as they have yet to spell out how they will exit from coal within the timeframe set by climate science.”

1. The financial data is provided by research from the Dutch consultancy agency Profundo. All international financing and investments for companies developing new coal plant projects will be published in December 2019.