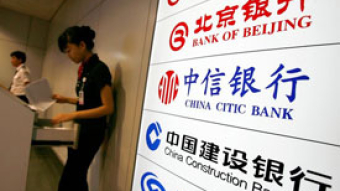 Green Watershed, a Chinese environmental NGO and member of BankTrack, an international network of NGOs that advance sustainability in the financial sector, released an English-language report about the sustainability policies and practices of major Chinese commercial banks.  Environmental Record of Chinese Banks 2010 benchmarks 14 Chinese commercial banks, including ICBC, China Construction Bank and Bank of China, which are currently among the top ten most valuable banks in the world, according to the Financial Time's Global 500 ranking.  Additionally, the report assessed Bank of Communications, China Merchants Bank, CITIC Bank, Shanghai Pudong Development Bank, China Minsheng Bank, Industrial Bank, Huaxia Bank, Shenzhen Development Bank, Bank of Beijing, Bank of Ningbo and Bank of Nanjing.  Cumulatively, these 14 banks account for more than half the assets of all Chinese banks.

Key conclusions of the report include:

-          Overall, Chinese commercial banks disclosed information about their environmental performance more voluntarily than in years past; including both their lending for environmentally friendly projects and information about phasing out lending to energy inefficient or highly polluting industries.  However, the banks fell short in terms of adopting transparent policies and implementation measures, engaging with the public and embracing international standards.

-          The report also notes that Chinese banks are financing controversial mining, oil & gas, agriculture and hydropower activities around the world.  The authors recommend that Chinese banks should, at minimum, apply domestic green credit policies to their overseas transactions if they are truly to become world-class financial institutions.

The report, which originally was released in Chinese in April 2011, assesses each bank based on indicators such as its environmental policies, implementation measures, lending reductions to energy-intensive and polluting sectors, lending to environmentally friendly projects, adoption of international standards, information disclosure and public engagement.  The authors used data from the banks' 2009 CSR reports, publicly-available bank policies, questionnaires sent to the banks, and media coverage. Environmental Record of Chinese Banks 2010 is the second sustainability study of Chinese commercial banks led by Green Watershed; the first study, released in 2009, examined the banks' progress towards sustainability in 2008.