Home › News
Chinese banks need to catch up on environmental policies
International banks must take responsibility in advocating for better standards
By: Friends of the Earth US
2007-05-09
San Fransisco, Utrecht
Contact: 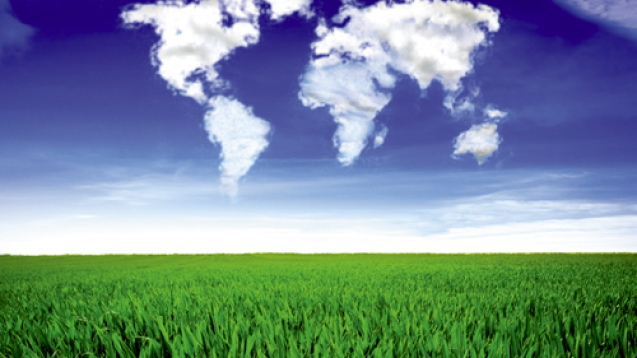 A new report released today by BankTrack, the international NGO network monitoring the financial sector, and Friends of the Earth US, finds that only two of China’s ten most important banks -- China Development Bank (CDB) and the Export-Import Bank of China (Chexim) -- have publicly-disclosed environmental policies.

Both banks’ policies fall short of international best practice, while the rest of the banks surveyed had no publicly-available environmental financing standards.

With this report, BankTrack aims to fill a gap in public knowledge on the environmental policies of Chinese banks. China’s financial institutions have long played a key role in bankrolling industrial development in within China, and today they are also becoming important players in financing environmentally and socially sensitive activities around the world.

"By adopting world-class environmental financing standards, Chinese banks can play an important role in advancing sustainability on a global level", said Johan Frijns, coordinator of BankTrack; "Otherwise, they threaten to drag down whatever progress that has been made in developing such standards for the international banking sector"

The report, titled "Time to Go Green; Environmental Responsibility in the Chinese Banking Sector", concluded that environmental financing policies at Chinese banks focus mainly on ensuring the clients obey environmental laws, and thus lag far behind those of international banks.

However, the report also points to some encouraging signs that Beijing is beginning to stimulate banks to pay more attention to environmental matters. For example, the Peoples' Bank of China has recently developed a new credit database which includes borrowers’ environmental compliance data. This will allow Chinese banks to evaluate how well companies have followed environmental laws before offering loans.

Finally, the report shows that many international banks, who own significant shares of Chinese banks, have the ability to institute world-class environmental standards through their strategic investment agreements.

"International banks have complained that the lack of environmental financing standards at Chinese peers is putting them at a competitive disadvantage" said Friends of the Earth-US Michelle Chan-Fishel, who authored the report. "But banks like HSBC, RBS, Citigroup, Goldman Sachs, and Bank of America all own large shares in Chinese banks. They must take responsibility for ensuring that high environmental standards, which they all claim to have, are also adopted by their strategic business partners"

None of the commercial banks in the study had publicly-disclosed environmental policies, and a key challenge in writing the report was Chinese banks’ lack of transparency. For example, Chexims' environmental policy was only released in late April 2007, in response to a request by Pacific Environment, a BankTrack member group.

"lack of transparency and public participation mechanisms are two fundamental deficiencies which put them far behind their international peers", said Doug Norlen of Pacific Environment. "In the last several years, almost all of the world’s other public and private banks which have adopted leading environmental standards have done so in consultation with civil society."

The report also raised questions about how well banks’ stated environmental policies are being implemented, a problem which also plagues the Equator Principles, a voluntary initiative of banks on project finance, as well as individual banks that have adopted their own standards.

For example, CDB’s policy summary states that it only finances deals included in an approved project list published by China’s State Environmental Protection Agency. But given CDB’s rapidly expanding overseas profile, it is unclear how the bank ensures regulatory compliance in its clients’ overseas activities. Similarly, implementation questions also apply to the Export-Import Bank of China, whose environmental policy includes vague language preventing it from financing projects which create unacceptable environmental damage. For example, the Ramu nickel mine in Papua New Guinea, financed by both CDB and Chexim, proposes to use the controversial practice of submarine tailings disposal as a mechanism for disposing of toxic mine waste.

"The proposal to utilise submarine tailings disposal at this mine site has been discredited by independent scientific studies", said Techa Beaumont of Mineral Policy Institute. "The use of this practice, particularly in a region known for upwelling currents that can bring these toxic wastes to the surface, poses significant environmental harm that could lead to violations of Chexim environmental policies."

There is little indication that adequate environmental assessment and monitoring has been done, despite commitments in Chexim’s environmental policy to enhance these aspects of project development.

The report also includes a case study on the Chexim-financed Merowe dam in Sudan, a project which is indicative of the bank’s new role as a key financier of infrastructure projects in poor countries.

"China Exim bank should avoid the mistakes that Western financial institutions have made, and address environmental and governance concerns in its lending decisions", said Peter Bosshard of International Rivers Network. "Projects such as the Merowe Dam in Sudan, which destroy the environment and impoverish affected people, will not bring about sustainable development, and will squander the great opportunity which China's new role presents."