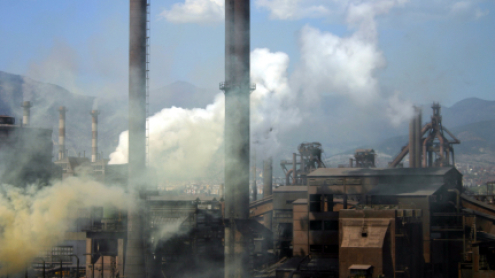 A new report released today by BankTrack analyzes green finance policies introduced in China over the past 18 months that are designed to curb the country's growing environmental problems, such as pollution and climate change.

BankTrack, the international network that monitors commercial and investment banks, said that China's effort to improve the sustainability of its financial sector could provide regulators in other parts of the world with fresh ideas for how to approach the global financial crisis. The report, "The Green Evolution: Environmental Policies and Practice in China's Banking Sector," comes on the heels of the recent "BankTrack El Escorial Statement on Banks and the Financial Crisis," which stressed the need to create a more sustainable, robust and just financial system.

The report addresses recent regulations that seek to control bank lending to environmentally dubious projects and companies, and support more green projects.  In particular, the report applauds China's 'Green Credit Policy,' which has led to the inclusion of 38 firms on a "credit blacklist" due to environmental violations, and has resulted in at least RMB 2 billion (Euro 235 million) in loans being denied or recalled.  It also details China's new "Green IPO" (initial public offering) policy, which requires companies in polluting or energy-intensive industries to disclose environmental information and face a public comment period before stock is sold to the public.  Twenty out of 38 companies reviewed had their IPOs rejected or subjected to further assessment by the Environment Ministry since the policy's start in February 2008.

The report also found that some Chinese banks, particularly those that received government bailouts, have curtailed lending to polluting and energy-intensive industries.  For example, in 2007, Bank of Communications reported that it cut lending to the iron and steel industries by RMB 7.8 billion (Euro 916 million), and ICBC decreased loans to polluting industries by 24 percent.

"China's banking crisis led to massive government bailouts starting in the late '90s," said Michelle Chan of Friends of the Earth - US, one of the contributing authors to the report. "But it wasn't ‘no-strings-attached.'  Banks had to make drastic changes, and new regulations forced banks to follow prudent lending practices, including taking the environment into account.  Governments around the world should demonstrate the same vision as they nationalize their banks and reform their financial sectors."

Although China's green finance policies have recently led to positive changes, the report also points out some significant short-comings.

In addition, the report points out that China's green finance policies may be insufficient to counter contradictory national policies that have expanded the use of environmentally harmful energy sources including coal, large-scale hydropower, and nuclear power.

"In the midst of today's crisis, we have an opportunity to transform the banking sector into one that helps solve the pressing social and environmental problems the world is facing," said Johan Frijns, Coordinator of BankTrack. "The new regulations in China are not perfect, but they offer some concrete examples of how financial regulations can advance environmental goals."

The report is also available in Chinese at: