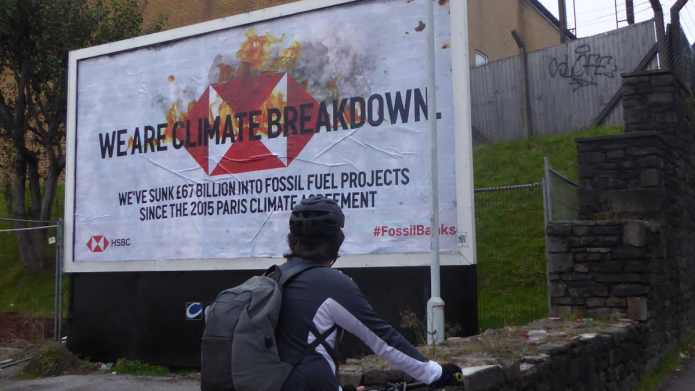 Over 250 billboards, bus stops and tube ads featuring HSBC advertisements have been hijacked (images here), including in London and Bristol today, in a national grassroots campaign by Brandalism activists. The campaign aims to expose the bank’s harmful impacts on the climate and communities globally. Other locations targeted include Glasgow, Sheffield, Leeds, Oxford, Swansea Carmarthen and Birmingham.

In defiance of the bank’s new ‘net-zero ambition’, artworks were created by 15 different artists to parody and reply to the bank’s controversial ad campaign by ad agency J W Thompson. 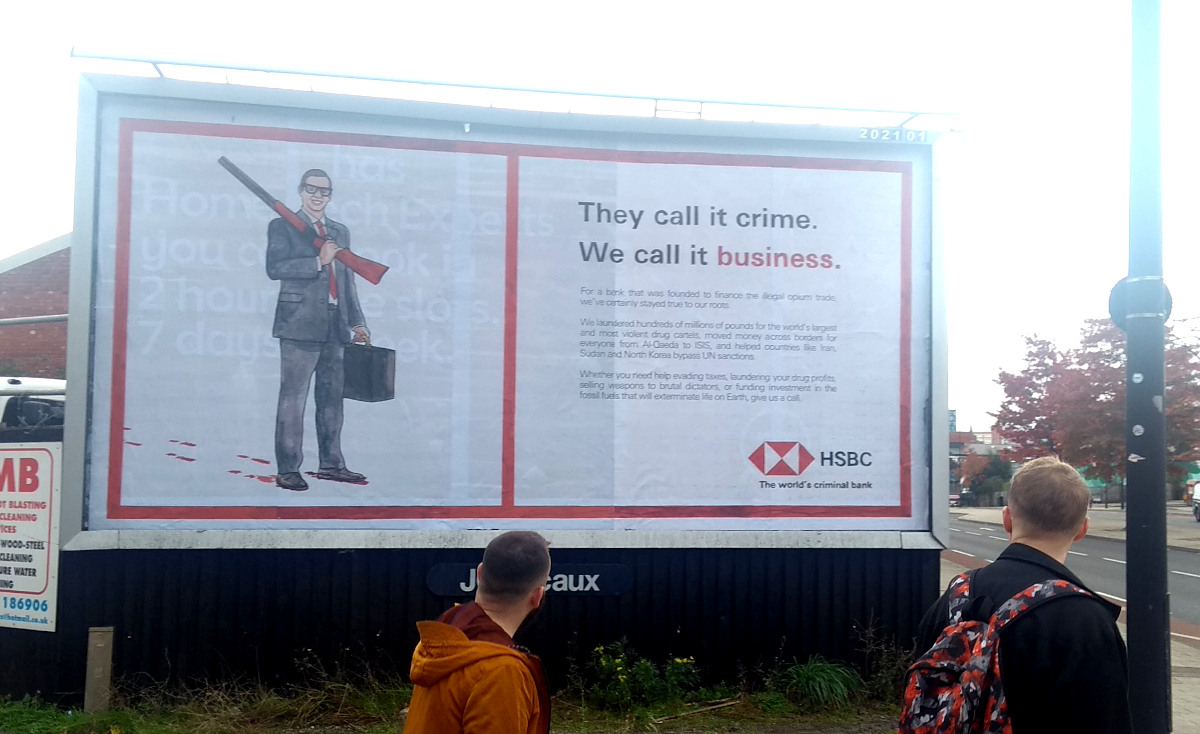 Tona Merriman at Brandalism, said: “Advertising is a key mechanism for big banks to shore up their public image. HSBC likes to position itself as a friendly high street bank through its marketing, but these artworks tell a much darker tale of human rights abuse facilitated by the bank’s activities.”

HSBC has also been accused of “climate colonialism” because of its destructive investment portfolio ravaging land and indigenous communities, from gas extraction in Mozambique to funding coal projects in Bangladesh and deep sea mining projects in Papua New Guinea. 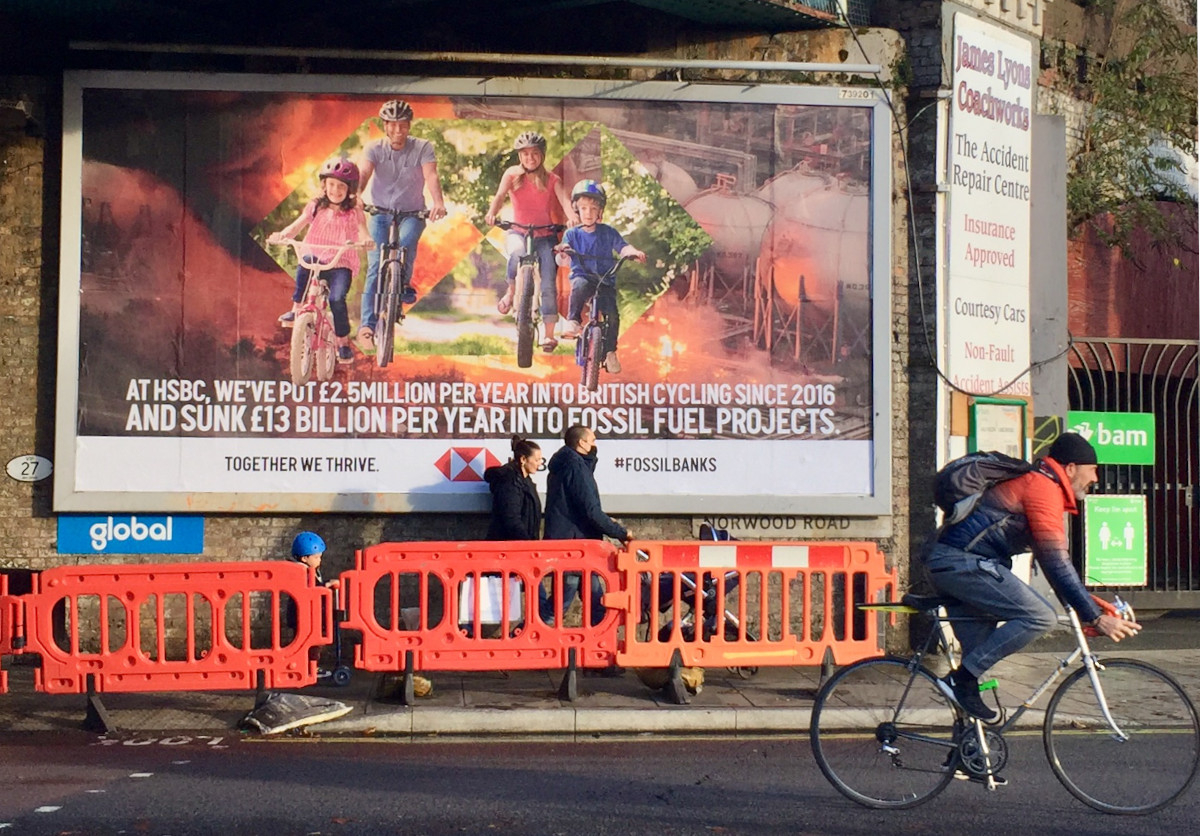 Merriman added: “HSBC’s billboard advertising offered a fake affection, a corporate cosyness saying ‘You are London’, ‘You are Bristol’, ‘You are Glasgow’, etc.  But multinational banks are not communities. And our cities and towns are not HSBC. This campaign offers the public a right of reply to HSBC’s PR spin.”

Since the international Paris Climate Agreement was implemented in 2016, HSBC has poured £67 billion into fossil fuels alone. It was recently revealed that HSBC was heavily involved in financing major fossil fuel projects and companies right up until three weeks before its net-zero commitment.

In Mozambique, HSBC is bankrolling a Liquid Natural Gas (LNG) extraction project. In addition to the environmental destruction fossil fuel extraction brings, the project has displaced over 550 families and evicted communities from their land and livelihoods, and brought increased militarisation to the area. Despite extremely limited access to resources in Mozambique, the project will bring no benefit to local communities, instead enabling big multinationals like Shell and Total to extract Mozambique’s natural resources for export. 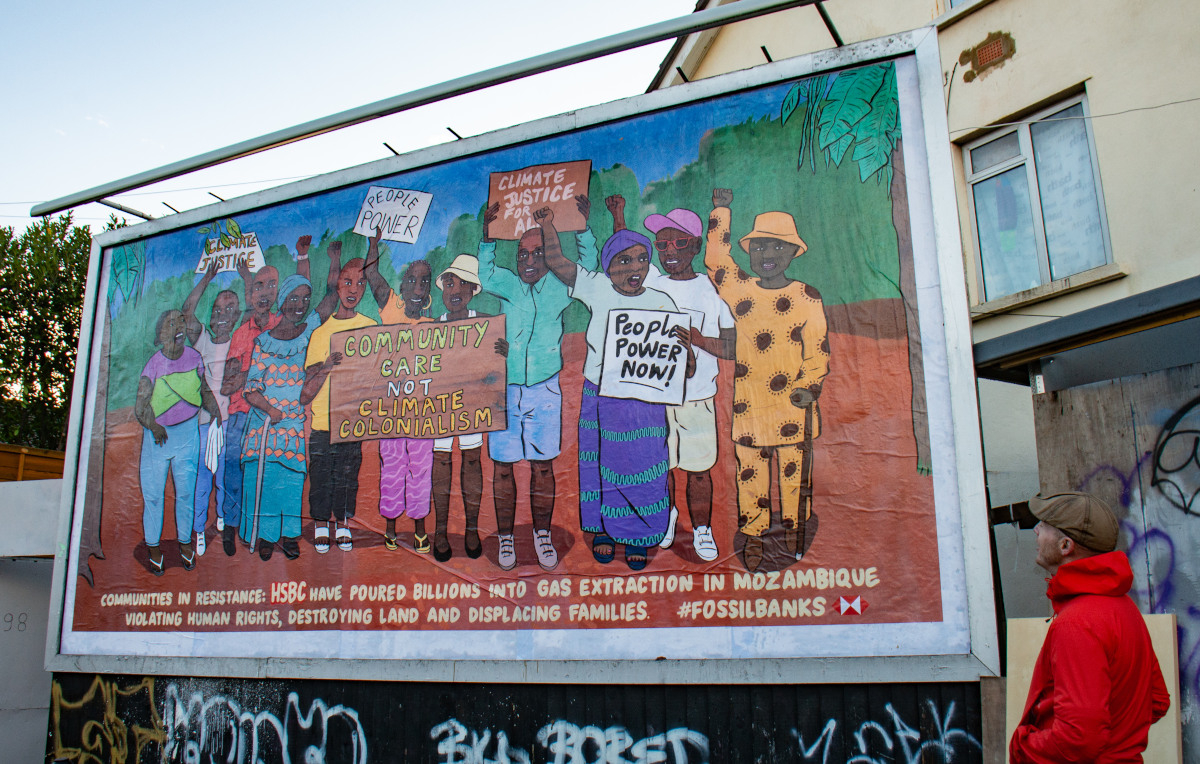 Rudy Loewe (they/them), an artist whose work was submitted to the campaign, and put up by Brandalism activists, said: “The image I created reflects the resistance by local communities in Mozambique against climate colonialism. It’s important to remember that as HSBC attempts to brand itself as invested in local communities and ‘heroes’ during this critical moment, in reality they are complicit in the destruction of communities around the world. Local communities such as those in Mozambique and many others are fighting against climate colonialism and that is who we should be supporting.”

Anabela Lemos, Director of Ja! Mozambique, who works with communities resisting the gas industry in Mozambique, said: “When banks like HSBC invest in the gas industry in Mozambique, they are just as responsible as the extractive companies like Total, Eni and Exxon for the irreversibly destructive impact on communities. These companies are only able to construct this type of project, and step on thousands of communities, kicking them out of their homes and territories, destroying their livelihoods, their cultures, and their rights, and stealing their future because irresponsible financiers like HSBC make it possible.” 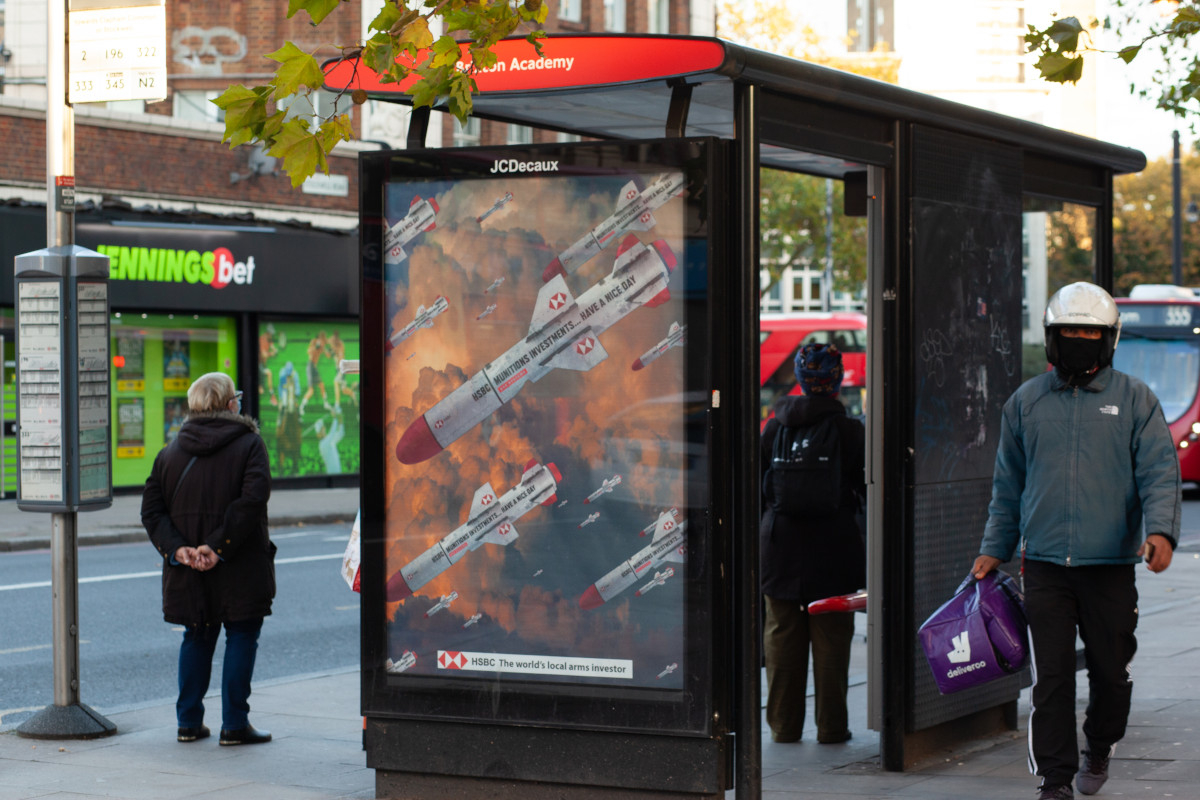 The artworks also referenced HSBC’s significant investments in for-profit US prisons and detention centres which have been strongly criticised for separating families and using incarcerated migrants as a source of cheap labour. Other contributing artists such as Jimmy Cauty referenced HSBC’s investments in major weapons companies like BAE Systems too, whose munitions have been used to commit serious human rights abuses.

The campaign will continue over the autumn, with a series of public information nights examining HSBC’s role in climate colonialism. More information on the campaign can be found by following #FossilBanks. 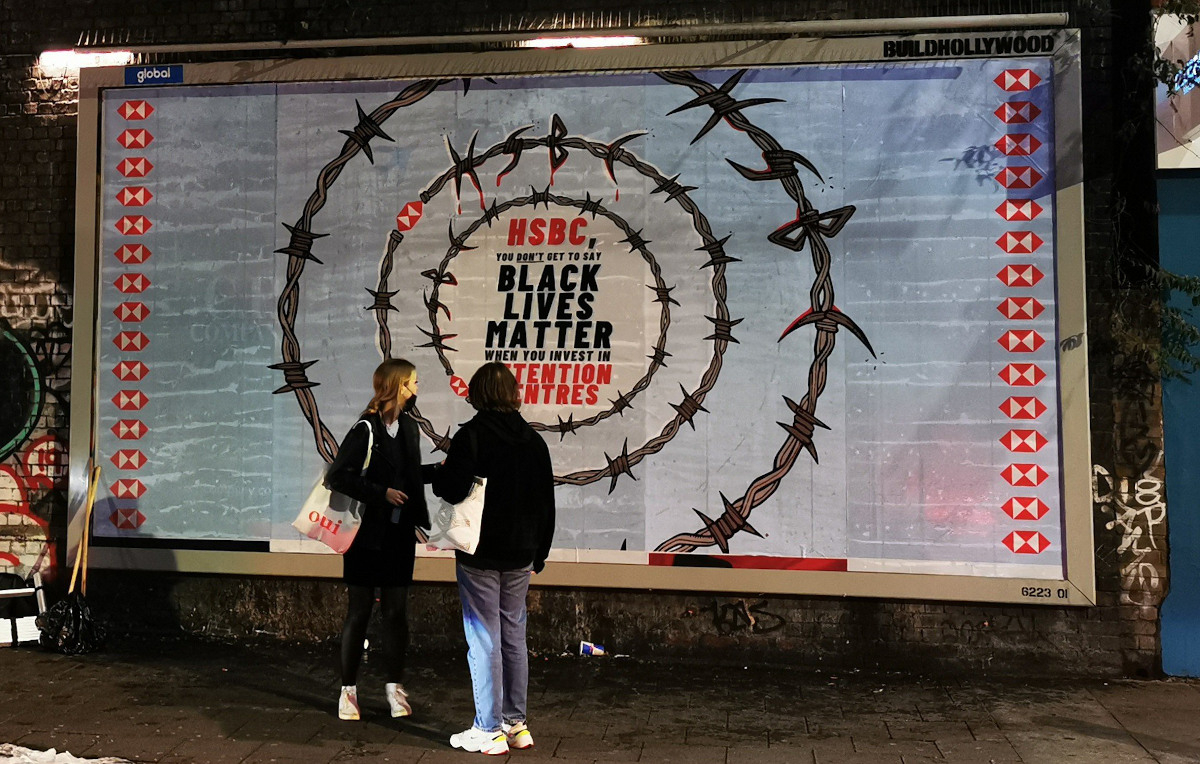 Coal Electric Power Generation | Construction
There are no projects active for this item now.
on record