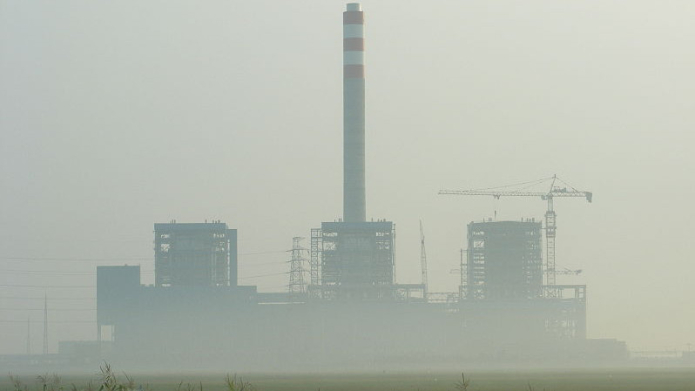 On March 25, 29 organizations from 12 countries submitted a letter to 39 bond underwriters and bondholders of Japan International Cooperation Agency (JICA), requesting them to urge JICA to rule out support for the Matarbari coal-fired power plant Phase 2 project (hereinafter referred to as Matarbari 2) in Bangladesh and the Indramayu coal-fired power plant project (hereinafter referred to as Indramayu) in Indonesia. To date, 14 bondholders responded, of which three investors stated that they had conducted engagement with JICA and a bond index provider, and one stated that it would consider engaging with JICA in the future. Others provided simple acknowledgments that they received the letter.

About a month later in April, JICA announced the launch of its Global-Dollar bonds guaranteed by the Japanese government (1) and non-guaranteed Domestic bonds (2), and specifically stated that it will “not knowingly allocate any proceeds from the sale of the bonds to activities related to coal-fired power generation”. When we contacted JICA staff on why such a specification was made, they said that it was because some bondholders contacted JICA on the topic of financing coal projects. This implies that JICA felt pressure from some of their bondholders’ engagements and responded to their voices.

However, in contrast to the impression the JICA’s announcement gives, the funds procured from JICA bonds are deposited in its loan account, and the loans for Matarbari 2 and Indramayu will be contributed from the same account. Thus, the above statement is simply an allocation made by JICA itself.

In Bangladesh, JICA has already provided loans for the Matarbari coal-fired power plant Phase 1 project (hereinafter referred to as Matarbari 1) and a preparatory survey for the construction of Matarbari 2 is currently underway. In Indramayu, JICA continues to disburse loans for the engineering service, such as basic design, and is expected to provide a new loan for the main construction.

According to the “Net Zero by 2050, A Roadmap for the Global Energy Sector” report published by the International Energy Agency (IEA) on May 18, 2021, “CO2 emissions from electricity generation fall to zero in aggregate in advanced economies in the 2030s”, and “in emerging market and developing economies around 2040” (3). Therefore, supporting new fossil fuel-based power generation, such as Matarbari 2 and Indramayu, is inconsistent with the goals to achieve net-zero emissions by 2050.

JICA bonds are issued to contribute to the achievement of the Sustainable Development Goals (SDGs), being one of the Japanese Government’s concrete measures to achieve the SDGs in the “SDGs Implementation Guiding Principles Revised Edition” (revised in December 2019). However, the above-mentioned two projects go against SDG Goal 13 (i.e. take urgent action to combat climate change and its impacts) and ignore SDG Goal 16 (i.e. to promote peaceful and inclusive societies for sustainable development, provide access to justice for all and build effective, accountable and inclusive institutions at all levels).

JICA’s continued support for these two projects is undermining Bangladesh and Indonesia’s efforts to transition to clean energy. In February 2021, the Bangladesh government decided to drop nine new coal-fired power plants, with a combined power capacity of 7,461 MW, due to rising costs of imported coal and a decrease in financial support from overseas investors (4). At the same time, China’s embassy to Bangladesh informed the local Ministry of Finance in a letter that “the Chinese side shall no longer consider projects with high pollution and high energy consumption, such as coal mining coal-fired power stations (5).” In Indonesia, JICA’s support for Indramayu disregards the country’s plans to stop building new coal-fired power plants after 2023 in order to meet its carbon-neutral goals (6).

On June 13, 2021, the G7 leaders announced an agreement committing “to an end to new direct government support for unabated international thermal coal power generation by the end of 2021, including through Official Development Assistance, export finance, investment, and financial and trade promotion support (7).” Despite this, the Japanese government and JICA are still planning to support Matarbari 2 and Indramayu.

Yuki Tanabe, Program Director, Japan Center for a Sustainable Environment and Society (JACSES) says, “If JICA continues to support new coal-fired power, bondholders may consider excluding JICA from their investment/target of investment. In order to ensure funding into the future, the Japanese Government and JICA should state that it will not finance these two coal projects.”

Henrieke Butijn, Climate Campaigner, BankTrack comments, “It is good to see that some commercial banks have engaged with JICA on its possible involvement in the two coal-power projects in Bangladesh and Indonesia. However, if engagement fails and JICA does support these projects, banks must exclude JICA from loans and other financial services. The recent IEA Net Zero by 2050 report again confirms that there is no room for new fossil fuel projects. Banks must take responsibility and ensure they do not finance companies that refuse to acknowledge this reality. Communities in Bangladesh and Indonesia deserve better.”

Ulf Erlandsson, Founder, Anthropocene Fixed Income Institute (AFII) added, “At the end of the day, JICA’s investors are financing coal, often in conflict with their own investment mandates. Going forward, investors must demand that JICA implement effective measures to prevent the allocation of bond proceeds to its coal assets, or refrain from supplying capital to JICA entirely.”