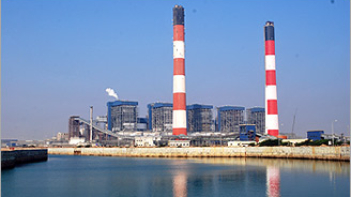 As BNP Paribas shareholders today gather for the bank's AGM, Friends of the Earth France and the Responsible Shareholders Association will be present to call out the bank for its support for the coal sector and its involvement in tax heavens. BNP Paribas is one of the world's top 10 "coal banks", and is more involved in offshore tax havens than any other company in France.

"BNP Paribas is the French bank the most active in greenwashing, never hesitating to present itself as a responsible bank committed to fight climate change. The bank is however often behind the financing of the most carbon intensive projects in the world", said Lucie Pinson, private finance campaigner for Friends of the Earth France. She continued: "To mention just one example, BNP Paribas is the only international private bank to have contributed to the financing of the giant Tata Mundra coal power plant in India (1), an iconic case of the issues plaguing coal power".

Pollution of rivers, destruction of mangroves, threat to the survival of local fishermen, displacement of communities, multiplication of respiratory diseases, electricity price increases, 30 million tons of CO2 emitted each year: the list of the consequences of the Tata Mundra power plant is very long (2). However the plant, which is eight times bigger than a "normal" coal power plant, is no anomaly in the bank's portfolio. BNP Paribas has also financed coal plants including Kusile and Medupi in South Africa, and plants using lignite - the most polluting kind of coal - like the Tufanbeyli power plant in Turkey.

Another issue on which NGOs will remind shareholders is the involvement of France's biggest bank in tax heavens. "The French champion of tax heavens, BNP Paribas organises the avoidance of several million euros in tax, notably at the expense of the public budgets of developing countries, and puts in jeopardy its commitment to fiscal civic responsibility. Moreover, the legal but complex financial arrangements that BNP Paribas sets up for its international customers contributes to the lack of transparency in international finance", notes Johan Bosch, representative of the Responsible Shareholders Association.

A year ago, BNP Paribas announced at its AGM the imminent publication of a new policy on mining activities, in which it committed to not finance Mountaintop Removal (MTR), the extreme practice of coal extraction by blowing up mountain tops. The policy is now effective, and BNP Paribas has not financed the main companies active in MTR since its publication. But for Friends of the Earth France, its role as the world's eighth biggest "Coal Bank" means BNP remains far from being a responsible, ethical business.

"Blacklisting the main companies active in MTR is laudable, but it is the whole coal sector that BNP Paribas must exclude. And while the bank had 142 more subsidiaries in tax heavens two years ago compared with today, it still has 218 to close down!" (3) concludes Lucie Pinson, reminding shareholders that it is possible for BNP Paribas to change its investment policy by prioritising projects fighting climate change (efficiency, renewables) and that if it does not act, its customers can leave it for a more responsible bank.

(3) See this article from Alternatives Economiques newspaper and this research from CCFD (only in French).