This profile is no longer actively maintained, with the information now possibly out of date
Send feedback on this profile
Download as PDF By: BankTrack
Created before Nov 2016
Last update: 2020-11-30 14:17:28 Contact: 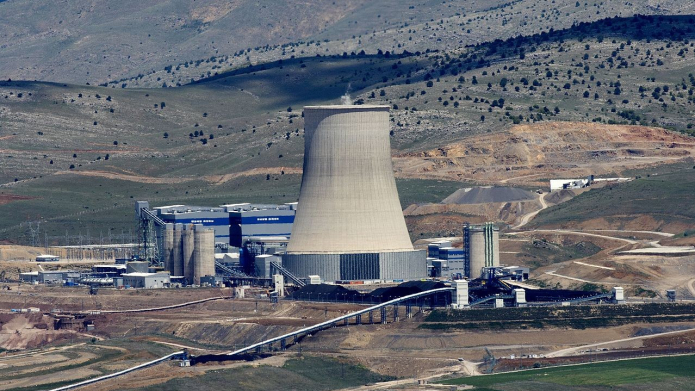 Banks and other financial institutions, already involved, should immediately stop their funding to the Tufanbeyli coal power plant project of Enerjisa.

The major economic activity of the village is agriculture. Potato farming is widespread. The majority of villagers rent their land and work on their own land as daily workers. Yamanli village is going to lose almost 90 percent of the arable land at the initial plan of mine area. Even though the mine area is going to be rehabilitated and can be hypothetically available for farming once the mine sources are exploited, it will take decades before the land is suitable for cultivation once again.

In January 2015, local residents protested against the use of foreign workers at the construction site, arguing that the project developers should be using local labour.

Lands which were previously used for cultivation and legally divided into different parcels will be combine into one piece of land. Only a part of which are acquired by Enerjisa, might be available for recultivation, because the other parts of the land in the mine area can be re-used by farmers if they will be expropriated by the Energy Market Regulatory Board and become public lands. Furthermore, topographical structure of these lands, acquired by Enerjisa or EMRA, will change after the mine sources are exploited. Therefore, it is difficult to restructure these lands for them to be available for farming, same as before. Considering the lack of skills of the project affected population, households that are losing all of their land to the Project will be vulnerable. They may not be able to replace the land that was expropriated with nearby land for cultivation or invest in livestock.

The Sariz River/Magara Creek flows from north to south, 2.5 kilometers west of the Tufanbeyli power plant and approximately centrally through the alluvial plain that yields the lignite deposits. The Magara Creek is one of the major sources to the Catalan Dam which provides drinking water for the Adana Province. A number of other small tributaries are present in the area. The nearest human population is the village of Yamanli with approximately 750 persons, located 2.8 kilometeres to the west of the power plant, which is on the western boundary of the proposed lignite mine. There are four other villages in the local vicinity: Pinarlar, Taspinar, Kayicik and Yesilova. The total population of the Tufanbeyli district in 2011 was approximately 17,500. The surface waters in the area are used for drinking, irrigation and livestock. The surface waters also support amphibians.

Protected areas in the region include the Kurebeli Canyon Wildlife Development site, 45,000 hectare, located 17 kilometres northwest of the Project site. The Kurebeli site is designated for game animals, and an important archaeological site, "Sar" city, which was the regional centre of the Hittites, located approximately 20 kilometres to the north east of the Tufanbeyli district. There are 15 reptile species present in the local area which are protected by the Bern Convention from 1979. A recent ecology survey identified up to 50 bird species in the region and up to 15 mammalian species. No globally threatened species of mammals or birds have been identified. Any species identified on the project site are also present in the wider area.

The main outcomes are that over 40 years, the power plant would cause the loss of about 23,000 life-years due to preliminary deaths, half a million lost working days, half a million asthma attacks, almost three million days of respiratory illness and an economic damage of EUR three billion, discounted at 1%.

Overview of impacts per year of operation

Overview of health impacts over 40 years of operation

In the first half of 2019, Enerjisa was paid 45,785,513.16 Turkish liras by the government in support of its operations at Tufanbeyli coal-fired plant via the capacity mechanisms.

In 2018 Enerjisa was paid millions of lira by the government in support of the Tufanbeyli coal plant via the capacity mechanism.

BlackRock emerges as biggest buyer in Turkey's first IPO of 2018

In February 2018, Enerjisa Enerji, the operator of the Tufanbeyli coal plant, achieved the largest private sector public offering of Turkey by making 20 percent of its shares public and started trading on the Borsa Istanbul. E.ON and Sabancı Holding now equally hold the remaining 80% of shares. The world’s biggest asset manager, Blackrock, bought the majority of the shares.

EON is planning to sell its stake in Turkey's biggest energy company Enerjisa to improve its debt and equity balance. EON's partner Haci Omer Sabanci Holdings is also planning to sell a stake in Enerjisa, according to marketrealist.com.

According to Enerjisa: the construction activities of the power plant have been kicked off in 2011 and as of December 2015 two units, 300 megawatt, were commissioned. The commissioning process for the final unit is still in progress. Estimated completion timing is projected for the first half of 2016.

According to The Hurriyet Daily news: Sabancı Holding's Enerjisa has obtained a loan of EUR750 million to finance the construction of the Tufanbeyli Thermal Power Plant in the southern province of Adana. Creditors backing the loan include: Société Générale, UniCredit Bank Austria, HSBC, Raiffeisen, Tokyo-Mitsubishi UFJ, BNP Paribas, Fortis, Akbank, Deutsche Bank, Natixis and Erste Group, according to a company statement. Most of the finance package was insured by K-Sure, a South Korean insurance firm.

ITOCHU is awarded for Coal Fired Power Plant in Tufanbeyli

On July 27, 2012, it was reported that a loan that backed the Tufanbeyli project reached financial close. Debt:equity ratio of the project was 80:20.

The deal follows the structure of previous Enerjisa deals. However, unlike in previous deals, the International Finance Corporation (IFC) and the European Bank for Reconstruction and Development (EBRD) are not participating due to the lignite-basis of the power plant. Instead the project's Japanese contractor, Itochu Corporation along with South Korean engineering company SK Engineering & Construction, brought in backing from South Korean export credit agency (ECA) K-Sure for the larger tranche of the deal.

E.ON has taken over Austrian firm Verbund's 50 percent stake in Turkish energy firm Enerjisa under an agreement signed on Dec. 3, 2012. Nearly the whole deal, worth over USD one billion, was based on an asset swap, with E.ON transferring to Verbund some 30 hydro-electric power plants in Germany and Austria.

Enerjisa, the company behind this project, is a jointly run subsidiary of the prominent Turkish conglomerate Sabanci Holding, and the major German power company E.ON.

Itochu Corporation is the contractor of this project.

Sabanci Holding is one of the two companies jointly running Enerjisa, the company behind this project.

SK Engineering & Construction is the South Korean engineering company involved in this project.

Tufanbeyli CPP got a Covid-19 safety certificate to continue its operations. It is the first plant with this certificate in Turkey.

Enerjisa is a 50-50 joint venture that was initially formed in 2007 between H.O. Sabanci Holding A.S. from Turkey and Verbund International GmbH from Austria, a wholly owned subsidiary of Verbund AG. Sabanci is one of the leading industrial and financial conglomerates in Turkey. Verbund's share in the joint venture was taken over by Germany's biggest power group E.ON in December 2012, swapping it against E.ON's interest in eight run-of-river plants in Germany plus other assets in a deal worth more than USD one billion. The joint venture Enerjisa is the second most important power producer in Turkey.

After the deal, E.ON announced that it was planning to more than double Enerjisa's share in the Turkish power generation capacity. As part of the deal the company is aiming to invest EUR 150-200 million annually in Turkey until 2015.