This profile is no longer actively maintained, with the information now possibly out of date
Send feedback on this profile
Download as PDF By: BankTrack
Created before Nov 2016
Last update: 2020-07-01 17:12:24 Contact: 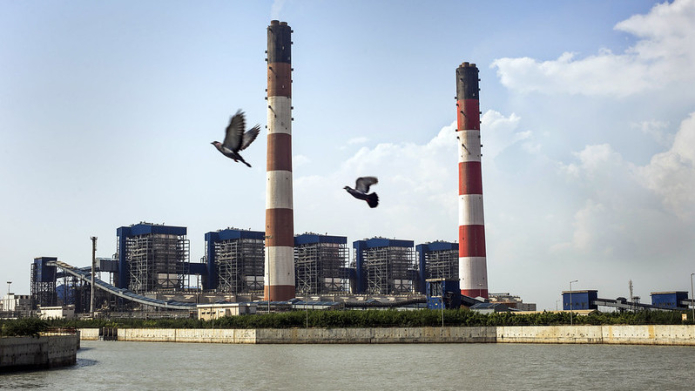 The first of 16 Ultra Mega Power Projects (UMPPs) to be commissioned in India, the Tata Mundra UMPP is located in Tunda village at Mundra, in the Kutch district in Gujarat. The power plant is fuelled by sub-bituminous coal, imported primarily from Indonesia. The power plant is owned by Tata Power. It has a total installed capacity of 4,000 megawatt. It consists of five units generating 800 megawatt of electricity each. Given that the average coal plant produces around 500 megawatt, this plant represents a huge source of greenhouse gas emissions. The project has also been marred with serious social as well as environmental impacts.

Financiers of the Tata Mundra project should:

2. Develop a remedial action plan that has a clear timeline, specific targets and monitorable indicators that address restoration and reparation needs; and

3. Withdraw their funding immediately from the Tata coal plant and not consider funding any project expansion.

A number of social impacts have been outlined by the eminent fact-finding mission which visited Mundra in April and May 2012, reported in the Real Cost of Power.

Women's safety, security and free access to their livelihood sources have been obstructed. Communities constantly complain about the presence of a large migrant labour force being a cause of women's safety concerns.

In fishing families, women work alongside men, in sorting, drying, and often taking the products to the market. Thus, free and safe access for women to all these areas is a precondition to their daily life and enterprise. In several fishing settlements around the Tata Mundra plant, the issue of local women not being allowed to enter some areas was reported to the fact-finding team by these women themselves.

The name of Tata's/CGPL's Korean Colony came up on a number of occasions, as a place unsafe for women and where incidents might have happened. Since the Tata Mundra UMPP is using many Korean-supplied machinery, there is a settlement of Korean workers. Some men also raised the issue of the presence of a large migrant labour force being a cause of concern for these women's safety. Instead of taking corrective measure in this regard, the company has decided to ban local women from entering some areas.

Environmental impacts were also outlined by the fact-finding mission and reported in 2012 by BIC in the Real Cost of Power.

The impacts noted above by the fact-finding team were found at a time when only one unit of the 4,000 megawatts plant was operational. Now that all units of the project are on stream, the impacts are manifold, and according to a follow-up report by a member of the fact-finding team, are not being monitored by either the Tata or the Government. For example, an increase of 20% of severe respiratory diseases among children in the villages near to the Mundra plant has been reported by a local doctor. Coal dust and fly ash is putting the lives of people and that of animals and horticulture at risk.

The Maharashtra State Electricity Distribution Company (MSEDCL) has received the go-ahead from the state government to revise tariffs for Tata Power’s Mundra unit, according to people in the know.

Tata's Coastal Gujarat Power (CGPL) subsidiary, which operates the plant, has already served closure notices to five Indian states that buy electricity from the plant, seeking amendments to long-term electricity supply contracts to pave the way for tariff revisions. Of the five states only Gujarat has approved the amendment to its 2007 supply contract. Haryana, Rajasthan, Punjab and Maharashtra states have not made a decision.

The Mundra plant has been running at a loss after a 2012 regulatory change in Indonesia required suppliers to sell coal at a regulated benchmark price, which raised Tata's coal costs. The steep increase in costs prompted Tata to petition India's power ministry, approach the Central Electricity Regulatory Commission (CERC) and take court action to try and resolve the issue while also engaging with the relevant states.

Tata Power said it has refinanced INR3,864 crore (USD573 million) loans for its 4,000 megawatt Mundra ultra mega power project (UMPP) in Gujarat which will help the plant save around INR77 crore a year in interest cost [...] Axis Bank has joined as a new lender to the existing rupee lenders consortium, pursuant to the refinancing exercise, in line with the regulations, the filing said.

Chevron, EDF and BNP-Paribas have been awarded Pinocchio Climate Awards for their roles in undermining climate action and harming local communities

Climate talk sponsor BNP-Paribas was awarded its prize for financing coal around the world, including huge coal-fired power plants in South Africa and India. EDF received the award for using its controversial sponsorship to brand nuclear power as a "clean" energy source and for its continued investments in fossil fuels, with 16 coal power plants worldwide, including some of the dirtiest in Europe.

Fishing communities and farmers from India, represented by Earthrights International filed a suit against the IFC. Earthrights allegations are that the IFC caused the loss of the livelihoods of these communities, destroyed their land and water and created threaths to their health by funding the Tata Mundra coal-fired power plant. The lawsuit is seeking compensation for harm to property and economic livelihoods, and asks the court to order the IFC to enforce the provisions of the loan agreement which were intended to protect local communities and the environment to minimize future harm. This lawsuit marks the first time a community harmed by a World Bank Group project has filed a suit. For more information see Earthrights International.

Report by the Compliance Advisor Ombudsman

One year after his audit report which listed a number of serious violations of the IFC's policies while financing the Tata Mundra project, the Compliance Advisor Ombudsman published a monitoring report finding that the actions undertaken by IFC are insufficient. This new report states that IFC has failed to address the key points raised by the CAO report. In response to the monitoring report, MASS, the Association for the Struggle for Fishworkers Rights, demands World Bank President Jim Kim to withdraw IFC financing from the Tata Mundra UMPP project. MASS already rejected the IFC's action plan in 2013 and states that this once more confirms that it was indeed "non-serious and non-committal". Read more.

Commitments of the following banks; State Bank of Bikaner & Jaipur, State Bank of Hyderabad and State Bank of Travancore. State Bank of Indore could not be identified but took part in the first tranche of the loan. According to the Thomson financial database BNP Paribas and the Export-Import Bank of Korea were also lenders for this tranche.

Adani Loses Nearly All Its Investment On Mundra Power Plant

The IFC Reveals Its True Colors: No Accountability For Project Violations

Tata Power may not source coal from Indonesia for Mundra

India unlikely to be able to afford Australian coal

Press release – The beginning of the end of imported coal in India: report exposes economic flaws

BNP Paribas: the bank for a changing climate

States to go to tribunal on compensation to Adani, Tata

States to go to tribunal on compensation to Adani, Tata

Tata Mundra: IFC’s Action Plan on CAO report is empty, is a non-starter

Tata Mundra Project to undergo a full audit by the CAO

An Assessment of Death and Diseasecaused by India’s Dirtiest Energy Source
2013-03-12 00:00:00 | Urban Emissions in partnership with the Conservation Action Trust and Greenpeace India
correspondence

Letter from MASS to BNP Paribas

The Real cost of Power

To the Office of the Compliance Advisor/Ombudsman (CAO) of the IFC
2011-06-11 00:00:00 | Machimar Adhikar Sangharsh Sangathan (MASS – Association for the Struggle for Fishworkers’ Rights)

Profile of the Tata Mundra project as part of the Coal Issues portal on SourceWatch, a project of CoalSwarm and the Center for Media and Democracy.
http://www.sourcewatch.org/index.php/Tata_Mundra_Ultra_Mega_Power_Project

CAO (the IFC's compliance ombudsman) page relating to the complaint made in 2011
http://www.cao-ombudsman.org/cases/case_detail.aspx?id=171

On the legal compliant from local communities against the IFC.
http://www.earthrights.org/legal/tata-mundra-coal-power-plant

The Government of India created a plan to provide "power for all" within its eleventh Five-Year Plan (2007 - 2012), through the creation of an additional electricity generating capacity of at least 100,000 megawatt by 2012. The Ultra Mega Power Projects, each using super-critical technology and with a capacity of 4,000 megawatt or above, are being developed with the aim of bridging this gap.

Through the UMPP programme, the Power Finance Corporation (PFC) of the Indian Government creates and manages shell companies and acquire land, secure coal mines or delivery commitments and secure the necessary clearances before giving private companies the chance to acquire the shell company under competetive bidding (source: Forbes, SourceWatch).

There are 16 UMPPs envisioned, of which Mundra UMPP was the first to be commissioned. The special purpose vehicle Coastal Gujarat Power Ltd (CGPL) was incorporated on February 10 2006, and acquitted by Tata Power on April 22 2007 (source: Tata). The first 500 megawatt unit of the power station was commissioned in March 2012, and the fifth and last was commissioned in March 2013. In May 2013, Tata revealed that it was considering adding a further two units of 800 megawatt each, outside of its existing price agreements with the government.

Due to a policy change by the Indonesian government in regards to coal prices, CGPL would not be able to recover the full cost of fuel through its tariff charged to its customers. In view of this, CGPL submitted a petition to the Central Electricity Regulatory Commission (CERC) for compensation. CERC ruled that CGPL was entitled to a compensatory tariff to offset additional fuel costs and was allowed to charge higher rates as of March 2014. According to an estimate dues for Tata Power's 4,000 megawatt Mundra plant for March 2014 are USD54.9 million.

The project has been marred with serious social and environmental impacts. The affected communities, organized under Machimar Adhikar Sangharsh Sangathan (MASS - Association for the Struggle for Fishworkers' Rights), have been raising these issues in various forums, and in 2012 sent an international fact-finding team to report on the plant's impacts.

MASS also filed in 2011 a formal complaint to the Compliance Advisor Ombudsman (CAO) the independent recourse mechanims of the International Finance Corporation (IFC), the private sector lending arm of the World Bank. This process led to a full scientific investigation of this project, and the CAO compliance audit validated key aspects of the MASS complaint in 2013.

Early 2014, the Asian Development Bank (ADB) followed suit and approved the recommendation of its accountability mechanism, the Compliance Review Panel (CRP) for a full investigation of this project, after finding prima facie evidence of non compliance with ADB policies and procedures.