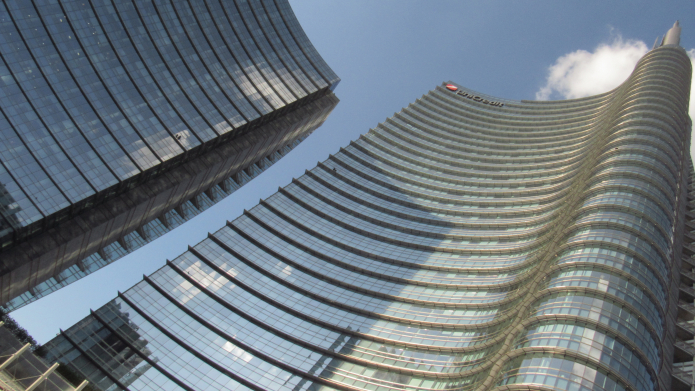 In September 2020, UniCredit adopted a coal policy that ranked among the best practise in Reclaim Finance’s Coal Policy Tool. Less than a year later, UniCredit loses its “best in class” credentials for participating in a billion euro financing operation for European coal addict EPH. It sends the wrong signal to the coal industry and undermines the credibility of UniCredit’s coal phase out plan.

In August 2020, UniCredit published (what appeared to be) a very robust coal policy. The Italian bank committed to phase out coal by 2028, an ambitious timeline compared to its peers, and required that all coal companies provide a compatible phase out plan by the end of 2021. UniCredit also committed to exclude coal expansionists, including companies that acquire existing assets.

And yet, less than a year after publishing this policy, UniCredit contributed to a billion euro loan operation to support EPH, a coal company still acquiring coal assets while the urgency is to shut them down. The bank argues that it’s not technically a breach. We disagree. In any event, by agreeing to new financing for coal giant EPH, a longstanding client of UniCredit, the bank is sending a signal that there will always be exceptions for old friends, and undermines the credibility of its coal phase out policy. Until UniCredit strengthens its stance against EPH, it is not setting a good example for the rest of the finance community.

“Over the past two years we have praised UniCredit as a bank conscious of climate and environmental-related issues. This loan to coal addicted and climate killer EPH puts everything into question, risking to bring the bank back on the same level as Italy’s number one fossil bank, Intesa Sanpaolo. Policies have value only if followed through until the very end”, Simone Ogno, Finance and Climate campaigner, ReCommon.

EPH, a red flag for any credible coal policy

EPH should definitely be a red flag for any credible coal policy. EPH was established in 2009, when the impact of coal on global warming was already well known and science-based. This did not stop EPH from buying old coal power plants and coal mines across Europe, operating them for as long as possible. In doing so, EPH has undermined efforts to accelerate the coal phase out in the EU. Twelve years later, according to the Global Coal Exit List data, EPH stills draws more than 20% of its revenue from coal-related activities: 46% of EPH power production is coal-based and the company produces 40 million tons of coal per annum. And the future is not looking much brighter: EPH has not shown any intent to shut down all its coal plants and mines before 2030, and even less so before 2028, UniCredit’s deadline for a coal phase out. EPH hasn’t even committed to stop increasing its coal capacity.

In fact, EPH is currently acquiring the remaining 58% of Schkopau lignite coal plant from Uniper which is due to operate until 2034. The deal was in the making at the time UniCredit adopted its policy but still subject to approval. According to publicly available information, it should be finalized in October 2021. This is clearly not in line with UniCredit’s policy excluding companies acquiring coal assets. It will be the litmus test for UniCredit’s credibility. If the deal is finalized and UniCredit does not take immediate action to phase out the relationship with EPH, UniCredit will be in breach of its own policy.

The decision should be an easy one to make given that a few months later, by end 2021, UniCredit has committed to stop providing new financial services to coal companies that have not published a detailed coal phase out plan consistent with the bank’s 2028 exit date. Unless EPH is planning an unforeseen and unexpected “miracle” coal phase out by 2028, UniCredit will no longer be providing EPH with new financial services in 2022.

In the case of some coal companies not exactly in line with the bank’s provisions, UniCredit is considering the possibility to limit its financial services to “green financing” instead of phasing out the relationship. For the policy to remain credible, there are three golden rules to follow:

UniCredit’s coal policy’s credibility is at stake. It’s time to rise to the challenge and EPH is the first test. The bank can become a rising star in the realm of climate action if it makes the right decisions in the next few months.