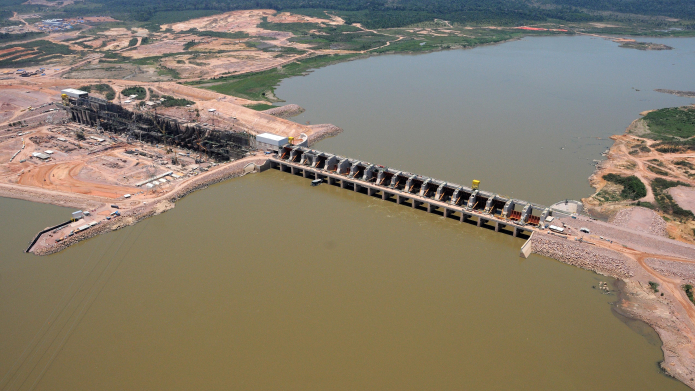 When a group of banks came together in January to launch the Green Bond Principles, our immediate concern was that the group’s reluctance to adopt guidelines about what can be considered “green” risked setting the initiative up to fail.

It looks like these fears are closer to being realized, as GDF Suez’s recent green bond issue - the largest green bond so far by a corporation – is reported to be raising money for the controversial Jirau Dam in Brazil, and potentially other damaging projects. Crédit Agricole, the bank which acted as Structuring Advisor and coordinator of the bond issue, and Citi, the deal’s other coordinator, were two of the Green Bond Principles’ four founding partners.

In its issue, GDF stated that, to be eligible for support, projects must meet social and environmental criteria in five areas, including environmental protection, contribution to local development and the well-being of local communities. Vigeo, an ESG ratings agency, confirmed that the bond’s pipeline met their sustainable development standards.

However the Jirau Dam is a long way from being “sustainable.” The project, together with the Santo Antônio Dam, is one of two large dam projects completed on the Madeira River, the largest tributary to the Amazon. Although both dams are designed as “run of the river”, meaning that they do not count on a traditional storage reservoir, they both still cause the large river to flood its banks. Both dams are large dams over 15 meters in height, and both have unleashed serious and perhaps irreversible impacts on freshwater ecology and nearby communities.

For example, scientists have pointed out that several valuable migratory fish species may suffer near-extinction as a result of the dams. Consultation with affected communities and indigenous people was poor, and the Brazilian government’s indigenous protection foundation has confirmed that there are completely un-contacted indigenous populations living in the area. Meanwhile, sedimentation and water quality are of great concern as the dams trap nutrients and vegetation in the river bed where they accumulate and decay, turning the river toxic. Indeed, the reservoirs have recently exacerbated flooding due to historic rainfall in the region, displacing thousands of people from homes from Brazil to Bolivia.

Much of the bond’s €2.5 billion (US$3.4 billion) price tag is meant to finance projects with greater social, environmental, and climate benefits than the Jirau Dam. But with 64% of the issue apparently purchased by socially responsible investors attracted by the bond’s ‘green’ positioning, how many of these investors were able to scrutinize the project’s pipeline in enough detail to realize what they were supporting?

It is notable that the previous record-holder for the largest corporate green bond issue, Electricité de France (EDF), another large French player in the renewable energy market, has avoided scrutiny over the green credentials of its bond issue by unambiguously restricting the use of the proceeds for investments in wind and solar projects, excluding large dams altogether.

Until issuers agree to adhere to strong criteria on what can and cannot be considered “green,” a “green bond” such as this issue from GDF Suez may still be a disastrous investment for both people and planet. Buyer beware.

This post was originally published on Environmental Finance under the title "Is GDF's Green Bond issue really green?".