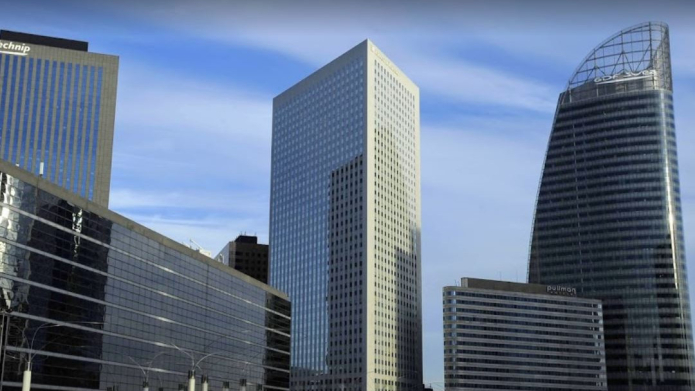 ENGIE, founded in 2008 and known as GDF SUEZ until April 2015 engages in the power, natural gas, and energy services businesses. The company operates through France Excluding Infrastructures, France Infrastructures, Rest of Europe, Latin America, USA & Canada, Middle East, Asia, & Africa, and Others segments. It provides energy sales and services for buildings and industry, cities and regions, and infrastructures, as well as to individual and professional customers; and operates natural gas transportation, storage, and distribution networks and facilities, and LNG terminals primarily in France, as well as sells access rights to these terminals.

ENGIE hasn't provided a comprehensive coal phase-out schedule yet which is not in line with the goals of the Paris Agreement. The company aims to convert its coal-fired plants to fossil gas and biomass. Moreover it is supplying and trading 2.5 million tons of biomass annually. The carbon emissions of burning wood to generate energy carries significant climate, environmental as well as economic risks.

ENGIE's targets are classified in the category 2° Celsius according to the Science Based Target iniative (SBTi) accreditation. This means that ENGIE's targets are not compatible with the Paris climate agreement, whose goal is to limit global warming well below 2° Celsius. ENGIE claims it cannot commit to any scheme under a 1.5° Celsius framework, because doing so would require the company to sell off more assets.

The planned conversion of coal-fired plants into biomass plants entails further emissions, mainly from the combustion of wood biomass. Wood, for example, in the form of pellets, is the most common form of biomass and, unlike popular belief, is about as harmful to the climate as coal. Global demand for wood pellets for biomass is devastating irreplaceable forest ecosystems. Damaging logging practices such as clear-cutting, and the conversion of natural forests into managed or plantation forests are additionally associated with the trade of biomass. The EU's Joint Research Centre found in this regard that the use of biomass not only leads to higher emissions but also poses a risk to biodiversity and ecosystem health.

ENGIE's decarbonization plan rests heavily on untrustworthy approaches, like burning fossil gas with carbon capture and storage technology. However, carbon capture infrastructure is known to be unreliable, reportedly prone to leaks and improper storage. Moreover, ENGIE hopes to "green" natural gas by using renewable hydrogen, even though more than 95% of industrial hydrogen is extracted from fossil fuels.

The group also plans to decarbonize using biomethane and synthetic methane. Even if they're not as damaging as conventional fossil gas, these gases, when burned, still create carbon dioxide and impact the climate. Rather than looking for a silver bullet, ENGIE must commit to full decarbonization through renewable energy sources like wind and solar.

Engie has issued several bonds, which were underwritten by several commercial banks:

A complete overview of Engie's outstanding bonds can be accessed here.

There are no projects active for ENGIE now.
on record

The European Investment Bank (EIB) has pumped billions of euros into polluting fossil fuel companies over the past two years despite talking up its climate credentials, new research by Counter Balance and CEE Bankwatch Network reveals.
2022-06-15 | Counter Balance
blog
external news
our news

Climate: yet another washout from ENGIE

France's Engie Pulls Out of US LNG Deal Talks

Fear of change could precipitate demise of Europe’s energy giants