Home › Blog
Climate change could cause the next great recession, the Biden administration can prevent it
By: Ben Cushing, Sierra Club
2021-08-25 Contact: 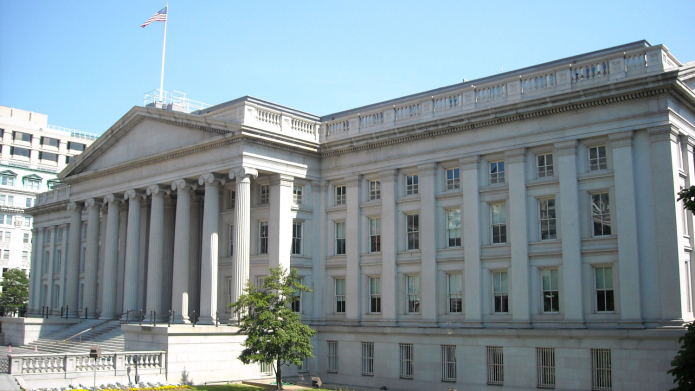 US Treasury Secretary Janet Yellen is scheduled to release a report from the Financial Stability Oversight Council, with recommendations for mitigating climate risks. Photo: AgnosticPreachersKid via Wikimedia Commons (CC BY SA 3.0)

Imagine if we could go back in time, to before the 2008 financial crash and the Great Recession that followed. Knowing what we know now, we would expect our leaders to rein in Wall Street’s reckless behavior, which ultimately caused the worst financial crisis since the Great Depression.

We can’t turn back the clock, but we can take action today to ensure that history doesn’t repeat itself. Right now, the same financial institutions that caused the Great Recession are once again taking risks that threaten our financial system and the entire economy. But this time, those risks are from climate change.

Recognizing this threat, President Biden issued a historic Executive Order in late May addressing the intersection of financial risk and climate policy. The order made the case for bold federal action to address the risk climate change poses to our financial system and directed administration officials to develop a series of recommendations on how to do so. Next month, we expect to see the first of these strategies unveiled when the White House—under the leadership of National Economic Council Director Brian Deese and National Climate Advisor Gina McCarthy—is due to complete a government-wide roadmap for identifying and mitigating climate-related financial risk.

This strategy must be publicly released, as it will tell us how seriously the administration is taking this crisis and what tools it will use to address it. And let’s be clear: The threat is serious, and it’s growing more dire the longer we wait to act. The climate crisis is already having major effects on our economy and our society, and those will become increasingly catastrophic if we don't act now. One estimate suggests that if we remain on our current course over the next 30 years, global economic losses could rise to as much as $23 trillion per year, threatening the stability of our financial system. Regulators must ensure that our financial system is protected from the impacts of the climate crisis.

Unfortunately, right now the largest US financial institutions aren’t just failing to prepare themselves to withstand these growing risks; they’re also exacerbating the threat by pouring billions of dollars every year into new fossil fuel development. The largest US banks—JPMorgan Chase, Citigroup, Wells Fargo, and Bank of America—were by far the world’s largest funders of fossil fuels in the years following the Paris Agreement.

Federal regulators must put guardrails on Wall Street to help ensure that our financial system is equipped to withstand climate-related shocks. If the big banks aren’t held accountable for their risky bets and their continuing investment in fossil fuels, the impact on communities, small businesses, pensions, and families could be devastating.

The good news is that after the last financial crash, the Dodd-Frank Act was passed to help safeguard the financial system and the economy from major risks. The law gives financial regulators the tools and the mandate they need to act on emerging threats such as the climate crisis. So we don’t need to wait for Congress to act—we just need the Biden administration to pick up the tools already at its disposal and put them to use.

The executive order in May was the starting gun from President Biden for his administration to get to work on this issue. The report, due out next month, should lay the groundwork for regulators to take action in two important ways.

First, it must address the ways the federal government currently contributes to climate change risk. For example, the strategy should call for an end to all government subsidies for fossil fuel companies and ensure that  federal emergency lending programs no longer aid the expansion of fossil fuel reserves or infrastructure. It should also call on the Department of Labor to change rules that make it difficult for pensions and retirement plans to protect workers and retirees by taking climate risk into consideration when choosing investments.

The second critical element of the Biden team’s strategy should be an acknowledgment that the federal government’s climate risks are closely tied to the financial system’s climate risks, and it must send a clear message that the Treasury Department and financial regulatory agencies should use all the tools available to them to address climate risks. That means halting investments that further exacerbate the climate crisis and  making sure financial institutions are able to withstand climate-related shocks and losses.

This fall we’ll get a clearer picture of how financial regulators plan to use those tools when Treasury Secretary Janet Yellen is scheduled to release a report from the Financial Stability Oversight Council (FSOC), with recommendations for mitigating climate risks. The FSOC, created under the Dodd-Frank Act, is comprised of major financial regulatory agency leaders. Currently chaired by Yellen, the council is charged with identifying and tackling emerging systemic risks like the ones that caused the Great Recession. The new FSOC report, expected by mid-November or sooner, should lay out specific actions that agencies should take to address the climate threats to our economy.

So, what would a strong government-wide approach to climate financial regulation look like?

Our leaders must act boldly in response to what we already know about the climate effects on our collective well-being. Continuing to gather more data about climate risk, as well as requiring banks to disclose their contributions to the climate crisis and their plans to respond to it, are necessary steps. But we have enough information already to know that we need substantive reform and safeguards now to protect communities and the economy. As international regulators have found, major banks are not doing nearly enough to manage their own climate risks. We will likely never have data that is 100 percent complete and predictive, and if we wait for that to act, we’ll have waited far too long.

Agencies must mitigate climate financial risk and curtail the investments that are driving the climate crisis. Banks aren’t a neutral force or a passive intermediary in our financial system. Right now, they’re actively driving climate chaos by pouring trillions of dollars into the fossil fuel companies that are overwhelmingly responsible for the climate crisis.

Regulators need to help steer public and private investments toward a healthier, clean energy economy, and hold banks accountable for their risky fossil fuel investments. They can do this by using tools like stronger supervision, stress tests, higher capital requirements, capital risk weights and surcharges, portfolio limits, and other activity restrictions for big banks. It is also critical for regulators to target these risks wherever they may exist, including outside the traditional banking system. Applying these types of safeguards to asset managers, insurers, and other financial companies is vital.

Regulators must also center racial and economic justice in their strategies to decrease funding for fossil fuels. Low-income communities and communities of color have faced environmental injustices for decades. Without government action, these communities will continue to bear a disproportionate burden from the effects of toxic pollution and the climate crisis, as well as the economic upheaval caused by the transition to a clean energy economy. They will also be the ones hit hardest in the event of another financial crisis. Agencies must identify mitigation strategies that address, rather than exacerbate, the disproportionate harm done to vulnerable communities.

Wall Street’s risky investments in the fossil fuels that are driving the climate crisis, pose a dire threat to our communities and our economy. Not only does the Biden administration have the authority to deal with this, it also has the strong backing of US voters, who have repeatedly expressed their support for holding Wall Street accountable for its risky investments.

Getting climate financial regulation right is key to protecting our communities from the climate crisis and the economic chaos it will create. The Biden administration has all the tools it needs to prevent a climate-driven Great Recession. We’ll be watching in the coming months to see how they plan to use them.

Reposted with permission from the website of the Sierra Club.