Home › News
Swedish banks linked to the war in Yemen
The seven largest banks in Sweden continue to finance and invest billions in companies involved in controversial arms exports, for example to countries participating in the Yemen conflict. This is shown in a follow-up report by Diakonia and the Fair Finance Guide.
By: Diakonia & Fair Finance Guide Sweden
2020-02-06 Contact: 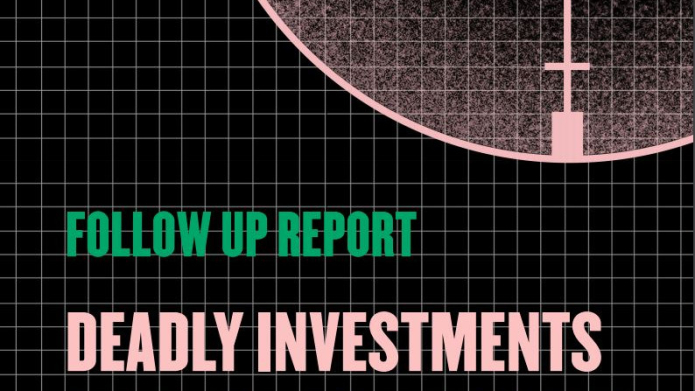 Swedish banks are linked to arms deals such as exports of grenade launchers and combat command centers to the United Arab Emirates, and engines to fighter aircraft in Saudi Arabia. Both countries are fighting parties to the Yemen conflict, where people flee from air strikes and bomb attacks in what the UN calls the world's largest humanitarian crisis. The role of the banks are assessed in the follow-up report Deadly Investments - Swedish banks’ financial links to companies involved in controversial arms trade.

According to the report, the seven banks (Danske Bank, Handelsbanken, Länsförsäkringar, Nordea, SEB, Skandia and Swedbank) still have financial links to a total of 15 companies involved in controversial arms exports. These are companies that export weapons-related products to countries that are classified as authoritarian regimes, violate human rights or are involved in armed conflicts.

"The banks have the responsibility to ensure that peoples’ savings do not support arms exports to countries that oppress their populations or participate in armed conflict including the war in Yemen," says Penny Davies, policy adviser at the aid organization Diakonia.

In total, the seven banks' funds invested SEK 4.6 billion in the companies, as of year-end 2018/2019. In addition, four of the banks (SEB, Danske Bank, Nordea and Swedbank) have also provided loans and other financing services to six of the companies, worth a total of SEK 20.7 billion. In total, this amounts to over SEK 25 billion, of which SEK 23 billion went to companies that have exported various types of military equipment to the warring parties in the Yemen conflict.

Some improvements made but breaching their own guidelines

Since the last review in 2016, some progress has been made. The banks' total investments in the companies have decreased and all the banks have improved their guidelines on controversial arms exports. At the same time, the report shows that four of the banks (Länsförsäkringar, SEB, Skandia and Swedbank) are in breach of their own guidelines, and thus their promises to the bank clients. At SEB and Danske Bank, some of the companies were also found in the banks' ethical and sustainability funds.

It is also noteworthy that the banks support the companies in more ways than through investments, e.g. loans.

“The fact that the banks provide loans to the arms companies is even worse than their investments. These loans help the companies to finance their operations. The banks should place much higher demands on companies in order for them to borrow money. Many bank customers would also appreciate that”, says Jakob König, researcher and project manager for the Fair Finance Guide at the Swedish Consumers’ Association.

The assessment is limited to the banks' fund investments and loans and other financing services (bond issuance) to 15 selected arms companies at year-end 2018/2019. The arms companies have exported weapons to 49 countries during the period 2014-2018, which are considered to be particularly controversial destinations for arms exports. Read more about the review method in the full English report