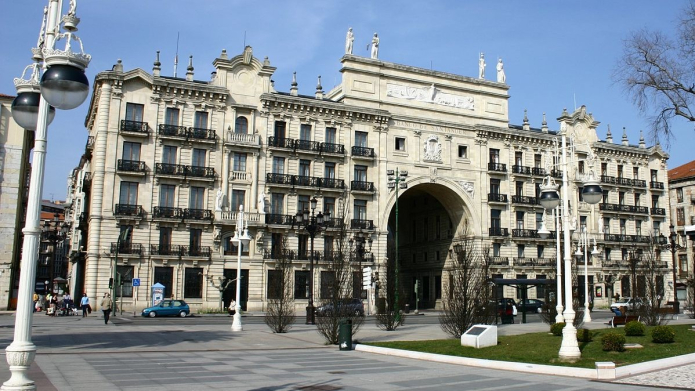 Following a recent update to its coal finance policies, Spain’s biggest bank Banco Santander has committed to ending its direct financing of coal projects (mining and power) worldwide, a decision welcomed as a good move by NGOs. Santander’s new commitment comes just a few weeks after the release of a video pushing banks including Santander to end their coal financing.

The policy changes make Santander the twenty-first major international bank to commit to end project finance for new thermal coal mines, and the nineteenth to do the same for new coal plants worldwide.

However the new commitment does not compel Santander to stop financing coal power companies, and will not see the bank cut its ties with companies such as PGE, Poland’s biggest utility and one of Europe’s top polluters. In September this year, Santander was one of a group of banks which provided PGE with a 950 million euro syndicated loan to support the company’s coal plant development plans.

“This is a welcome and long overdue decision from Banco Santander. It will see it no longer directly financing corrupt, highly embarrassing dodgy coal deals such as the Punta Catalina project in Dominican Republic, which Santander financed in December 2015 right after COP21 in Paris.

“Santander’s lack of ambition, though, at a time when banks need to really step up and reduce their exposure to fossil fuels in big, new ways to tackle climate change as demanded by the ‘Fossil Banks, No Thanks!’ campaign, is disappointing. By failing to exclude any of its coal clients from future support, Santander is still nowhere near moving beyond coal.”

Santander’s progress on ending its direct financing of coal projects is insufficient as more than 90% of coal financial flows take place via indirect financing to coal companies.

The bank’s new guidelines contain no immediate exclusion criteria for its existing coal customers which would tackle its financial assault on the climate. To date, several European banks have adopted such criteria, blacklisting significant coal producers and coal utilities.

“We welcome Banco Santander's tightening of its climate policies, a positive step towards limiting global warming to 1.5 degrees. However, it needs to deal as soon as possible with the loopholes in these policies to ensure it moves its capital fully away from carbon intensive economic sectors. This means adopting commitments to cease financing the coal sector as a whole, including all companies such as PGE listed in the Global Coal Exit List.”

As BankTrack and partners revealed last week in a new research report, over the past three years Santander has provided more than US$1.6 billion in financing for six major companies actively developing new coal plants around the world. The bank has done this via general corporate financing, which will not be affected by the new policies.

See BankTrack’s most recent analysis (December 2018) which identified that, over the last three years, total lending from banks to coal plant developer companies was comprised of 8% project finance and 92% general corporate finance.

See the list of banks that have restricted indirect coal financing.