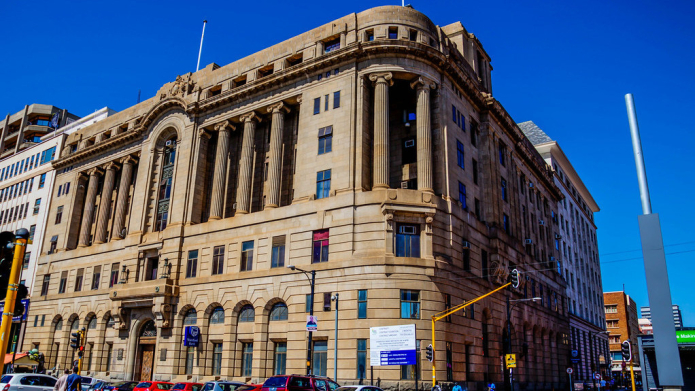 This morning South Africa’s largest bank, Standard Bank, published its new climate policy, after the bank committed, under shareholder pressure last year, to set goals to reduce its fossil fuel exposure. While the new policy does include some steps forward, it will not prevent the bank from financing the East African Crude Oil Pipeline (EACOP) or other projects which will expand the fossil fuel industry in the midst of a climate emergency.

Standard Bank promised shareholders that it would publish a climate strategy and set targets to reduce its fossil fuel financing after a group of shareholders had tabled a resolution demanding climate action from the bank. However, the new policy fails to set an overall target to zero out fossil fuel financing directly, instead of focusing on reducing financed emissions to net zero by 2050 and cutting “advances” (e.g. lending levels) to specific sectors. This falls far short of the immediate end to finance for fossil fuel extraction that civil society has called for, and ensures the bank continues to lag behind regional competitors such as Nedbank.

Maaike Beenes, Campaign Lead Banks and Climate for BankTrack, said: “Contrary to its commitment to shareholders of last year, Standard Bank has not set an overall target to reach zero exposure to fossil fuel companies, and its interim targets do not require it to reduce absolute financed emissions. The policy and targets published today are nowhere near aligned with the goals of the Paris Agreement, and instead indicate a willingness to continue financing projects and companies that will damage the climate and the health of people in the communities it is supposed to serve.

The new policy introduces a goal of reaching ‘net zero’ financed emissions by 2050, following the 1.5˚C scenario of the Network for Greening the Financial System (NGFS). This scenario has been criticised for failing to acknowledge the need for a sharp reduction in fossil fuel production and for relying on assumptions that risk significant global warming overshoot. In addition, the bank’s interim targets are weak and will only reduce the bank’s new lending to specific fossil fuel activities relative to its overall lending, rather than targeting an absolute decrease in financed emissions. For example, on upstream oil, the bank commits to a reduction in “group advances” of only 5% by 2030. This allows for lending to new oil extraction projects to continue almost unrestrained. Meanwhile, the IEA has said no new fossil fuel developments should proceed if the world is to succeed in limiting global warming to 1.5˚C.

The new policy will do nothing to prevent Standard Bank from financing EACOP, the planned crude oil pipeline through Uganda and Tanzania for which Standard Bank has been acting as lead financial advisor since 2017. This leaves the bank isolated among its African peers, who have all ruled out financing for the controversial project.

Omar Elmawi, Coordinator of the #StopEACOP coalition, stated, “Standard Bank has failed to pounce on an opportunity to show climate leadership by genuinely taking climate action. What they have opted to do instead is to continue ignoring the imminent danger that is already affecting Africa, and to put the continent on an even more dangerous pathway. By continuing to be involved in EACOP, Standard Bank is not only endangering the whole continent but is also facilitating a project that is mired in human rights violations. Instead of the bank driving Africa’s growth, it seems determined to drive the continent to its destruction.”

There are positive moves in the policy, however, these all contain substantial loopholes. Notably, the policy now excludes financing for new or expanded capacity of existing coal-fired power plants. There is also a curious provision for coal mines: financing for new mines will be excluded unless “there is an overall positive environmental impact”. The bank has said this could apply for example to cases where an existing power plant sources its coal from a far-away mine, and opening a new mine close by would reduce emissions from transport. It is hard to imagine how this would be possible in practice. The emissions and other environmental impacts associated with opening a new coal mine to provide feedstock for an existing power plant - especially in circumstances where coal-fired power is neither least-cost nor required for energy security- would clearly outweigh any claimed “positive environmental impact”.

For coal mining and coal power companies, the policy seems to commit only to reducing the percentage of the bank’s total financing. In addition, the policy only applies to companies that derive more than 50% of revenues from coal mining activities, an incredibly high threshold that will mean most companies will be able to avoid exclusions. The policy also does not restrict financing for companies involved in developing or operating coal mines and power plants or to companies that provide services to the coal sector, including construction and operation contractors, traders, and retailers.

Furthermore, the policy says Standard Bank will not finance gas projects, unless they have “zero to minimal fugitive emissions or (...) are committed to reducing the carbon intensity of (...) LNG plants.” Based on the bank’s belief that gas is a transition fuel, it will actually “prioritise finance for constructing gas-fired power plants when (...) converting existing coal- or oil-fired power plants (...).”

Finally, the policy restricts financing for some oil projects, notably the extraction of tar sands and shale oil or associated export facilities. New oil-fired power plants or the expansion of existing plants are also excluded, but not when they “provide support services as part of an integrated renewable energy power plant”.

Although the concept of a just transition is mentioned several times in the policy, the bank persists with its highly problematic narrative (contradicted by overwhelming evidence) that fossil fuels are required for the development of African economies and for energy access, leading it to continue financing the expansion of the industry, instead of supporting a genuine just transition for communities across the continent.