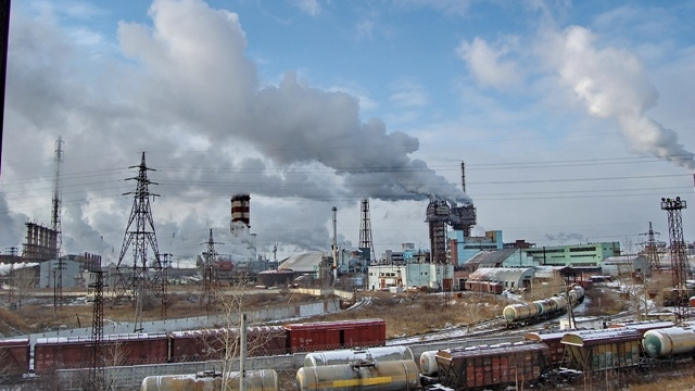 The coalition addressed the IPO bookrunners (UBS, Morgan Stanley, and Renaissance Capital) with an open letter urging them only to support the IPO if the company seriously commits to resolving its social and environmental problems. According to the report published alongside the open letter, Uralchem’s disregard for environmental safety has lead to several fatal accidents in the past year, and seriously damages the quality of air and water in the towns of Kirovo-Chepetsk, Voskresensk and Berezniki.

In Voskresensk, a 200m tall mound of phosphogypsum, illegally heaped by Uralchem’s plant, threatens to leak toxic phosphoric acid into Moscow River. In 2010 alone, the Russian Ministry for Natural Resources made three announcements that may herald a criminal court case against Uralchem and its Voskresensk plant.
This is only one in a host of problems (environmental crimes, financial machinations, neglect of equipment and employees, and various corresponding court cases) that, according to the NGOs, should ring loud alarm bells for the company’s bookrunners and potential future investors.

Uralchem’s plans to build a reprocessing plant in Dieppe, France, not only met strong resistance from locals and environmentalists (Les Verts, Europe Ecologie) but also attracted the attention of a number of MPs. This political risk has likewise been overlooked by the preliminary offering prospectus.

“We would like to warn investors who plan to put their money in a company with such a reputation. Uralchem have time and again acted completely irresponsibly towards Russian society, state, and minority shareholders, so we have serious reasons to doubt it will be more responsible to investors from abroad. We think that the money made on the IPO will be used to pay off the company’s debts, while Uralchem’s plants continue to choke whole towns and produce fertilisers which fail quality control by the lorry load,” – said Maxim Shingarkin, Fond Grazhdanin.

“We do not want to see our town suffering from toxic pollution. Or consumers in France and the UK endangered by Uralchem’s dubious quality fertiliser from Dieppe. Or investors in the West putting their money into this dangerous corporation. So an IPO should only be carried out when the company cleans up its act,” – said Iolanta Avril, Les Verts, Dieppe.

1. United Chemical Company Uralchem OJSC, registered in Cyprus and controlled by businessman Dmitry Mazepin, is one of Russia’s leading chemical fertiliser producers. To cover its debts of over $1 billion, the company has announced plans to float $600m worth of shares on the London Stock Exchange – one of the year’s biggest IPOs according to The Times. http://business.timesonline.co.uk/tol/business/industry_sectors/industrials/article7109824.ece

2. The report has been researched in Russia by International Socio-Ecological Union, Fond Grazhdanin, and Institute for Globalisation and Social Movements. English edition supported by Platform-London (UK) and BankTrack (Netherlands).

4. The open letter and report, as well as further information on the campaign in English can be found at http://www.banktrack.org/show/dodgydeals/uralchem