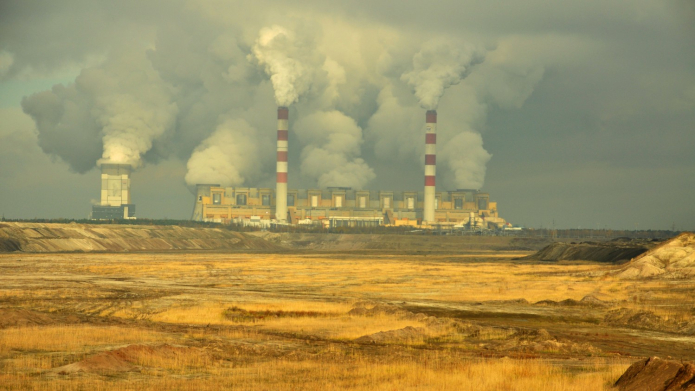 European anti-coal campaigners have slammed the decision by an international consortium of commercial banks to provide a loan of more than EUR 950 million to support the coal development activities of PGE (Polska Grupa Energetyczna), Poland’s biggest utility and one of Europe’s top polluters.

The loan is expected to support PGE, already 91% dependent on coal for its total energy generation, in its PLN 1.9 billion upgrading of existing coal plant assets to comply with new EU pollution standards, as well as its PLN 15 billion investment in three other new coal units.

Already notorious for its lignite-fueled Bełchatów power plant, Europe’s largest polluter, PGE has started constructing 2.3 gigawatts of new coal capacity at Opole and Turów which could fire for the next 30 to 40 years. At Opole, the two proposed hard coal-fired units (900 megawatts each) are estimated to cost EUR 2.6 billion (PLN 11 billion); at Turów, a new lignite powered unit of approximately 0.5 gigawatts has an estimated budget of EUR 0.9 billion (PLN 4 billion).

“It is hugely disappointing to see international banks strongly encouraging Poland’s biggest polluter to keep on polluting. PGE’s carbon emissions rose by 6.3% in 2017, they have been climbing once again in 2018 and this major new investment from so-called responsible financiers has the potential to lock in new coal plant development when there is no longer space in Europe’s carbon budget for any new coal expansion.

“With the stranded asset risk from coal expansion really starting to kick in around the world and becoming a new reality rather than a threat, we are seeing increasing signs from banks that they are stepping out of coal finance because of the financial and reputational risks. However, the Polish coal industry continues to exert a strange influence over bankers who should know better. Notably, this new deal was kept under wraps until its sudden announcement this week, and investors in the banks involved should be concerned by secretive, highly risky investments such as this one.”

Of the international lenders involved in this new PGE loan deal, Intesa Sanpaolo and Santander are two of the least progressive major European banks in terms of coal finance restrictions introduced in recent years. In May this year, Japan’s MUFG finally introduced its first restriction on coal financing when it committed to stop providing direct project finance for coal plant projects other than those which use ‘ultrasupercritical’ technology. MUFG’s new policy does not include restrictions on providing general corporate finance for utilities such as PGE.

“With coal lending at this scale, and with the potential huge climate and health damage it will inflict, it’s as if Intesa Sanpaolo, Santander and MUFG are issuing a ‘Come and target us’ invitation to campaigners and the public. Public intolerance of this kind of irresponsible financing is growing, and these banks and others will be in the firing line of BankTrack’s forthcoming ‘Fossil Banks, No Thanks!’ campaign. Intesa and Santander are long overdue to introduce policy restrictions for their coal financing. This new deal also illustrates the limitations of MUFG’s recent policy change – it appears to be essentially coal business as usual at the bank.”

“PGE has decided to double-down with a huge coal investment programme through to 2022. But now that carbon prices have quadrupled to a meaningful level, these are the last investments that should make sense. It's a huge disappointment that both utilities and banks are trailing on the times.”

“With this decision to finance PGE’s coal expansion, Intesa is proving itself to be one of the most irresponsible European banks when it comes to fossil fuels financing. The money that Intesa has loaned to PGE will cause yet more harm to people and to our climate, and the secrecy that surrounded this deal shows that Intesa and the other banks are well aware of that. Pressure on Intesa is going to rise until its management stops betting against the Paris Agreement.”

“As a responsible corporate citizen, MUFG must recognise that financing coal development is against the objectives of the Paris Agreement and demonstrates the Financial Group's inadequate response to managing climate risk. Investors and customers alike will likely see this funding for PGE in Poland as another example of MUFG actively funding coal and ignoring the global transition towards decarbonisation. We urge MUFG to revise its Environmental and Social Policy Framework to exclude any new finance for coal fired power projects and companies involved in coal development.”

For more information about PGE and its financiers, see BankTrack's Dodgy Deal profile for PGE.