Read the full testimony at the Global Witness website 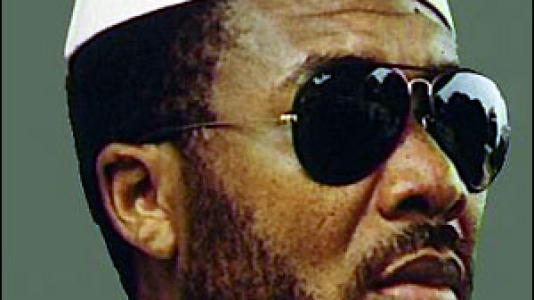 Some of the world's major banks, including Barclays and Citibank, have been facilitating corruption and undermining development in some of the worst-governed countries in the world, campaigning organisation Global Witness will testify to the U.S. House of Representatives' Financial Services Committee today (May 19).

Global Witness lead investigator, Anthea Lawson, will tell Committee members, including Chairman Barney Frank, that a catalogue of failures in the design and enforcement of anti-money laundering laws has enabled banks to help politicians from some of the world's most corrupt regimes to use government money to fund lavish lifestyles, while their populations live in poverty.

"The key factors allowing banks to do business with corrupt regimes are precisely those which allowed banks to destabilize the U.S. and other major economies People now agree that we need to reassess the way we regulate banks. We must also take this opportunity to tackle the way banks facilitate corruption, and thus help fuel poverty," said Ms Lawson.

Global Witness will tell the Committee how during the conflict in Sierra Leone and Liberia, Citibank facilitated banking activities that allowed Charles Taylor corruptly to divert timber revenues for his own personal use, and to fund the conflict. Many innocent people were killed in the war and Taylor is now on trial for war crimes.

Global Witness will also show how Barclays continued to hold an account for the son of the president of Equatorial Guinea long after a U.S. bank, Riggs, was hit with civil and criminal penalties following an investigation into its banking for Equatorial Guinea's corrupt regime.

Liberia and Equatorial Guinea are just two examples of countries where natural resource wealth has been captured by a small minority for their own benefit, with the help of international banks. The human costs are high - not only are the citizens of these countries denied the potential benefits of well-managed resources but the corruption often fuels conflict, suffering and ultimately failed states

Banks are required by anti-money laundering laws in most countries to identify their customers and their source of funds, in order to avoid taking the proceeds of corruption. Yet in each of the cases Global Witness has examined, banks have done business with customers about whom there is significant evidence of corruption in the public domain. Banks' willingness to do business with these corrupt regimes is helping to deny poor countries the crucial resources needed for development and poverty alleviation.

Ms Lawson will say: "The U.S. government has an opportunity to help lift millions of people out of poverty in the developing world, in a way that aid flows will never achieve If this opportunity is not taken, the global financial system will be left open not just to the proceeds of corruption but to the opaque financial flows that have contributed to the immediate crisis, as well as to terrorist and proliferation finance."

Global Witness is calling on the U.S. government to:

* Amend its regulations to explicitly require banks not only to identify the beneficial owner of the funds, but to have strong evidence that they are not the proceeds of corruption before accepting them, and to ensure that this requirement is enforced.

* To use its influence in the Financial Action Task Force, the inter-governmental body that sets the standards for anti-money laundering laws, to focus global attention on the proceeds of corruption as well as on terrorist finance; ensure that the U.S.'s standards are not undermined by weaker standards elsewhere; and amend the standards to require open registries of beneficial ownership and control of companies and trusts in every country.