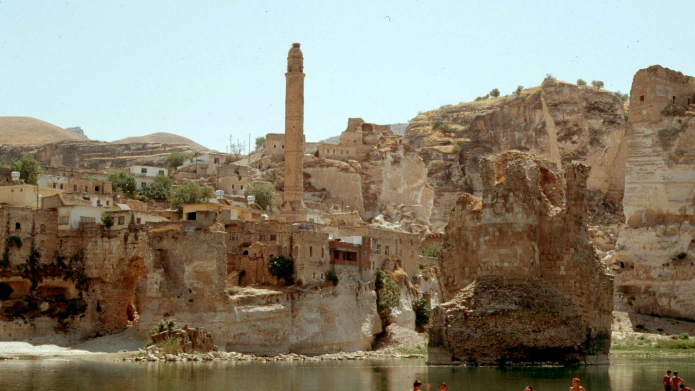 The governments of Germany, Austria and Switzerland today officially announced their withdrawal from the Ilisu project on the Tigris river in Turkey. Turkey's efforts to build the controversial dam have thus failed for the second time. Environmental and human rights organisations have welcomed the decision as a breakthrough in their campaign to stop the project and to push for higher standards for export guarantees.

"The withdrawal of the guarantees is a huge success for all groups who have been tirelessly campaigning against the project in the involved countries", says Heike Drillisch of the German Ilisu Campaign CounterCurrent. For more than ten years non-governmental organisations continously provided conclusive evidence that the Ilisu project fails to meet international standards, eventually leading up to today's backing out by the European governments. "Ilisu has become a symbol of failed export politics. With Ilisu, governments, banks and companies have learned their lesson the hard way. After insisting for years that the project would fulfil World Bank standards, they have finally accepted that the project cannot be brought in line with international standards and has huge negative impacts on the cultural heritage, ecosystems and people in the region. After Ilisu, governments will hopefully stay away from even considering the funding of similar projects in the future."

The loss of public guarantees renders the loans void which had been provided by European banks. The Turkish government now lacks both an essential part of the financing as well as the European technology needed for the construction of the dam. In the wake of the financial crisis, both losses will be hard to compensate. Turkey's economic output recently dropped a record 13.8 %. In addition, the non-governmental organisations already announced their intent to continue to monitor the project, so that potential lenders will face great resistance.

For the campaigns in Turkey that demand the stop of the project, the withdrawal of the Europeans means new hope. "Our efforts to save the cultural heritage and the means of existence of the people in the Tigris valley will continue in an even larger alliance", said Ercan Ayboga from the Initiative To Keep Hasankeyf Alive. "The government has lost all legitimacy to carry the project out. For the first time, we have the chance to actually stop the project."

Since 1998, the Turkish government has tried to implement the project with international participation. After a first attempt failed in 2002 due to unresolved environmental and social problems, the governments of Germany, Austria and Switzerland granted export credit guarantees in March 2007. As the project did not meet international standards, they attached approx. 150 conditions on resettlement, environment, cultural heritage and transboundary issues to the guarantees. Non-governmental organisations criticized the conditions as not sufficient. They specifically pointed out that all conditions including a full environmental impact assessment, realistic plans for the resettlement and the protection of the cultural heritage, the participation of the affected population and an agreement with the neighbouring countries need to be fulfilled before a decision on the guarantees is taken. However, as not even these conditions were fulfilled by the Turkish authorities, the guarantees were now terminated retroactively.