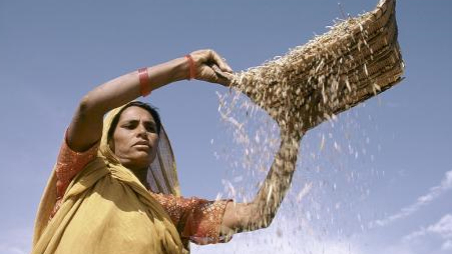 Five banks made an estimated total of £2.2 billion from speculating on food including wheat, maize and soy between 2010 and 2012, prompting campaigners to accuse the banks of fuelling a global hunger crisis.

The figures were released today by anti-poverty campaign group the World Development Movement, which is calling for tough controls to curb food speculation. Proposed new regulation is due to be discussed at the European Union on Wednesday (6 November), but is at risk of being watered down by objections from the UK government and heavy lobbying by the financial sector.

Nick Dearden, director of the World Development Movement, said today: "Our figures show that despite the efforts of some banks to distance themselves from this unethical practice, the big players continue to make vast returns from food speculation. Much-needed regulation to curb food speculation is on the table - but is at risk of being dangerously weakened by opposition from the UK government."

EU negotiators are to meet on Wednesday to try to agree a final text on the regulation of financial speculation on food and other commodities.

Download summary of the World Development Movement's estimated figures , broken down by bank and by year.