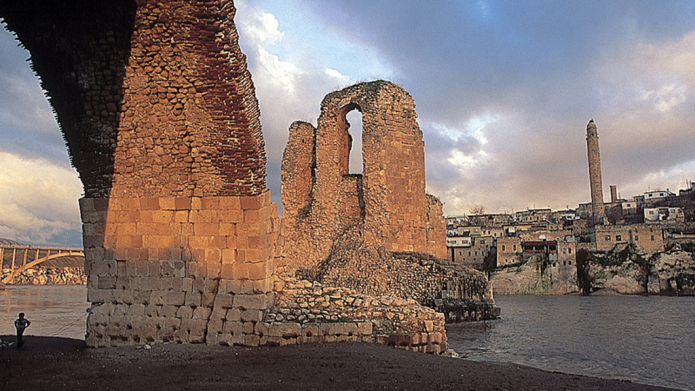 BankTrack and its member organisations welcome yesterdays' decision of three leading European banks - Société Générale, UniCredit/Bank Austria and DekaBank - to withdraw from the highly contested Ilisu dam project in Turkey. With this unprecedented step the banks responded to the withdrawal of cover by the German, Austrian and Swiss export credit guarantees on July 7th.

In a joint press release issued on July 8, the banks stated that: "In line with the decision of the Export Credit Agencies, the three banks will apply the mechanism foreseen in case the contractually agreed measures ensuring the World Bank guidelines on environment, resettlement and cultural heritage are not fully implemented. The export credit granted by Bank Austria, DekaBank and Société Générale for the construction of the Ilisu dam is therefore no longer available."

Société Générale, UniCredit and DekaBank had signed loan contracts of approximately 450m Euro for the project, after Germany, Austria and Switzerland awarded export credit guarantees in March 2007. In recognition of huge deficits in the project planning, the Export Credit Agencies attached no less than 153 conditions to their cover. Ever since, the experts commissioned by the Swiss, German and Austrian governments to monitor the project, identified gross violations of these conditions by the Turkish authorities.

As a consequence, the three governments withdrew the guarantees and thus rendered the bank loans void. The three banks then had no choice but to follow suit.

In contrast to the banks, the consortium involved in the construction of the project including Andritz AG, Alstom and Strabag/Zueblin is still pondering whether to stay involved in the project. In a response it voiced its regret over the withdrawal of the export credit guarantees.

When completed, the Ilisu dam project would displace over 55,000 people of mostly Kurdish origin and destroy precious environmental habitat and invaluable cultural heritage, including the 15,000 year old town of Hasankeyf. The impact of the dam would be felt far downstream in Iraq, which in violation of international law was not consulted in the project planning and repeatedly protested the project. After years of planning and preparation, there still exists no solution for the resettlement of the affected population and the protection of the cultural heritage.

"The Ilisu project never met international standards. While the banks should never have gotten involved in the first place, we greatly welcome that they now draw the consequence from this and step out", states Heike Drillisch from CounterCurrent, leading the Ilisu Campaign in Germany.

"Ilisu became the symbol of failed export politics. Its reputation now equals zero", states Yann Louvel from Friends of the Earth France. "So much of this trouble could have been avoided if the ECAs and banks involved had focused on assessing the projects' numerous failures rather than bow for political pressure "

"The developments with Ilisu are almost without precedent, but it is an encouraging sign that leading banks are ready to retreat when faced with massive violations of conditions", says Johan Frijns, coordinator of BankTrack. "The proliferation of social and environmental policies adopted by banks in recent years slowly seems to raise the bar for obtaining project finance and export credits"

"The European non-governmental organisations which have campaigned against the Ilisu dam for years will continue to monitor the project. Any bank or company getting involved in Ilisu again will be faced with great protest and risk huge reputational damage", says Ulrich Eichelmann from ECA Watch Austria.

"In order to avoid these blatant mistakes in the future, private banks should learn lessons from the Ilisu case and immediately include all recommendations of the World Commission on Dams in their credit policies", says Antonio Tricarico of CRBM Italy.