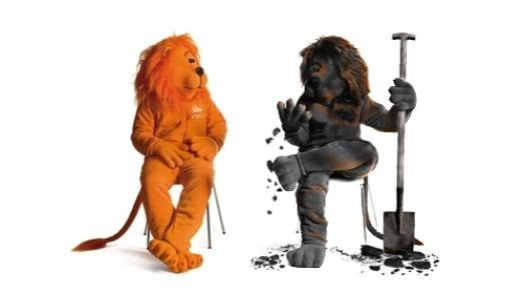 In the spotlight at the AGM in Amsterdam will be ING’s financial support, via loans and bond issues, to companies planning huge new coal infrastructure projects in Poland and Turkey, two key European coal hotspots in which the struggling industry is desperately putting up a last stand.

Kuba Gogolewski, a finance campaigner at Polish NGO “Development YES – Open-pit Mines NO” attending the ING AGM, said:
“It's not a question of if but rather when young people from Poland or Turkey will start taking ING and other banks financing new coal power plants and mines to court. The climate science is conclusive and the atmosphere does not distinguish between greenhouse gas emissions from a new or old ING client.

“Either ING decides to stop doing business with companies such as PGE and ENEA which are building and planning coal expansion in Poland, or the bank will be ordered to do so just as the Dutch government has been.”

In spite of a coal finance policy which introduced, as of November 2015, certain restrictions on ING’s direct investments in coal mining and power globally, the bank is still able to lend to those coal clients it had on its books before the current policy emerged, as it has done for example with Russia’s top coal producer SUEK.

Campaigners will call on ING to end such direct coal financing, and to no longer issue bonds or general corporate finance to companies planning new coal mine or power projects.

Johan Frijns, director of BankTrack, said:
“ING’s coal policy was certainly a step in the right direction right before the Paris climate summit, clearly raising the bar for other banks to take meaningful steps forward and tackle climate change. Unfortunately, since then, we’ve seen too many of the policy’s pro-coal and anti-climate limitations reflected in persistent ING coal financing.

“The Paris Agreement is now in force, and much more determination to stamp out all the various financial avenues which the coal industry relies on is now needed from ING if it really wants to help ensure the achievement of the Paris goals.”

Wendel Trio, director of Climate Action Network Europe, said:
"ING came out as one of the first major European banks to change its finance policy so as to be part of the solution. Yet the bank continues to give substantial financial support to Turkish and Polish coal companies that both mine and burn more coal, to the detriment of our planet. It is time for ING to walk the talk, and stop financing Europe's ticking climate bombs."

See an ING 'Coal Bank Briefing' published by environment NGOs for the bank's AGM. The two page briefing describes some of ING's controversial coal investments and provides analysis of the bank's policy on coal financing.