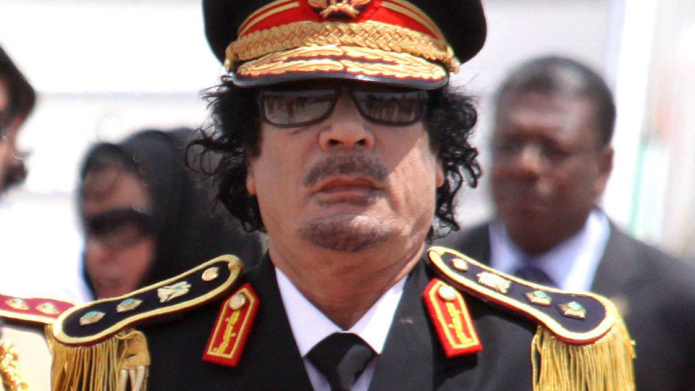 This comment piece by Anthea Lawson, the head of Global Witness's Kleptocracycampaign, was published in the Financial Times on 24th February 2011

The world may belatedly be waking up to the damage done by a financial system that allows corrupt heads of state to hide loot in respected foreign banks. Wednesday's calls for the seizure of the Gaddafi family's assets have come far too late for those Libyans now on the streets enduring the regime's brutality. Last week saw a similar scramble to locate fortunes believed to be held by Hosni Mubarak in foreign banks. Switzerland froze the former Egyptian leader's assets and Vince Cable, the UK business secretary, called on his government to follow suit. Reports suggest that Mr Mubarak was able to shift his money to friendly Gulf states even as protesters called for his resignation in Cairo's Tahrir Square.

Switzerland has also frozen the funds of Zein al-Abidine Ben Ali, the former Tunisian president, as has the European Union. France has opened an investigation into assets linked to Mr Ben Ali.

Discussion has so far centred on how this money might be returned to the countries it came from to benefit ordinary people and promote economic development. But the real question is, what was the money doing in banks in France and Switzerland in the first place? If there is enough evidence of corruption to freeze Mr Mubarak's or Mr Ben Ali's funds now that they have been forced from office, why was it not sufficiently obvious at the point when they were accepted?

Anti-money laundering laws are designed to identify criminal money entering the financial system, whether from corruption, organised crime or terrorism. Banks are required to do "due diligence" on their customers; they must identify those who are senior officials or their family members and associates - "politically exposed persons" or PEPs in the jargon - and subject them to more stringent checks. Those who potentially have access to state funds are deemed to present a higher risk.

The frozen Mubarak and Ben Ali money has been collecting in European banks that are required to do such due diligence. What questions did these banks ask about the money they were accepting? Did they reassure themselves that it had been legitimately earned?

One of Global Witness's recent reports shows how corrupt Nigerian funds, siphoned off by two former state governors, was held in London bank accounts at HSBC, Barclays, NatWest, RBS and UBS. This was happening between 2001 and 2005: that is several years after the Abacha scandal, when it became clear that $1.3bn of the former Nigerian dictator's funds had come through 23 London banks. The Financial Services Authority privately reprimanded the banks involved in the Abacha case, although there were no public statements. Nor it is clear that any action has been taken regarding the state governors case. This softly-softly approach has been as hopeless for money-laundering standards as it was for prudential regulation.

In the cases Global Witness examined, funds were later returned to Nigeria. But the damage is done at the point when money is diverted from its intended public use. If banks were not willing to accept looted funds in the first place, corruption would not be possible on the scale too often seen.

Now is the right time to be talking about this. In Paris this week, the little-known but influential Organisation of Economic Co-operation and Development body that sets the global anti-money laundering standard is meeting. Best known in recent years for blacklisting financial centres such as São Tomé and Príncipe, Turkmenistan and Iran in response to pressure from the Group of 20 leading economies, the Financial Action Task Force (FATF) is considering changes to the rules.

Some of the proposals are excellent, such as ensuring that tax evaders and those who advise them and bank their money can be prosecuted for money laundering. But the FATF wants to remove officials' "family members and associates" from the list of those on whom banks must perform extra checks. To make this suggestion is to misunderstand graft. Corrupt rulers do not just distribute money to family members and cronies in order to help launder it; this is part of their means of staying in power.

Banks may not be under enough pressure to implement the existing standard properly, but that is no reason to water it down.