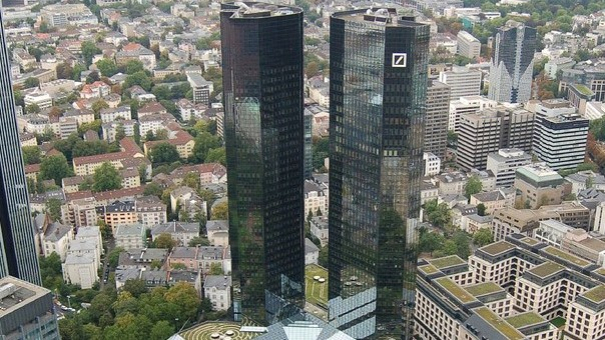 Bank intends to reduce financing for coal, oil & gas.
No more business with majority coal mining companies from 2025 on.
Coal giants like Glencore and RWE could still remain clients.

Regine Richter, Energy Campaigner at Urgewald, comments: ''Deutsche Bank seeking to limit its fossil businesses is a much-welcomed step forward. From a climate perspective, however, this is still too little, too late. We would have needed significantly more ambition in the year 2020.''

Deutsche Bank’s new policy is the most concrete when it comes to coal mining companies. The bank intends to drop clients with either a coal share of revenue or a coal share of reserves of more than 50% by 2025. (1) Big, diversified coal producers such as BHP Billiton, Anglo American and Glencore would not be affected by the policy according to Urgewald research. The Norwegian Government Pension Fund recently excluded these companies from its portfolio for their especially climate damaging practices. (2)

When it comes to coal power companies, the bank has not specified any concrete exclusion plans yet. Instead, the bank announced it would assess coal power companies’ transition plans by the end of this year. (3) However, this will only apply to companies with a coal share of power generation or coal powered capacity of more than 50%. This means that companies such as Uniper are not affected. It also gives major coal power companies such as Europe’s largest CO2 emitter RWE and Poland’s biggest coal company PGE a chance to convince Deutsche Bank that their transition plans are sufficient to remain in the bank’s portfolio. Although both companies are leading lignite miners, they are regarded as utilities and rarely generate any revenue from selling coal.

Coal expansionists that are building or planning to build new coal plants, mines, coal ports or affiliated railway lines despite the ongoing climate crisis will not be affected either.

Compared to international competitors the bank is still lagging behind on climate. The major international bank BNP Paribas has recently released strict criteria for company finance: BNP will stop financing all companies that are building or planning to build new coal plants. (4) All coal power and coal mining companies have to share a plan to exit coal by 2030 (for companies based in the EU/OECD) or 2040 (rest of the world). Coal miners with a total annual coal production of more than 10 million tons or a coal share of revenue of more than 20% will be excluded by BNP. (5) The Royal Bank of Scotland intends to exit coal entirely by 2030. Since this year, companies with a coal share of revenue of more than 15% have to share a coal exit plan if they want to remain clients of RBS. (6)

Regarding the oil and gas sector, Deutsche Bank excludes project finance for new oil sand projects, new arctic drilling projects and fracking in countries with severe water stress. In addition, the bank intends to review oil and gas companies plans to reduce carbon intensity. The bank plans to use this as a basis to formulate reduction goals for such companies as a second step.

''If the reduction goals should turn out to be ambitious, Deutsche Bank’s oil and gas policies could become a really solid starting point for further climate action. Any serious fossil fuel exit plan has to invariably result in the exclusion of climate destructive business models, such as those of RWE, Glencore and Exxon,'' says Richter.

(1) https://www.db.com/cr/de/docs/DB-ES-Policy-Framework-German.pdf
(2) https://urgewald.org/medien/norways-pension-fund-drops-rwe-glencore-and-ten-other-fossil-fuel-companies
(3) For clients in Asian countries and selected developing markets Deutsche Bank intends to start assessing companies in 2022
(4) https://reclaimfinance.org/site/en/2020/07/02/bnp-paribas-exits-the-coal-power-sector/
https://reclaimfinance.org/site/en/2020/07/22/coal-bnp-paribas-adopting-global-exit-policy/
https://group.bnpparibas/uploads/file/csr_sector_policy_internet_pdf_cfpg_010720.pdf
https://group.bnpparibas/uploads/file/csr_sector_policy_mining.pdf
(5) Using criteria from the updated Global Coal Exit List in November 2020, which will include companies based on the following thresholds: