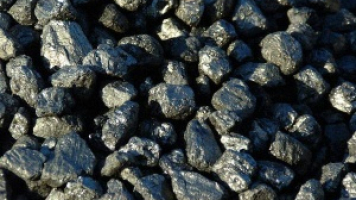 The report compiles public evidence of coal industry financing by UK banks in the last two years, and reveals that RBS has helped lend more money to the coal industry, in more deals, than any other major UK bank.

Published by BankTrack, Stop Climate Chaos and PLATFORM, the report shows that The Royal Bank of Scotland (RBS) has helped provide loans of almost $16 billion to coal-related companies over the last two years.

Many of the loans documented by the research have been made to companies that are the subject of sustained controversy and criticism from various quarters. Notably RBS, HSBC and Barclays were involved in loans worth over $70 billion to the energy company E.ON over the course of 2007. E.ON plans to build the first new coal-fired power station in the UK for 30 years at Kingsnorth in Kent.

The report shows that between May 2006 and April 2008, HSBC was involved three times in coal loans, Barclays 17 times, while RBS participated in 27 different loans. The total value of the loans that the banks were involved in was $38.24 billion for Barclays, $71.09 billion for HSBC, and $95.83 billion for RBS.

Most loans involve a consortium of banks, so these figures do not represent the actual sums for which each bank is responsible. Given the lack of public data as to the exact breakdown of each banks' involvement, an estimated calculation can be made by dividing each loan by the number of banks involved, and then attributing an equal slice of the pie to each participant.

Based on this process of estimation, Barclays was responsible for an estimated $5.79 billion, HSBC $10.10 billion and RBS $15.93 billion.