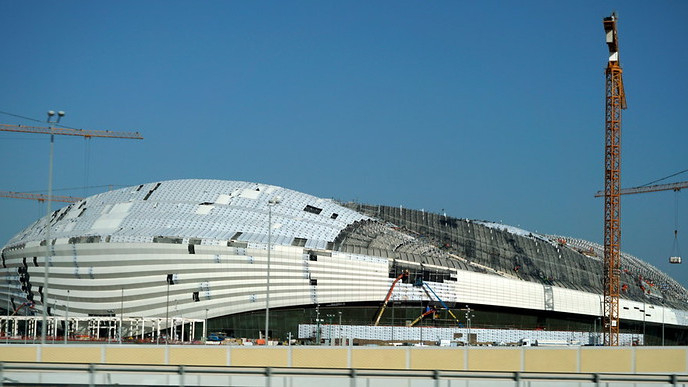 A new report by Fair Finance International shows that almost half (47%) of the financing to construction and hospitality companies in Qatar - two sectors with documented high risks of human rights violations – is provided by European banks, pension funds and insurance companies using the savings and premiums of European citizens.

The biggest European investor in construction and hotel companies active in Qatar and in Qatari sovereign bonds is Allianz with over USD 4 billion. The Norwegian Government Pension Fund has over USD 3.3 billion in investments in the companies, while Commerzbank has been another significant financier providing loans of USD 1.3 billion to construction and hotel companies in the country.

“European financial institutions have used money of European citizens in financing construction and hospitality companies around the World Cup in Qatar while paying scant attention to the well-documented human rights violations being perpetrated in those sectors. Furthermore, none of the financial institutions were able to share evidence that they use their influence to enable access to remedy for victims of harm in Qatar as part of their engagement with the selected companies; remedy and justice the victims and their families deeply deserve", says FFI Project Lead Kees Kodde.

The report found that investors held USD 178 billion worth of investments in the form of share - and bondholdings in the selected companies, along with Qatari sovereign bonds, with European financial institutions accounting for almost one quarter of these investments. Among the investors involved, 30 German, 5 Norwegian, and 16 Swedish financial institutions were identified as having invested in the shares and/or bonds of the selected hospitality and construction companies, and/or in sovereign bonds issued by the Qatari government.

“The findings of the report proves the need to integrate the human rights responsibility of the financial sector into the ways of working of the sector and in the proposed new European Union law on Corporate Due Diligence. The current EU proposal leaves the financial sector off the hook”, added Kodde.

Access the report and its recommendation in full here.

Note for editors: For more information or an interview, please contact Kees Kodde Project Lead of Fair Finance International at kees.kodde@oxfamnovib.nl or +31 6-53623818

Fair Finance International (FFI) is an international civil society network of over 100 CSO partners and allies, active in 15 countries, that seeks to strengthen the commitment of banks and other financial institutions to social, environmental and human rights standards.