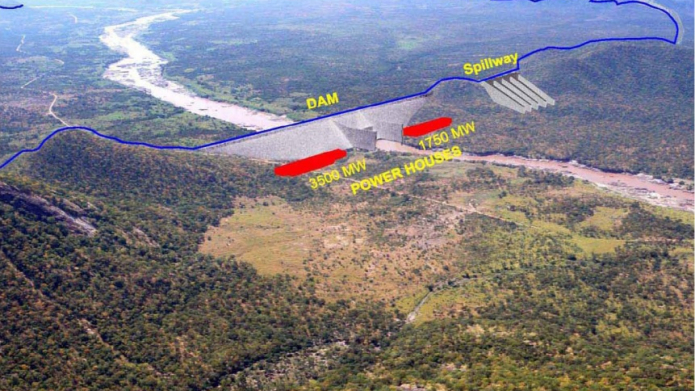 On Dec. 4, Ethiopia raised $1 billion from the initial sale of its first international sovereign bond issue. The bond sale was managed by JP Morgan Chase and Deutsche Bank AG.

The proceeds from the bonds will be used for a number of controversial dam projects that are linked to land and water grabs, forced resettlement and human rights abuses, and major reductions in river flows to downstream nations that could lead to water conflicts in future.

On Oct. 7, Ethiopia's Finance Minister Sufian Ahmed told BusinessWeek that most of the capital raised will be used to develop sugarcane plantations (many of which are associated with land grabbing in Ethiopia), the 6,000-megawatt Grand Renaissance Dam on the Nile River, and rail projects. The Nile dam has greatly increased tensions over that shared river with downstream Egypt.

WorldBulletin has quoted government officials stating that part of the financing for Gibe 4 and Gibe 5 planned for the Omo River will come through the bond sales. The bond could be used to finish financing Gibe 3 as well, which is more than 85% complete but is rumored to be stalled due to lack of financing.

These projects violate the safeguard policies of all the major financial institutions, and likely the sustainability guidelines for these banks. JP Morgan and Deutsche Bank are risking their reputations.

The Ethiopian government and related dam building agencies are notoriously closed, and virtually no information about its dam projects is shared, not even with downstream neighbors that will be directly affected. It is a situation that discourages good project planning and an open environment for experts to raise concerns, de-emphasizes sustainable development for directly affected people, and fosters corruption.

Further informatiion on these projects:

The Gibe 3 Dam, now under construction in the Lower Omo River, will have devastating impacts on the fragile ecosystems of the Lower Omo Valley andLake Turkana (Kenya), and will impoverish hundreds of thousands of indigenous people who depend on these ecosystems for their survival. Once Gibe 3 has been completed, Ethiopia plans to build the Gibe 4 and 5 dams on the Omo River.

These projects will bring huge changes to Lake Turkana in Kenya - impacts that will be even harder to address if Gibe 4 and 5 are built. When water abstractions for agricultural expansion are figured in, the result could be a massive shrinking of Lake Turkana; experts say it will mimic the Aral Sea disaster in scope.

The Gibe dam cascade alone will destroy the livelihoods of hundreds of thousands of people in the Lower Omo and around Lake Turkana by eliminating flood-recession farming, drowning grazing areas, and undermining fishing activities. The dam enables the development of approximately 400,000 hectares of plantations, including 245,000 hectares of irrigated sugar plantations on land that indigenous tribes have been using for agriculture and grazing. The Government of Ethiopia has forcibly resettled local populations through what it calls a "villagization" program to make room for these large-scale plantations. Once villagized, they often no longer have access to the lands and river that once provided their source of food and identity. The resulting collapse of livelihoods will lead to widespread hunger and an increase in conflict over scarce resources.

Despite these drastic impacts, the Government of Ethiopia continues to publicly insist that the Omo developments will have no impact on Lake Turkana. Yet Gibe 3's environmental and social assessment stops at the Ethiopia border, and did not analyze impacts on the Lake.

Ethiopia is also building one of the largest dams in the world, the Grand Ethiopian Renaissance Dam (GERD), on the River Nile near the Sudan border. The dam will flood 1,680 square kilometers of forest in northwest Ethiopia, displace approximately 20,000 people, and create a reservoir that will hold around 70 billion cubic meters of water - equivalent to the entire annual flow of the Blue Nile at the Sudan border. The potential for conflict is probably the main reason international funders have shown no interest in supporting the project.

Although it is Africa's biggest dam project and will have lasting impacts on its longest river, the GERD has been developed under a veil of secrecy. The dam will impact Ethiopians and downstream neighbors, yet its planning process has been top-down and unilateral. The public and dam-affected people have not been given a meaningful opportunity to critique the project or process. The Ethiopian government has stated it will not make changes to the project.

Although Ethiopia says the dam will have no ill effects on downstream neighbors' water supply, there is no denying that the dam will give the upstream country greater control over the river's flow. A major concern is how filling the huge reservoir will affect water security in Egypt, which relies almost totally on the Nile for its water supply. Depending on how long it takes to fill the reservoir (it has been estimated it will take from 5-7 years), the Nile flow into Egypt could be cut by 12-25% during the filling period. One hydrologist estimates that the reservoir could evaporate 3bn cubic meters of water a year - three times Egypt's annual rainfall, and enough to meet the basic needs of up to half a million people. Damming a shared river in a secretive and unilateral fashion goes against best practices for managing shared rivers. Says Mohamed Allam, former minister of irrigation and water resources in Egypt: "This is not just about Egypt and Sudan. International rivers are governed by laws and conventions, in accordance with which any action that affects water quotas requires advanced notice and guarantees against possible harm."