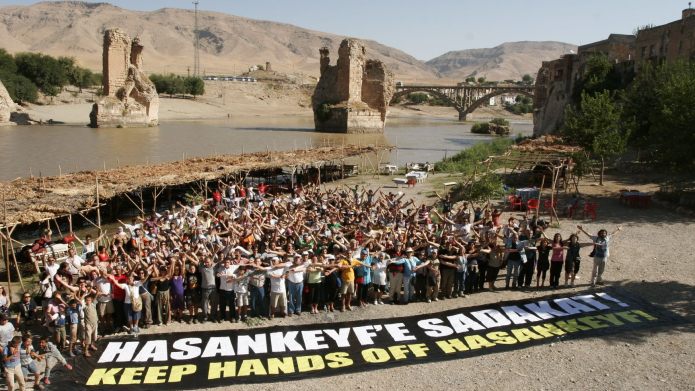 Finally it is official: Rudolf Scholten, the head of the Austrian export credit agency Oesterreichische Kontrollbank (OeKB), declared this evening that the OeKB will disengage from the Ilisu dam project in eastern Turkey. Never before has a contract with an export credit agency been cancelled for social, cultural or ecological reasons. "This is one of the biggest successes by NGOs in Europe in recent years, and marks an important victory on the path to the final end of the Ilisu project", said Ulrich Eichelmann of the Stop Ilisu Campaign. "This decision turns ,Ilisu' into an internationally known symbol for wrong and reckless economic policy", continued Mr. Eichelmann.

Turkey's declaration that they will build the dam by themselves and begin construction shortly seems unrealistic. The loss of European funding will cause a significant delay in the construction schedule at the very least. The project's negative international reputation as well as ongoing opposition will discourage new companies and investors. In the meantime the already enormous public opposition in Turkey will increase.

Austria, Germany and Switzerland's pull-out is the result of years of struggle and intense campaining, in Europe as well as in Turkey. In March 2007 the three countries signed a contract with Turkey, strongly committing themselves to carrying out the project together with construction firms and banks. No other dam project has stirred so much excitement and attention in recent years. Hundreds of protest actions, press activities and events lead to this turn-around. "The chances that the Ilisu project will effectively be impeded have never been as high as today. We will continue our work and do our utmost to stop the project and have the region declared UNESCO world heritage instead", says Thomas Wenidoppler of ECA Watch Austria.

What are the implications of the European retreat?
Germany, Austria and Switzerland will not issue guarantees with tax money for the Ilisu project. As a consequence the European banks involved (UniCredit/Bank Austria, Deka Bank and Sociéte Général) will not submit their loans amounting to at least 450 million Euro. Without the official export guarantees it is most likely that the European construction firms will pull out of the project as well. Turkey will be lacking money and know-how. According to the project schedule the German-Austrian company Züblin was supposed to begin with a deviation tunnel for the Tigris river, in order to build the dam in a dry river bed. This has become impossible now. Even more important is the project's bad reputation. Every company and financer who wants to engage in this project will be confronted with international resistance and ostracism.