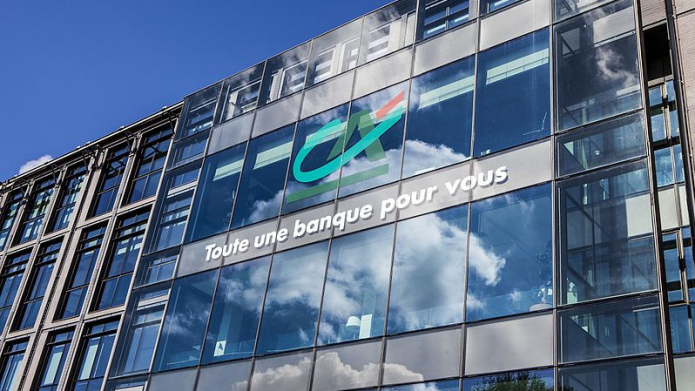 As part of its “Ambitions 2025” plan presented this morning (1), Crédit Agricole announced decarbonisation targets for the automobile and oil and gas sectors. The measures announced are a first step towards phasing out the oil and gas sector, but will not be enough to allow Crédit Agricole to fully contribute to the objective of limiting global warming to 1.5°C. The group has already announced that it will adopt additional measures in the near future in line with the recommendations of the Glasgow Financial Alliance for Net Zero (GFANZ). Reclaim Finance welcomes this announcement and calls on Crédit Agricole to follow through by announcing the end of its support for oil and gas expansion by the end of 2022.

In addition to measures on the automobile sector, Crédit Agricole announced a target to reduce CO2 emissions from oil and gas financing by 30% in absolute terms between 2020 and 2030 (1). This follows from its commitment, through the Net-Zero Banking Alliance (NZBA) and the Glasgow Financial Alliance for Net Zero (GFANZ), to align its portfolio with the objective of achieving carbon neutrality by 2050 in order to limit global warming to 1.5°C (2). Crédit Agricole announces that it will publish a new oil and gas policy in 2022 and 2023 to ensure that these targets are met, in line with the recommendations of the Glasgow Financial Alliance for Net Zero.

“We welcome Credit Agricole’s announcement which acknowledges for the first time the need to phase out oil and gas and to complement their 2030 decarbonization targets with measures to immediately reduce emissions in the real world. We call on Credit Agricole to cement this ambition by becoming the first major French bank, as it was on coal, to end direct and indirect support for new oil and gas fields,” said Lucie Pinson, Director of Reclaim Finance.

The adoption of decarbonization targets for the most carbon-intensive sectors gives a helpful direction of travel for the portfolio, but does not in itself guarantee alignment with the goal of limiting global warming to 1.5°C. Indeed, not only do these targets not cover all of the banks’ financing activities (3), but financial actors can achieve their overall emissions reduction target while still financing companies that are developing new oil and gas projects (4). Banks can thus contribute to financing new assets even if they are incompatible with the carbon budget, and which will not necessarily appear on the bank’s balance sheet in 2030, but will continue to emit beyond that date, further eroding the carbon budget or becoming stranded assets.

It is therefore important to adopt additional measures to achieve immediate real-world emissions reductions. Crédit Agricole does not specify these measures but says it will publish them later and adopt them in line with GFANZ recommendations. GFANZ members are required to meet new criteria published last week by a UN initiative called Race To Zero within a year. These criteria include ending support for fossil fuel expansion and phasing out the sector (5).

Crédit Agricole also announces that it intends to increase by 60% the exposure to “low-carbon energies” for CACIB by 2025 and to reach 14 GW of installed capacity via Crédit Agricole Assurances’ investments in 2025. While this announcement is, at first glance, step in the right direction, it is difficult to assess it without any clarification from Crédit Agricole on its definition of “low-carbon energy” or any indication on the other financing granted to the solutions recommended by the IPCC in the third part of the 6th report.

Amundi, Crédit Agricole’s asset management branch, also presented today its strategic ambitions for 2025 (6). Reclaim Finance notes that its divestment policy for the oil and gas sector has still not been published, six months after Amundi announced a vague commitment for unconventional hydrocarbons (7).

2.     In June 2021, Crédit Agricole joined the Net Zero Banking Alliance (NZBA), one of the coalitions of financial players hosted by the Glasgow Financial Alliance for Net Zero (GFANZ). These coalitions commit their members to aligning with the criteria set by the United Nations through the Race to Zero: in particular halving emissions by 2030 and achieving carbon neutrality by 2050 with a 1.5°C trajectory.

3.     Notably not covered are bond issuance activities although they account for a significant part of banking activity in the oil and gas sector.

5.     Last week, the United Nations initiative that governs the commitments of non-state actors to carbon neutrality (Race To Zero) announced a strengthening of its criteria. Our analysis here.