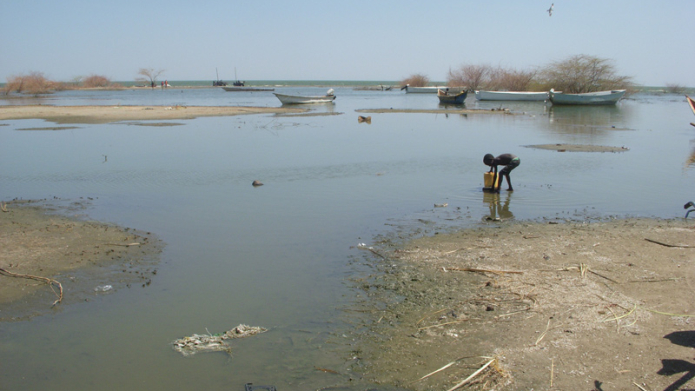 Members of the civil society and other concerned individuals will on Sunday, 20 February 2011 stage a peaceful protest march to petition the Chinese government against the involvement of several Chinese companies in the ongoing construction of the controversial and potentially devastating Ethiopian Gilgel Gibe III mega-dam.

Led by the civil society group, Friends of Lake Turkana, the protesters will deliver a petition, signed by more than 2,000 organisations and individuals, to the Embassy of the Peoples Republic of China in Nairobi, seeking the intervention of the Chinese government to either bar or advice the companies against involvement in this environmentally, socially and culturally harmful mega-project that could escalate resource-based conflict between communities living around the Kenya-Sudan-Ethiopia border. The march will commence at 10am at the Total Petrol Station at the Argwings Kodhek-Valley Road roundabout, opposite DOD (Department of Defence) and will coincide with the 3rd UN World Day of Social Justice.

The mammoth $1.7 billion Gibe 3 Dam project to be constructed on the Omo River, some 300km southwest of capital Addis Ababa, is the largest project to ever be implemented in Ethiopia. Once completed, it will stand at 240 metres high - to become the tallest dam in Africa - and hold a 211 km2 reservoir behind it. Construction begun in 2006 and the first power production was scheduled for 2011, while the dam would be completed in 2012. Ethiopia hopes to produce 1,870 MW (6,500 GWh/yr), more than double the country's current installed capacity and make $ 400 million from power export to Kenya, Sudan and Djibouti.

Communities living within the Omo River-Lake Turkana basin are opposed to this project that will inflict permanent damage to their way of life and peace in the region. Damming the Omo River will permanently change the river's flood patterns which the Ethiopian communities living in the lower Omo basin have depended on for centuries. It will also reduce or completely cut out inflow of water into Lake Turkana - which depends on the river for 90% of its water - especially during the period of filling up the reservoir. "These drastic changes will irreparably destroy the lives of some 700,000 already disadvantaged people in both Kenya and Ethiopia", said Ikal Angelei, Director of Friends of Lake Turkana.

Due to the project's unpopularity and its potential social and environmental injustices, various prospective donors - including the World Bank and the European Investment Bank (US$341 million loan) - have withdrawn their support. The African Development Bank was also considering funding the project. The Industrial and Commercial Bank of China (ICBC) has stepped in and offered to finance a $500 million contract awarded in May 2010 to Dongfang Electric Machinery Corporation for the dam's turbines and electro-mechanical works. Other Chinese companies involved in the project include Exim Bank of China which finances construction of the transmission line to Addis Ababa by the Chinese Company Tebian Electric Apparatus Stock Co. Ltd, which was awarded the contract in July 2009.

Friends of Lake Turkana and concerned organisations will be delivering a petition against these Chinese companies' involvement in the project demanding that the banks withdraw their funding and the construction companies exit from the contracts. "Construction of Gibe III is the most outrageous social injustice of our time," said Angelei. "These companies have an obligation to uphold the rights of our people, who have been marginalised and victimised for far too long by their oppressive and neglectful regimes," she concludes.

Friends of Lake Turkana was founded after a few Kenyans became privy to information that the Gibe III Dam in Ethiopia will lead to unacceptable tradeoffs that jeopardize indigenous economies and destroy the eco-system. The organization is registered as a Trust and consists of a volunteer Executive Committee, which oversees the everyday functioning of the organization

Friends of Lake Turkana will hold a press conference outside the Chinese Embassy in Nairobi on 20th February 2011 immediately after delivering the petition.
Ikal Angelei will be available for interviews on that date.

You can read more about Gibe III here.
For most recent facts about the Dam and its impacts read this document
For more information about Friends of Lake Turkana, visit the website
To learn more about World Day of Social Justice go to their website.