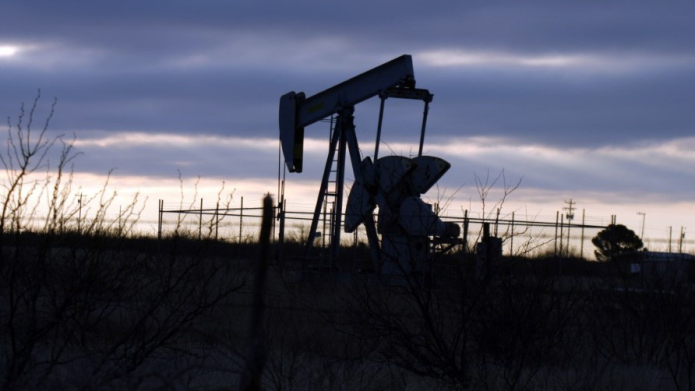 About Wink to Webster Pipeline

The Wink to Webster Pipeline is a planned 650 mile (1,046 kilometer) pipeline that would run from the Permian Basin in west Texas to the Gulf Coast near Houston. When completed, the pipeline will carry over one million barrels of fracked oil per day. The project is a joint venture of ExxonMobil, Plains All American Pipeline, MPLX, Delek US, Lotus Midstream, and Rattler Midstream LP. Operations are planned to commence in the first half of 2021 (IJGlobal).

The Wink to Webster Pipeline would enable expansion of extraction activities in the world's most prolific oil basin, locking in decades of overproduction and threatening the health of communities near the fracking sites.

The banks financing the companies involved with this project should demand their clients to withdraw from this project, or they should withdraw their financial support for these companies all together.

The oil and gas boom in the Permian Basin is already having severe impacts on local people at current rates of extraction, which are under five million barrels of oil per day. These impacts will only worsen as the Wink to Webster Pipeline facilitates the addition of an unexpected million additional barrels of capacity.

Public health The coal and gas industry in the Permian Basin causes heavy air pollution which exceeds federal health standards. The emissions of sulphur dioxide and hydrogen sulfide have severe consequences for the health of people living in the area. Sulfur dioxide affects the human respiratory system and makes breathing difficult. Especially young children, elderly people and people suffering from asthma are sensitive to sulfur dioxide. The pollutant can also penetrate the lungs and cause additional health problems when it reacts with other compounds in the atmosphere. Hydrogen sulfide, which is also emitted in the Permian Basin, can cause headaches, breathing difficulties as well as irritations of the eye, nose and throat. When people are exposed to hydrogen sulfide for a longer time, they can experience miscarriages, poor memory and dizziness. High concentrations of the pollutant can even cause coma and death.

Natural resources The industry puts on the area's limited natural resources, especially water. Research by the Center for American Progress found that around 60% of the federal oil and gas drilling leases that have been offered since 2017 are located in areas at risk of water shortages and droughts.

Carbon bomb When in operation, the Wink to Webster Pipeline would help to unleash one of the world's largest carbon bombs. The pipeline is projected to carry over one million barrels of crude oil every single day. With these amounts of oil, the pipeline would be responsible for the emissions of 153 million metric tonnes of CO2 every year (calculation based on 2006 IPCC Guidelines for National Greenhouse Gas Inventories).

Impacts of fracking The Wink to Webster Pipeline is developed to transport fracked oil from the Permian Basin to the Gulf Coast. The fracking boom in the US is incompatible with the clean energy transition that is needed to tackle the climate crisis. Scientific research also shows that the employment of fracking negatively impacts public health, water, soil and air. Other negative impacts include increased seismic activity and damage to neighbouring economic activities.

Air pollution A report published by the Environmental Integrity Project in 2019 found that the air pollution caused by the oil and gas industry in the Permian Basin exceeds federal health standards. Besides the health problems these pollutants cause, sulphur dioxide and hydrogen sulphide negatively impact the environment. The pollutants can acidify soil and water, and harm trees and plants. In reaction with other compounds in the atmosphere, the pollutants can also form haze that reduces visibility in nature areas. Importantly, sulphur dioxide is one of the pollutants forming acid rain which is harmful for plants and animals.

Methane leaks Major leaks of methane have been observed in the Permian Basin. Methane is highly destructive to the climate, as it is a greenhouse gas helping to warm the planet.

The Wink to Webster Pipeline project is expected to cost more than USD 2 billion. The joint venture consists of Delek (15%), Plains All American (20%), ExxonMobile, MPLX (15%), Lotus Midstream and Rattler Midstream. These companies have each put up their part of equity finance for the total USD 2.26 billion finance of the pipeline (Delek sec.gov filings Q2 2019). Banks and other financial institutions have provided finance to these companies in the form of credit facilities, corporate loans and underwriting services:

The Permian Basin Is Booming With Oil. But at What Cost to West Texans?

Report: Oil and Gas Producers May Be Pushing the Permian Basin Past Federal Air Quality Limits

Drilling Towards Disaster: Why U.S. Oil and Gas Expansion is Incompatible with Climate Limits

The Permian Basin is one of the world’s largest oil fields, and is located in southeast New Mexico and west Texas. Activity in the Basin is high, with several companies busy extracting oil, fossil gas and fossil gas liquids from the area. According to Oil Change International, fossil fuel production in the Permian Basin has tripled in the last 5 years and a further doubling of production is planned.

Plains All American Pipeline LP has said it expects to begin construction on the pipeline by the end of 2019 and aims to bring the pipeline online by early 2021.