This profile is actively maintained
Send feedback on this profile
Download as PDF By: BankTrack
Created before Nov 2016
Last update: 2022-08-12 12:53:24 Contact: 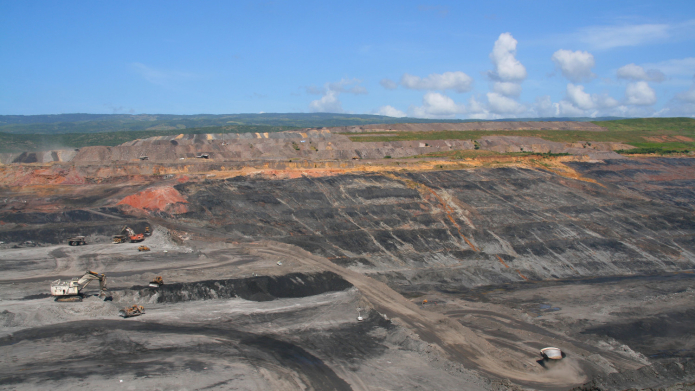 Cerrejón coal mine. Photo: Tanenhaus via Wikimedia (CC BY 2.0)

About Cerrejón coal mine

The Cerrejón thermal coal mine in La Guajira is the largest in Latin America and one of the world’s biggest open-pit coal export mining operations. Approximately 80,000 tonnes of coal per day is transported 150km via rail to Puerta Bolívar. During 2020 and 2021, the vast majority of Colombia’s coal exports went to the Middle East. Coal crushing, washing, and storage all take place at the mine, as does quality control in an on-site laboratory. Cerrejón’s steady expansion has led to the destruction of entire Indigenous and Afro-Colombian villages, while the extracted coal – 559.8 million tonnes between 2002 and 2021 – has had a massive impact on the world’s climate. The mine has been wholly owned by the giant, UK-listed mining company Glencore since January 2022, when it purchased the other two thirds from its former partners BHP Billiton and Anglo American.

The Cerrejón coal mine project has disregarded the human rights of local communities for decades. The operation exacerbates regional droughts and as of June 2021, its proven and probable coal reserves amounted to 334 million tonnes. The burning of these reserves is an unacceptable threat to global climate stability.

Banks financing Glencore – the sole owner of the operation since 2022 – must refuse finance for any expansion of the Cerrejón coal mine and demand the winding down of extraction as soon as possible, before the current licence expires in 2034.

The mistreatment of local communities is a longstanding issue of Cerrejón’s mining operations. Cerrejón’s promotional materials give the impression that the company is helping the communities it has displaced, but in reality, underhand tactics were used to buy off individuals and sow internal divisions. In Roche, Cerrejón paid inhabitants extra to leave the village early, but those who stayed faced power cuts and water shortages for weeks at a time. FECODEMIGUA (the Federation of Communities Displaced by Mining in La Guajira) was formed to defend community interests and demand compensation.

In 2000, Old Oreganal was forced to move to a Cerrejón-built, semi-urban village that could not support the displaced community’s traditionally agricultural livelihood. Villagers from the village of Tabaco were evicted in 2001 for a Cerrejón expansion but, 15 years later, they were yet to be resettled. Roche, Chancleta, Tamaquitos, Manantial, Palmarito, El Descanso, Caracoli, Zarahita, and Patilla are just some of the other communities that have been devastated or simply erased by the Cerrejón coal mine.

Basic rights are casually threatened by Cerrejón, such as access to water: In 2011, the companies then operating the mine approved expansion plans that require rerouting 26 kilometres of La Guajira province’s main river, the Ranchería. This "P500 project" was vehemently opposed by locals for whom the river is their main water source and in November 2012, the project was suspended. Expansion is not off the table, although by 2021 Glencore had established a "Paris-aligned coal depletion strategy".

Threats to Indigenous territories are entwined into the project, which spans 69,000 hectares of Wayúu territory. The Wayúu share this land with people of African descent, farmers, and other Indigenous groups. Threats include cultural weakening, malnutrition and dehydration via contaminated water, and respiratory conditions partially attributed to breathing air contaminated with coal dust. Furthermore, Wayúu children are already suffering from stunted growth and a range of diseases, including chronic diarrhoea, respiratory and skin problems, vision loss, and more. From 2014-2016, these children accounted for more than 90% of childhood mortality in La Guajira, despite the Wayúu representing just 38% of La Guajira’s population.

The exacerbation of COVID-19’s regional impact hit the Wayúu people particularly hard, prompting representatives to appeal against Cerrejón and its activities to the United Nations. Pervasive drought and respiratory problems in the area can be directly attributed to mining activities, both of which make combatting COVID-19 much more difficult for the Wayúu.

Significant contributions to climate change are being made by the Cerrejón coal mine. If the entirety of Cerrejón’s known coal reserves are burned, the resulting 13 billion tonnes of CO2 emissions would be equivalent to 184 years of Colombia’s national emissions. Global heating is already affecting Colombia: In 2013, The Council on Hemispheric Affairs said the surface of the Andean glaciers has shrunk by more than 90% over 10,000 years, with most of this happening since the Industrial Revolution.

Between 2002 and 2021, 559.8 million tonnes of coal were exported from Cerrejón, mostly to European and North American countries. Colombia’s per-capita carbon footprint is less than a fifth of the UK's and 11 times less than the USA’s.

Droughts and water contamination can be attributed to the mine, which draws approximately 2,700,000 litres of water from the region every day. Alongside groundwater, large volumes of water are taken from the Ranchería River. These impacts cause broad environmental damage to local rivers and habitats.

Annual production at Colombia’s Cerrejón coal mine bounced back to 23.4 million tonnes in 2021, an 89% year-on-year rise following a 2020 productivity dip owing to COVID-19 restrictions and a 91-day strike, organised by Sintracarbón. Cerrejón’s 2019 production amounted to 25.8 million tonnes.

Despite stating in early 2021 that it was cutting ties with Cerrejón, Glencore has officially acquired both BHP’s and Anglo American’s interests in the coal mine. In June 2021, the UK-based company said “the progressive expiry of [Cerrejón’s] current mining concessions by 2034 is in line with our commitment to a responsible managed decline of our coal portfolio.”

In order to make its operations more sustainable, Anglo American plans to exit thermal coal production by 2024. The company will exit the "Cerrejón thermal coal operation in Colombia in a responsible way and within three years”. Fellow shareholder Glencore has already announced its own exit this month, while BHP Group – Cerrejón’s third and final shareholder – intends to abandon its stake in the coming years.

Cerrejón coal mine shareholder Glencore has confirmed that its Colombian subsidiary Prodeco is exiting the country. As such, it will begin handing its mining contracts back to the Republic of Colombia via the National Mining Agency (ANM). Prodeco will remain in place until the formal contract relinquishment process is complete.

NGOs file complaint against Cerrejón coal mine before OECD

A coalition of NGOs has demanded the closure of the Cerrejón coal mine in a complaint presented to the Organisation for Economic Co-operation and Development (OECD). Led by the Global Legal Action Network (GLAN), the coalition cites “serious human rights abuses and devastating environmental pollution”, including the forced displacement of Indigenous and Afro-Colombian communities, and high local cancer and metal intoxication rates caused by environmental pollution.

A coal miners’ strike at Cerrejón in Colombia ended today after the operator agreed to pay unionised workers a one-time bonus of COP 10.75 million (USD 3,000). The mine will also raise salaries in line with inflation (3.8% in 2020) between 2020 and 2023. The strike was called by Sintracarbón, Cerrejón’s largest union, in response to job losses, proposed changes in benefits, and a new work schedule called the ‘death shift’. Initial demands were a 6% salary increase and health, education, and housing benefits.

The CEO of Columbia’s Cerrejón coal mine has explained that efficiency savings are now at the heart of its business strategy after a drop in the price of coal.

Cerrejón coal mine is owned by the Anglo-Swiss multinational commodity trading and mining company, Glencore. The mine was an equally-owned joint venture between Glencore, Anglo American, and BHP Billiton, until Glencore bought out its partners in January 2022.

Time for Barclays to move Beyond Burning

Diversified miner and commodity trader Glencore on Tuesday announced that it had completed the acquisition of Anglo American’s and BHP’s respective 33.3% interests in the Cerrejon coal mine, in Colombia, having received regulatory approvals.
2022-01-11 | Mining Weekly
blog
external news
our news

As Glencore leaves Colombia, the country starts its energy transition

NGOs file complaint before OECD, demand closure of Cerrejón coal mine in Colombia

Largest union at Cerrejon on strike

One Coal CEO Sees Writing on Wall, Says Make Money While You Can

Smiling, frowning, and elephants in the room: the 2018 Anglo American AGM

Colombia Backs BHP Mine Expansion for Record Coal Output in 2017

Cerrejon coal in Colombia: rehabilitating the land, removing the humans

Cerrejón mine in Colombia: can it address its human rights risks?

Colombia's Cerrejón mine: the social impact on surrounding communities

The Curse of Coal

The Cerrejón mine - Coal exploitation in Colombia

Articles on the Cerrejón coal mine from the London Mining Network.

Drought, Disease and Isolation: The Urgent Situation of the Wayúu in La Guajira, Colombia

Extensive article and analysis on the Wayúu indigenous people in Colombia.