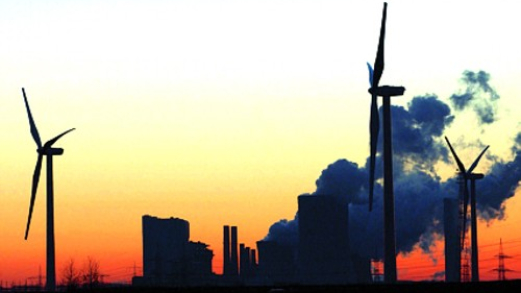 Despite warnings by a United Nations panel of technical experts that coal projects could lead to hundreds of millions of artificial carbon credits under the Clean Development Mechanisms (CDM) the CDM Executive Board members refused today to follow the UN panel´s recommendation to suspend coal projects. During this week´s CDM Executive Board meeting to conclude tomorrow in Marrakesh, an expected landmark decision on the future of coal fired power plants under the CDM was dismissed. During today´s discussions, Board members refused to follow a recommendation by the CDM Methodology Panel to suspend the super critical coal methodology (ACM0013) on the grounds that it significantly inflates baseline emissions that could lead to over-crediting by 25-50%.This move was strongly advocated by several Board members, above all the Chinese member, who dismissed the alarming concerns and refused to follow the experts´ advice in order to avoid slowing down the registration process. A third of all CDM coal projects in the pipeline are in China. Other members, including the Norwegian, Belgian and Dutch member urged to take the allegations seriously. Former Chair of the CDM Executive Board Lex de Jonge said "If assumptions are right there is a potential over-estimation of almost 100 mega-tonnes . This is almost the same level as the dispute we have had on HFC-23. This is serious."  To date there are 37 projects in the pipeline (11 in China and 26 in India) with 5 projects already registered and 32 that could be registered before 2012. The total amount of credits expected from these coal power projects could amount to more than 40 million credits annually and new projects are being submitted on a weekly basis.Despite these alarming numbers, Board members agreed not to suspend the methodology with immediate effect which would put the projects under validation on ice. Instead they agreed to revise the methodology at a future meeting which allows the 32 projects under validation to keep using the flawed methodology when requesting registration. "Knowing that there is a chance that a revised methodology could slash the number of credits creates an incentive to accelerate validation so that flawed rules can still be used to generate lucrative credits" commented Anja Kollmuss from CDM Watch. "The fact that the Board ignored this clear and urgent need to suspend this methodology severely harms the credibility of the CDM".Although Board members are expected to act in their personal capacity, the CDM Executive Board has been criticized for taking decisions despite clear conflicts of interests. "Five coal projects currently registered on the basis of the flawed rules will support the Chinese and Indian fossil fuel industry with about 680 million Euros over the next 10 years. It is therefore no surprise that the Chinese member is adamantly opposing the rule changes that would strengthen the environmental integrity while cutting millions of windfall profits"  added Eva Filzmoser from CDM Watch. With the CDM Executive Board failing to act, CDM Watch is now calling on the European Union to present a proposal that ensures that credits not representing real emission reductions do not enter the European carbon market.Investors in the coal power projects include Germany´s electricity provider RWE, EcoSecurities, Carbon Resource Management, Japan´s Mitsui & Co, the Bunge Emissions Group, Climate Bridge, the Nordic Carbon Fund and Merrill Lynch