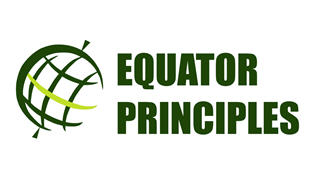 Only three months after adopting the Equator Principles, ANZ Bank of Australia is risking violations to the well-established principles of global project finance through its involvement in the controversial Gunns pulp mill proposed for the Tamar Valley in northern Tasmania.

Gunns Ltd, the Tasmanian company responsible for clear felling large areas of Tasmania’s high conservation-value old-growth forests, last week withdrew the pulp mill from the established environmental and social assessment and approval process. New legislation currently before the Tasmanian parliament is now the only way by which Gunns can have the pulp mill approved, bypassing Tamania’s regular procedure. The bill, introduced by Premier Paul Lennon, proposes to bypass the environmental and social review procedures and exterminate both the public’s right to participate and appeal decisions, rights which are fundamental tenets of the Equator Principles.
In an open letter sent to ANZ CEO John MacFarlane by BankTrack, ANZ’s client Gunns is identified as being unwilling to submit its project to current legal standards, leaving as its only option for approval the hurriedly introduced bill which lowers project standards below that of the Equator Principles. These banking principles are based on World Bank’s baseline standards for projects which cover developing and third world countries. ANZ’s implicit approval of the project by continuing involvement with Gunns mocks the bank’s commitments to the Principles.

ANZ has been tight-lipped and non-transparent on its involvement in the project, refusing to answer BankTrack’s requests for clarification on its ongoing involvement. David Barnden from BankTrack’s Human Rights Program comments:
‘This is a clear cut case where ANZ must apply the Equator Principles in its assessment of Gunns’ mill. ANZ has an obligation to its shareholders, clients, other Equator Principle Financial Institutions, and project affected communities to adhere to the standards set by the EPs. If ANZ doesn’t pull out, the bank may face reputational and potential legal risks for choosing profits over sound procedure.'
BankTrack advises ANZ to assure itself that it would not be held liable for legal obligations arising from violations of the Equator Principles, and also said that ANZ should take care to avoid exposure to joint liability with sponsors and other lead facilitators in the event of civil lawsuits. BankTrack requests that ANZ publicly withdraw from any potential involvement in the project.

ANZ’s questionable lending practices have also placed it in the international spotlight over involvement with an environmentally unsound mining venture in the Philippines’ Island of Rapu Rapu.