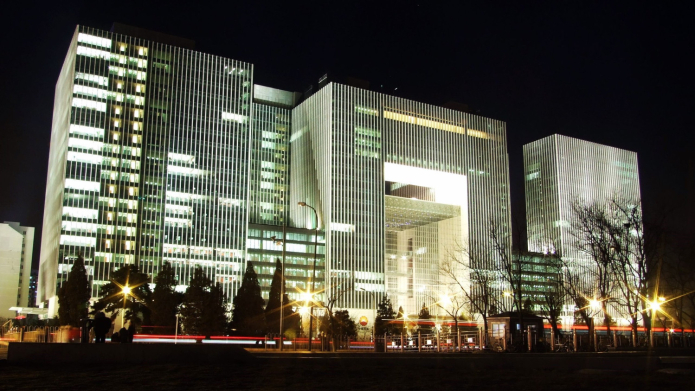 China National Petroleum Corporation (CNPC) is one of the world’s largest oil and gas companies. CNPC’s predecessor is the Chinese Ministry of Petroleum. In 1988, the State Council decided to disband the Ministry and replaced it with CNPC, turning an executive branch of the government into a state-owned enterprise.

CNPC's key subsidiaries are SinoPec and PetroChina. CNPC has oil and gas operations in over 30 countries all across Asia, Africa, the Middle East, America, and Europe, including numerous past or present conflict zones such as South Sudan, Afghanistan, Iraq, Iran, Myanmar and Syria. CNPC is the world's third largest producer of oil. In 2021 CNPC's subsidiary PetroChina's oil production reached 2,433,000 barrels a day.

CNPC is one of the largest oil and gas companies in the world. Associated with countless controversies and involved in many Dodgy Deals, CNPC is actively contributing to climate breakdown and human rights violations.

Banks and other financial institutions must demand that CNPC halts all fossil fuel expansion, and develop and implement a credible phase-out plan for its current fossil fuel activities. In addition, banks must urge CNPC to responsibly disengage themselves from business that supports violent regimes like the one in Myanmar. If CNPC continues to pursue expansion and support violent regimes, banks must end all financing for the company.

Propping up the Myanmar military junta The Myanmar–China oil and gas pipelines project in Myanmar is operated by Southeast Asia Pipeline (CNPC-SEAP), a subsidiary of CNPC. Construction of the pipelines began during Myanmar's military-controlled political and economic reforms, which ended when the military began an attempted coup on February 1, 2021. Since then, the junta has waged a nationwide campaign of terror, backed by the flow of funds from the Myanmar-China pipelines, and other oil and gas projects. The junta relies on oil and gas revenue to fund a campaign of terror that has displaced an estimated 783,400 people. The junta has murdered 2,088 people with over 14,000 arrested.

According to the first comprehensive report published by the UN High Commissioner for Human Rights office since last year's coup, Myanmar's military junta has committed “widespread and systematic attacks against civilians in patterns of conduct that may amount to crimes against humanity”.

Although CNPC states that it "supports the Paris Climate Agreement", the company is expanding its oil and gas operations. In 2021 CNPC had 1.496 billion barrels of oil equivalent under development, according to the Global Oil & gas Exit List.

Low-carbon transition According to the World Benchmarking Alliance, CNPC has started research in the use of renewable energy, such as geothermal and solar energy, to reduce carbon emissions during production. The company has stated that the low-carbon transition is at the core of its corporate mission. However, there is little evidence of how it plans to achieve this transition in the short term or long term.

Oil spills In July 2010, two pipelines exploded at an oil storage depot belonging to China National Petroleum Company near Dalian's Xingang Harbour in Liaoning province which spilled an estimated 1,500 tonnes of crude oil into the sea. The spill reached a size of 180 square kilometers. In January 2010, it was revealed that a CNPC diesel pipeline had burst near the confluence of the Chishui and Weihe rivers, in Huaxian County, Shaanxi. The extensive pollution ended up in the Yellow River, China's longest waterway.

Pollution In November 2005, chemical plants belonging to PetroChina, a subsidiary of CNPC, exploded in Jilin, China, resulting in 100 tons of benzene, which is a carcinogen and toxic, pouring into the Songhua River. There was a slick of chemicals that spanned 80 kilometres.

Corruption allegations In 2014 research by the International Consortium of Investigative Journalists (ICIJ) revealed that China’s scandal-mired oil giants and their senior executives have made extensive use of offshore shell companies in the Caribbean. The country’s biggest oil companies – Sinopec, PetroChina and the China National Offshore Oil Company (CNOOC) – are among the world’s largest businesses, but executives in the industry are embroiled in multiple corruption probes, many tied to networks of shell companies around the world (The Guardian).

Between 2016 and 2021, 24 commercial banks financed the China National Petroleum Corporation (CNPC) via loans and underwriting services totalling USD 64.39 billion. See below for details on banks involved.

How does drilling for oil in Uganda’s national park live up to China’s COP15 biodiversity pledge?

International banks like ICBC, UBS and Citi are ignoring the violence of the Myanmar-China pipelines

Landmines on pipelines: How a military junta controls fossil fuels

And how US banks finance the military junta in Myanmar; destroying lives for fossil fuel funds
2022-10-11 | BankTrack, Rainforest Action Network