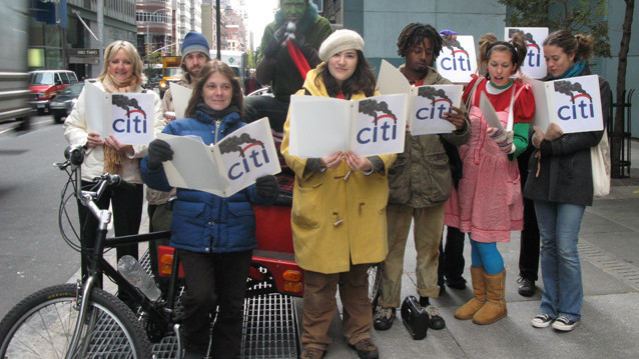 Thousands of activists in more than 50 cities across the U.S. to protested Citi and Bank of America’s investments in new coal-fired power plants and dirty coal extraction methods such as mountaintop removal coal mining.. Photo: Rainforest Action Network

This is a guest blog post by Linda Capato Jr. of Rainforest Action Network. It is reposted with permission from the original here.

You may have missed it- but Citi has finally released their policy on funding coal power…and we’re pretty sure you won’t be shocked to know, it is underwhelming.

Citi was the #1 US banker of coal power in 2017 (the latest year for which we have complete data). We and other folks from around the world really did expect Citi to step up to the demand to finally fully commit to defund coal.

A few fast facts on what they just released:

Check out RAN’s full take on the policy here.