Home › Blog
Steps forward and steps back on the road to access to remedy in the banking sector
By: Ryan Brightwell – BankTrack
2017-11-17 Share this page: 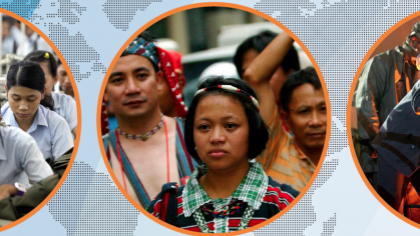 Two years ago, a panel discussion on access to remedy in the finance sector took place at the fourth UN Forum. We at BankTrack were especially pleased that the topic was on the agenda then, since our research into the progress of banks towards implementing the UN Guiding Principles had shown that access to remedy and grievance mechanisms were major gaps at the time. However, the discussion proved premature, as was shown by the absence of private sector banks from the discussion.

It remains the case that banks struggle with access to remedy. We have been unable to find any examples of global banks operating grievance mechanisms, participating in them systematically, or credibly explaining how they facilitate or enable access to remedy for those impacted by their finance. FMO, the Dutch development bank, remains the only example of a bank which is partly privately owned and has an independent grievance mechanism.

The main bank initiative on implementing the Guiding Principles, the Thun Group – named after the lakeside town in Switzerland where the banks gather – has avoided the topic of access to remedy studiously. Its first paper, in October 2013, was entitled “Discussion Paper for Banks on Implications of Principles 16–21” – stopping short of Principle 22 on Remediation. Although it then committed to “explore options for addressing the third pillar, i.e. access to remedy”, its follow-up paper in January 2017 – now somewhat notoriously – considered only situations in which banks are (according to its analysis) directly linked to human rights impacts via their finance, and are therefore not strictly required to play a role in remediation. Of course, banks may play a role in remediation even in these circumstances – as the Guiding Principles make clear, but the Thun Group paper did not.

Since then, the Thun Group’s paper has sucked up much of the air in the room when it comes to discussing bank responsibilities under the Guiding Principles. The paper effectively dragged the debate back to whether banks can contribute to human rights abuses through their finance, and away from the question of how they might remediate such impacts when they occur. Although advice from the UN Office of the High Commissioner has now set out in detail the factors that may lead to banks contributing to human rights impacts, and their responsibilities to provide remediation and establish grievance mechanisms, the report of the Thun Group’s June meeting indicated that the banks maintain that the possibility of contribution to human rights harm “rare when providing financial products & services”.

But let’s get real. Japanese and US banks in particular are financing manufacturers of cluster munitions, in full knowledge that they are supporting the manufacture of indiscriminate weapons. Seventeen banks financed the construction of the Dakota Access Pipeline, in full knowledge that the route impacted Sioux territories and risked their drinking water. And many of the same banks are financing the companies behind new pipeline projects like Keystone XL, Line 3 and the Trans Mountain Expansion, again in full knowledge that Indigenous peoples’ rights to free, prior and informed consent are not respected. Positive exceptions, like BNP Paribas refusing to finance tar sands pipelines (primarily for reasons of climate impact), are few and far between.

So it is not just clear in theory that banks can contribute to human rights abuses through their finance, but clear in practice. Good human rights due diligence by banks can help identify risks to rights holders, and either ensure their clients avoid negative impacts, or ensure companies that are unwilling to respect human rights do not get bank loans. But even with the best due diligence, negative impacts will still occur, and it’s important that the debate on how banks can play a role in ensuring access to remedy takes place, with the full and committed participation of banks.

Fortunately another bank-focused initiative – the Dutch banking sector agreement on human rights – looks set to play a much more promising role in this respect than the Thun Group has so far managed.

This ambitious multi-stakeholder agreement, signed by all Dutch banks as well as civil society organisations and Government ministries, includes a commitment for all banks to create a complaint procedure that is publicly accessible for employees, clients and third parties, as well as the creation of a “voluntary advisory expert mechanism” to handle notifications of an alleged breach of the OECD Guidelines, including on human rights.

This agreement will be the subject of a panel discussion at this year’s Forum. The agreement is not perfect – as we have commented, its remedy mechanisms form an incomplete patchwork, and the banks’ own commitment carries in a footnote the telling disclaimer that “this complaint procedure is not a grievance mechanism”. We’re also concerned about a rather relaxed approach to deadlines – a paper on remediation which was due in April 2017 has not yet emerged. However, we do applaud the agreement’s ambition, and look forward to the banks and other Parties to the agreement delivering on its commitments and showing the rest of the banking sector how banks can play their role in providing access to remedy in practice. It will not be before time.