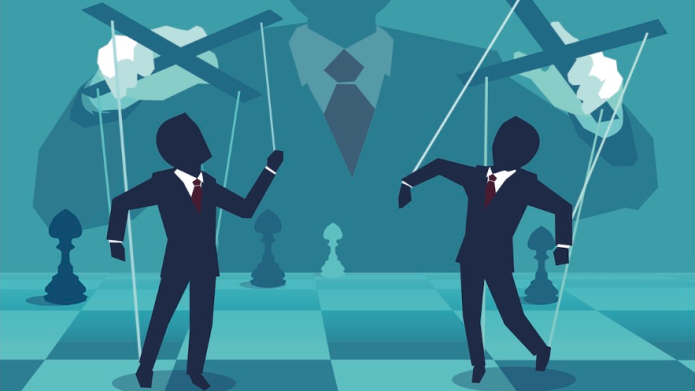 Far-right politicians in the pocket of the fossil fuel industry have a new target in their sights: “ESG”—or environmental, social, and governance investing. Republicans across the country are busy brandishing their “anti-ESG” agenda and decrying the specter of “woke capitalism.”

What’s the real story behind this manufactured culture war? It’s an insidious, coordinated effort among Republican elected officials, conservative dark money groups, and fossil fuel interests that is attempting to block progress to make the financial sector more sustainable. In recent years, financial institutions have increasingly made common-sense, business-driven decisions to respond to the systemic risk of climate change. But Republican politicians, serving fossil fuel donors, want to force institutions to ignore those risks, which puts their constituents’ savings—and the entire economy—in jeopardy.

The right-wing attack on sustainable finance is little more than a stalling tactic that’s bound to fail. The delay is just the latest form of climate denial. It’s time to set the facts straight.

State treasurers and legislators are weaponizing their public offices—as well as the taxpayer dollars and retirement funds they manage—to stop financial institutions from protecting people’s investments from climate risks. Several states, including West Virginia, Louisiana, and Florida, recently passed laws or took actions to prevent public pension funds from considering sustainability when making investment decisions. Some politicians, such as Texas comptroller Glenn Hegar, even barred their states from doing business with financial institutions they claim are “boycotting” the fossil fuel industry.

These claims couldn’t be further from the truth. Although Wall Street firms have made climate pledges, their actions are hugely misaligned with their commitments. The largest US banks—JPMorgan Chase, Citibank, Wells Fargo, and Bank of America—are the biggest funders of fossil fuels in the world. Despite their stated climate commitments, these banks pour billions of dollars into fossil fuels every year. The largest US asset managers—BlackRock, Vanguard, Fidelity, and State Street—are not only the top investors in fossil fuels, but they are also the top shareholders of the big banks, meaning they’re complicit in banks’ reckless practices.

Far-right claims about Wall Street’s fossil fuel “discrimination” are lies used to prevent climate action. Sadly, it’s already having a chilling effect, with some financial firms walking back or stalling their progress on climate. It's high time these Wall Street players realize they’re being used by Republicans as the latest culture war punching bag. Some prominent targets, like BlackRock and JPMorgan Chase, are starting to push back. But they, and others, must stand up more forcefully to these bad-faith attacks.

Climate change poses significant financial risks, and investors increasingly want to know how companies will reduce impacts or deal with growing risks. Will flooding or fire threaten facilities or supply chains? Will changing policies and markets make polluting technologies obsolete? Will emissions reductions be in line with scientific consensus? These are questions investors should be asking. Big polluters and their political allies would prefer they don’t.

Investors want to know if companies are prepared to capitalize on the transition to a clean energy economy that is already underway. Global fossil fuel demand has likely peaked, and the vast majority of new energy growth is coming from renewables, accelerated by the Inflation Reduction Act. Big polluters and their far-right political allies can’t stop this transition, so they’re doing whatever they can to slow it down. And they don’t care if people’s retirement savings or taxpayer dollars are sacrificed in the process.

Climate change doesn't only threaten the entire economy and thus people’s pocketbooks; research shows these states’ anti-climate moves hurt their residents, either by preventing smart investment strategies or by shrinking the pool of financial institutions available to do business with. This is a violation of public officials’ fiduciary responsibility to their constituents.

This year, language in a West Virginia law shielded the state treasurer from being sued for any costs resulting from that same law, which punished banks that don’t want to finance coal projects. It’s not clear why this waiver was needed—unless officials knew the law would likely harm taxpayers.

The world’s largest financial firms are hardly feeling these attacks on their balance sheet, thanks to a growing number of clients committed to supporting the energy transition. These state moves are clearly political theater, but it can’t be forgotten that everyday people—whose savings are being used as a cudgel—are paying the price.

Democratic leaders are increasingly speaking out. Several states including Illinois, Maryland, and California have passed or proposed laws that support sustainable investing. Thirteen state treasurers, the comptroller of New York City, and 17 state attorneys general have publicly countered the “anti-ESG” crusade. In the coming months, many more elected leaders, at all levels of government, must step up.

The financial industry also needs stronger oversight and regulation to help protect the economy and people’s hard-earned savings. Right now, most companies don’t measure or disclose all greenhouse gas emissions, many sustainable funds can be deceptive, and most banks aren't fulfilling their climate commitments. Federal regulators are working to address these concerns by mandating more robust climate risk disclosures and more transparency about ESG funds, and by requiring banks to assess how they manage climate risks. These are important first steps, but much more is needed.

Ultimately, there are plenty of valid critiques of the financial sector’s unsustainable practices and greenwashing. However, the current, coordinated attack is a well-resourced campaign connected to other far-right efforts to undermine popular movements in the US, and these growing threats require a strong response. Republican politicians are wasting their time attacking Wall Street for doing anything on climate change. Meanwhile, millions of people and institutions with trillions of dollars in assets are trying to buy us time to combat the climate crisis by seeking to align their investments with sustainability goals.

We need a groundswell of vocal support for sustainable finance from workers and investors, alongside businesses and political leaders. We need commonsense regulations to ensure our investments—and the financial system as a whole—are sustainable for the long term. As the clock ticks, further delay is climate denial. We can’t afford to wait.