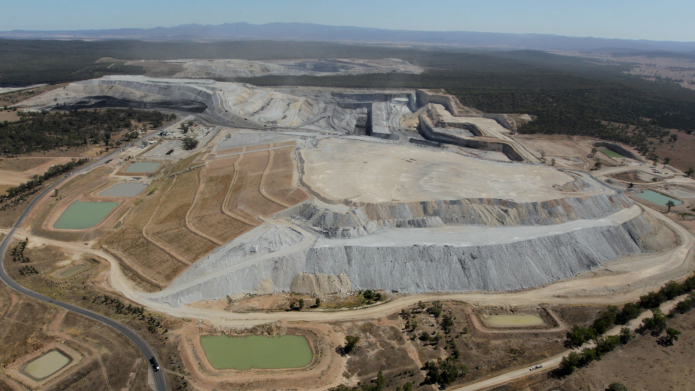 A major highlight of the COP26 summit was the UN-sponsored Glasgow Financial Alliance for Net Zero Emissions reaching 450 globally significant firms that collectively manage US$ 130 trillion of financial assets, including Deutsche Bank.

This pledge comes with a Commitment Statement to align activities with limiting global warming to 1.5°C, an interim 2030 target, prioritising areas where banks can have the most significant impact and consistency with Science Based Targets initiative (SBTi).

The International Energy Agency (IEA) says that under a 1.5°C alignment the world can’t afford any new coal, oil or gas developments globally, with immediate effect. That much is straightforward and clear.

However, it seems that someone forgot to inform Deutsche Bank that a pledge signed off by the board is meant to be credibly implemented in good faith, and consistent with the bank’s fiduciary duties to manage key financial risks.

It was recently reported that Deutsche Bank organised a non-deal roadshow for the bonds market in preparation for new debt raising by Whitehaven Coal. The report also mentioned Deutsche Bank’s intention to act as a bookrunner for any bond issue that emerges.

Deutsche Bank has long trumpeted its climate credentials, emphasising its leadership in signing the Paris Pledge for Action back in December 2015. Yet Whitehaven Coal plans to build three new coal mines and extensions, which have no place in a 1.5°C aligned world. This is a clear contradiction of Deutsche Bank’s own Environmental and Social Policy Framework of July 2020 which says the bank “will not provide any financing for greenfield thermal coal mining” and is committed to “phase out coal exposure by 2025 worldwide”.

Whitehaven Coal used its existing credit facility to finance new coal expansions including the Maules Creek coal mine. In addition to its strong current free operating cash flow, Whitehaven is likely to need funding support for its new projects. Whitehaven has said it is looking to bond markets to replace “almost dollar for dollar” the $1 billion revolving loan from Australian and Asian banks that expires in July 2023. Any funds underwritten or facilitated by Deutsche Bank will directly enable Whitehaven Coal’s planned expansions.

In March 2018, Deutsche Bank updated and clarified its coal policy, saying: “We will not finance new greenfield coal-related infrastructure, regardless if the infrastructure is related to a new or existing plant. In addition to this commitment, we will review our coal power exposure, and for all clients depending more than 50% on coal – be it energy capacity or energy output – we will subject the provision of financial services to the availability of credible diversification plans.” There was an exception for developing markets in Asia until 2022, but Australia doesn’t fit that bill. And this policy includes both lending and capital markets.

Does Whitehaven Coal have a credible diversification plan?

For more than a decade, Whitehaven Coal has been telling its investors of plans to diversify away from its thermal coal positioning into higher value coking coal, which is supposedly less exposed to climate risk. However, for a decade this claim has rung hollow. Coking coal (also referred to as metallurgical coal) was reported by Whitehaven last month to have hit a near record low share of its total output: “Metallurgical sales represented 11% of sales for the September quarter (2021).”

The A$7 00m Vickery thermal coal mine development is a proposed new development in New South Wales (NSW) of up to 10 million tonnes per annum. The site last produced coal back in 1998, more than two decades ago. So for all intents and purposes, this is an entirely new product development proposal.

Whitehaven Coal has long said this new Vickery coal mine development would be partly minority equity funded by its developed Asia coal-power utility clients in South Korea and Japan. Instead, the market has seen a steady stream of Japanese and Korean corporate divestments from thermal coal mining (for those who could find a still willing and able buyer). This has included coal exits by Sumitomo Corp, Mitsubishi Materials, Sojitz, Itochu, Mitsubishi, Mitsui & Co, Marubeni Corp and KEPCO. This follows the progressive coal mining exit by most global mining majors, including BHP, Rio Tinto and Anglo American.

Whitehaven’s entirely greenfield Winchester South thermal and coking coal mine proposal might provide a diversification into another high emissions fossil fuel area, i.e., coal for steel production. IEEFA notes for all Whitehaven’s bullish forecasts of strong growth ahead, Chinese steel production might have unexpectedly peaked back in 2020, with a decline in 2021 and potentially extending into 2022 and likely beyond, with demand declining, scrap recycling and green hydrogen/electric arc furnaces accelerating. The IEA models coking coal demand declining more than 60% globally by 2050 as (and if) the world aligns to 1.5°C.

We note that the U.S. Department of the Treasury recently released its Financial Stability Oversight Council report that “Identifies Climate Change as an Emerging and Increasing Threat to Financial Stability”. Working with the Securities and Exchange Commission (SEC), the U.S. Treasury has announced it will work to prevent investor deception from climate greenwashing – a new risk for Deutsche Bank?

Arranging new debt finance for a pure-play coal mining company with no transition plan does not in any way align with a credible path to net-zero emissions. Deutsche Bank continues to use its global financial market power to raise capital for coal mining firms like Whitehaven Coal and facilitate yet more greenfield coal mining developments, entirely exposing its climate hypocrisy. Interesting to contrast this with HSBC’s new coal exit policy this week, which commits to drop existing clients who undertake new coal developments.

Investment and policy leadership is required most from the developed economies – such as Germany and Australia – which are responsible for the majority of historical carbon emissions and also prospered most from them.

It is well overdue time for Deutsche Bank to walk the talk.