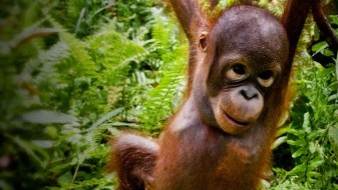 ABN AMRO will not provide APRIL with new loans until the Indonesian pulp and paper company stops clearing rainforests and can prove that it is operating in a sustainable way. The bank has also called on APRIL to immediately stop the destruction of Indonesian rainforests. ABN AMRO communicated this decision to Greenpeace Netherlands last Friday, March 6th. At the same time it posted a declaration on its website on its dedication to nature conservation:

"ABN AMRO does not want to have anything to do with any transactions or activities that are in conflict with nature conservation. The bank does not finance any companies that are involved in illegal logging or trading wood that has been illegally cut down. Nor does it want to finance companies contributing to deforestation or the destruction of ecologically critical areas."

The bank's move follows a similar announcement from the Spanish bank Santander. On February 25th, Santander made a public statement in which it said that it had "decided to not renew the current funding to APRIL and will not be extending further funding at this stage".

ABN AMRO's move comes after months of negotiations led by Greenpeace and supported by Banktrack and the Environmental Paper Network. ABN AMRO has now declared it will continue talks with the NGOs in order to further improve its policies to ensure that it will no longer finance rainforest destruction in the future.