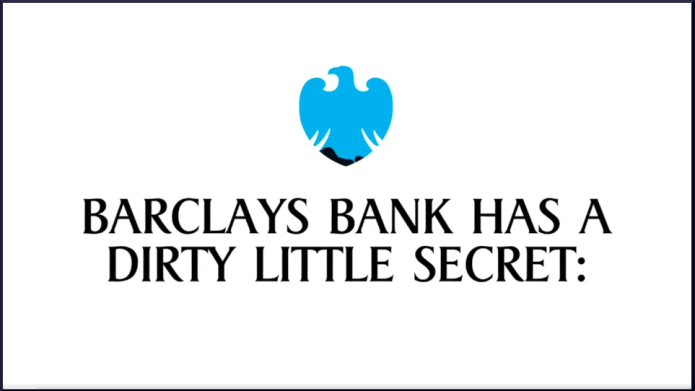 The whole idea of ‘net-zero’ has rocketed into the mainstream lately, and for good reason if we’re to have any chance of limiting warming to 1.5 degrees. The devastating giga-fires and red skies across California cast a sense of foreboding that climate impacts will only worsen if we don’t act now. And fossil fuel companies and their financiers’ hands are covered in ash.

Companies like BP, Shell, and Total, who share responsibility for this chaos, have all cottoned on to the kudos that public statements around reaching net-zero can bring you, with some announcing ambitions that would leave the most ardent climate denier scratching their head. They all say they can reduce their carbon emissions to zero, on balance, by 2050.

Fossil fuel funders have caught on too. No less responsible for accelerating climate change as a financial backer of all these companies, Barclays intends to be a ‘net-zero’ bank in 30 years’ time. Detail TBC. Naturally, this was met with skepticism from campaigners and investors who had filed the shareholder resolution which forced Barclays’ hand. According to RAN, the bank is Europe’s largest financier of fossil fuels, and the world’s seventh largest, having fuelled the sector to the tune of £100bn since the Paris climate goals were agreed.

But what exactly does it mean to be ‘net-zero’ for a bank? In short, it means that the total of the carbon emissions from the companies and projects that Barclays finances must equal zero. It means – crudely – that when Barclays has added up all the fossil fuels and subtracted the wind and solar farms, and renewable energy companies, its financed emissions will be net-zero, not zero. In fact, the word ‘net’ has escaped a great deal of scrutiny in this debate, despite doing most of the work to allow Barclays to masquerade as a climate saviour.

The climate crisis does not work in net terms, but absolute ones. It doesn’t give you a free pass if you match financing of destructive fossil fuel expansion with greener activities. The wildfires will continue to rage if you dilute oil and gas with solar and wind and depend on non-existent technology to suck the remaining carbon out of the air. The waters will continue to rise if you offset your fossil portfolio with equal parts renewable energy to clear your conscience.

There is no safety net. You have to stop financing fossil fuels full stop. Elsa Palanza, Barclays’ global head of sustainability and citizenship, recently gave an interview in which she gives a hint at how Barclays plans to reach net-zero emissions by 2050, and it looks worryingly like the approach mentioned above. Asked how her plan differs from the shareholder proposal to phase out fossil fuel financing and how Barclays intends to divest from fossil fuels, she dismisses the terms ‘phase-out’ and ‘divest’ in no uncertain terms, preferring instead the idea of ‘transition’.

This word is key. Transition does not mean cut out fossil fuels. Transition means leaning into and supporting greener companies and projects – unequivocally a good thing – all the while holding the hands of fossil fuel companies which have no credible plans to meet the Paris goals in the timeframe set. Any fossil fuel client of Barclays with plans to expand exploration and production of coal, oil, and gas, (spoiler alert: most of them) is not compatible with a commitment to align one’s financing with the Paris Agreement goals. That’s not finance, that’s just science.

In fact, French group Reclaim Finance this week gave Barclays’ nul points for allowing itself to support coal companies that are still developing new coal projects. Europe Beyond Coal also uncovered in July that Barclays has lent a total of £1.56bn to eight coal utilities responsible for half of Europe’s emissions from coal.

Barclays has no choice but to end these relationships, like many French banks have agreed to do. And the board has an opportunity to do so in November as it is currently padding out the detail of its net-zero ambition.

Anything short of a commitment to cut out coal, and to phase out financing of oil and gas companies will amount to a dereliction of the duty of steward of the low-carbon transition that Barclays assigns itself.