Home › Blog
If banks aspire to be 'doctors of the economy', they must wield the scalpel against business that risks more pandemics
By: Johan Frijns – BankTrack & Ryan Brightwell – BankTrack
2020-04-08 Share this page: 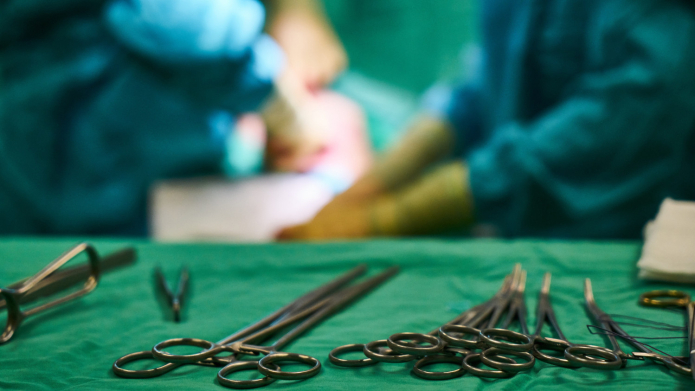 The Covid-19 crisis is affecting us all, although we are not all affected in the same ways. Most of us are getting used to working from home, including us at BankTrack. Some of us have more time on our hands than we are used to, while others, with young children affected by the closure of schools and daycare centres, have much less. Most of us by now know someone who is sick personally.

As so often in a crisis, the worst hit are those on the margins, like the millions of India’s urban, working poor fleeing the cities on foot for the relative safety of their villages, or the millions of garment workers in Bangladesh facing destitution after losing their work. With no end yet in sight, there will be many more victims to mourn, and the recession to come is likely to be deep.

In the midst of all this, it is the banking sector that governments are leaning on to help lessen the impacts on the wider economy. According to the FT, the world’s biggest economies have granted nearly half a trillion dollars of capital relief to banks, mostly “from cutting extra capital buffers that were designed to strengthen lenders’ balance sheets after the 2008 crisis.” As banks allocate these billions, they are helping determine which businesses will survive and which they will leave to go to the wall.

As the sector takes up this role, there is talk (much of it from within the banks) of this being the crisis that could ‘rehabilitate’ the banking sector, of banks now really “doing God’s work” as Goldman Sachs CEO Lloyd Blankfein claimed of the sector ten years ago. It was in this context that Frédéric Oudéa, chief executive of Société Générale, commented: “The difference with 2008 is that we were seen as the problem then, everybody today knows the problem is the virus. We are one of the activities that has to function . . . we are the doctors of the economy”.

Time will tell whether this is as credulous as it sounds. Many banks have already scrapped dividends following calls from regulators, although US banks are resisting these calls so far. Other signs, such as millions in bankers’ bonuses being paid out in the UK,  are also less than encouraging.

The calls for a ‘green stimulus’ apply to banks as well

If banks are indeed going to be the ‘doctors of the economy’, which companies, projects and sectors will they decide are vital to the health of the organism, and which will they decide need the scalpel? And will they ensure that the patient, once saved from this virus, does not subsequently perish from other, much bigger diseases such as the climate crisis?

Calls for government stimulus packages to fight the economic impact of the crisis to be green and climate proof have been widespread, and not just from environmentalists but also from within the economic mainstream. Fatih Birol of the International Energy Agency, for example, called on governments “to ensure that the essential task of building a secure and sustainable energy future doesn’t get lost amid the flurry of immediate priorities.” The same surely goes for the economic stimulus being injected by the banks.

So far there is little sign that banks are using the benefit of their loosened capital requirements to support a genuinely sustainable recovery from Covid-19. This week we learned that JPMorgan Chase (the world’s biggest bank financier of fossil fuels, for anyone that still needs reminding), Citi, Mizuho, MUFG, SMBC, Bank of Montreal, Royal Bank of Canada, Scotiabank and TD Bank all took leading roles in multi-billion dollar bond issuances for TC Energy, days after the company announced its decision to proceed with the Keystone XL tar sands pipeline, with direct and shameful support of the Government of Alberta. The oil industry, as Bill McKibben wrote, “saw its opening. It moved with breathtaking speed to take advantage of the moment.” And the fossil banks applauded.

This is of course taking place in the context of an oil industry in turmoil, with demand down by 10-20%, driven by a mixture of Covid-19 lockdowns and social distancing and a price war between Russia and Saudi Arabia. Yet the ‘doctors of the economy’ and their government sponsors are keeping the industry on life support, when they should be managing its decline. If we respond to the Covid-19 crisis in ways that worsen the climate crisis - as the state of Alberta has chosen to do - we are only storing up problems that will dwarf this crisis in scale.

The coronavirus crisis is part of the wider crisis of nature

The world was already in the grip of multiple, overlapping crises when this pandemic came along and blindsided humanity, but Covid-19 is helping show us how interrelated these crises are. In tracing the cause of the new virus, much attention has focussed on China’s ‘wet markets’ (a term which refers to markets for fresh produce in general, but which has taken on more ominous overtones in recent news coverage) and the trade in wild animals. The evidence for this is uncertain, with some pointing the finger instead at the trade in livestock, which has been linked definitively with earlier disease outbreaks.

But there is growing recognition that the ongoing destruction of the natural world is increasing the risk of transmission of diseases between animals and from animals to humans. Day after day, as a result of deforestation, mining, expanding large scale agriculture and cattle raising and ongoing urbanisation, habitats for the world’s remaining wild animals are being further reduced. This is harming the health of many species, boosting the health of others that are known to be carriers of viruses, such as rodents and bats, and driving them into closer contact with one another, and further into our expanding cities.

As Elizabeth Maruma Mrema, acting executive secretary of the UN Convention on Biological Diversity, told the Guardian, “Preserving intact ecosystems and biodiversity will help us reduce the prevalence of some of these diseases. So the way we farm, the way we use the soils, the way we protect coastal ecosystems and the way we treat our forests will either wreck the future or help us live longer.”

This has consequences, and for banks it points to an urgent need for a new risk - pandemic risk - to be factored into their due diligence processes. Although there is a need for more detailed study on which business activities create the greatest pandemic risk, any business activity that harms ecosystems and biodiversity will add to the risk of future pandemics. On the flip-side, projects that help the urgent energy transition and provide more room for nature to flourish will help protect us against pandemic risk alongside risks to climate and biodiversity, while projects that support effective sanitation and healthcare in crowded lower-income cities can help promote pandemic resilience.

To ensure that bank investment decisions reduce pandemic risks, banks must firmly commit to a comprehensive risk definition, not just focused on risk to their business but also taking into account wider risks to society as a whole. Recent experience from the Equator Principles, of banks finding ways to limit their understanding of ‘climate risk’ to the risks posed by climate change, to the projects they finance, rather than the risks posed by the projects themselves to the climate, give cause for concern.

Banks do indeed have an opportunity to use this crisis to repair their still-damaged reputations. But to earn the right to call themselves the ‘doctors of the economy’, they should look to the Hippocratic Oath, which calls on doctors not just to help the sick “according to their ability and judgement”, but also not to “administer poison … when asked to do so.”

We are keen to hear your thoughts on how banks - and civil society - should be responding to the Coronavirus crisis. Email us on contact@banktrack.org (if possible with 'response on blog' in subject line)