This profile has not been updated for more than one year, with the information provided here possibly out of date
Created before Nov 2016
Last update: 2016-08-08 14:13:33
Contact: 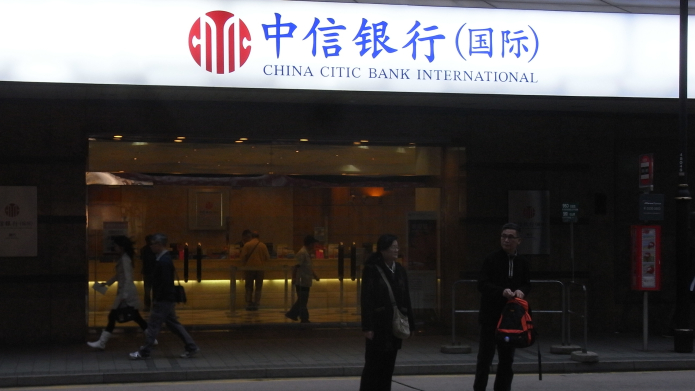 CITIC Bank International Limited is a Hong Kong based commercial bank. It was formerly known as CITIC Ka Wah Bank but changed its name in May 2010 in order to mark the completion of its restructuring.

The bank has a strong presence throughout China, with thirty branch offices in various cities, including: Hong Kong; Beijing; Shanghai; Shenzhen; and Macau.  The bank also has international branch offices in Singapore, Los Angeles, and New York.

The bank serves both private and corporate clients and is engaged in a variety of activities.  In July 2010 it launched its Private Banking Services in order to provide financial products and services to high net worth individuals and corporations.  The bank also offers the following to corporations and small-medium enterprises: business account services; trade services; treasury services; business insurance; loans and mortgages; credit card services; foreign exchange and deposit services.

Assessing the implementation of China's Green Credit Guidelines
2014-11-25 00:00:00 | BankTrack, Friends of the Earth US
annual reports

Gearing for growth- Inside the 2010 Annual Report

CITIC Bank International has committed itself to the following voluntary standards:

CITIC is mindful of its responsibility as a corporate citizen to grow in harmony with the societies and environment wherever its footprint sets. Its green programmes are developed along the four key principles of its environmental pledge: Energy Efficiency, Resource Efficiency, Ethical Code of Conduct and Commitment to the Promotion of Green wareness, with the objective to raise staff and public awareness in environmental protection and nature preservation.

Climate change is widely recognised as one of the greatest global
challenges. CBI is mindful of its far-reaching implications for the
environment, for people, and for the economy – of which the Bank is a part. Its green programmes are guided by the four key principles of its environmental pledge: Energy Efficiency, Resource Efficiency, Ethical Code of Conduct and Commitment to the Promotion of Green Awareness, with the objective to promote environmental protection awareness amongst its staff and the general public of Hong Kong.

On recycled usage and waste reduction, the Bank organised an
internal staff campaign to collect used books and toys for
Christian Action to re-distribute to the needy or sell at its charity
flea market to raise funds for its charitable services and
programmes. Energy conservation is considered the most effective and quickest way to alleviate global climate change and improve air quality. The Bank launched PC Switch Off Campaign to encourage its staff to turn off their computers after work to save energy. In addition, the Bank joined Power Smart Campaign
2010 organised by Friends of the Earth (HK) (“FOE”) between 15
June and 12 September 2010. The three-month campaign aimed to encourage corporations and households to reduce electricity consumption.

The Group continued to focus its CSR efforts on three
established themes..nurturing leadership in young people while
enhancing the quality of education for underprivileged children,
building harmonious relationship with the environment, and caring
for the socially deprived communities.