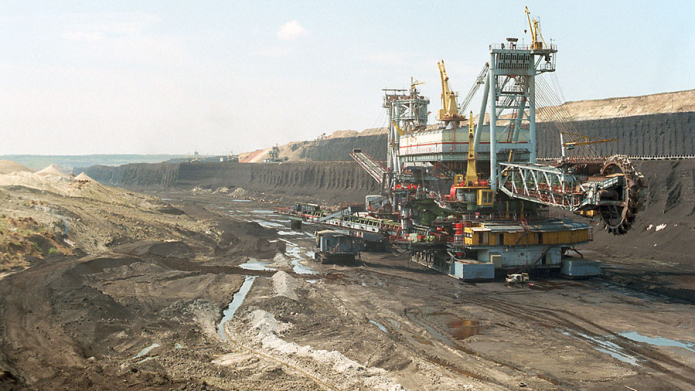 Late last week Bloomberg leaked the news that Russia’s largest coal producer and coal plant operator, JSC SUEK, has mandated nine banks for a bond issuance. As Joint Lead Managers and Joint Bookrunners the banks will place a new US dollar denominated bond offering for SUEK, with a 5-year maturity. The banks involved are Bank of America and Citi from the US; Germany’s Commerzbank; Bank of China; and five Russian banks: Alfa Bank, Gazprombank, Renaissance Capital, SberCIB and VTB Capital. Investor calls have already started to take place since the end of last week.

Katrin Ganswindt, financial campaigner of Urgewald comments: "SUEK plays a central, if not THE central role in Russia’s scheme to profit as much as possible from the coal industry before the fossil era ends. It is outrageous that US and German banks are still helping to raise money for one of the world’s largest coal companies only two months before COP26 in Glasgow. The results of the conference are crucial for mankind, especially in light of the new IPCC report published in August. The latest IEA report ‘Net-Zero by 2050’ clarified that new coal mines and coal plants should not be built if global warming is to be limited to 1.5℃. But SUEK is still expanding its coal mining and coal power activities and this is what the bond issue will help finance. Bank of America’s, Citi’s and Commerzbank’s climate policies are worthless if they allow deals like this to go forward.”

Ernst-Jan Kuiper, Climate Campaigner at BankTrack adds: “The participation of US and German banks in this bond issuance is particularly surprising given their net-zero pledges, but it's important that banks everywhere move to stop financing coal expansionists like SUEK urgently. COP26 will focus strongly on the role of financial institutions in combating climate change, and this deal shows why we need to see more from banks than signing showy net-zero initiatives. Banks urgently need to present clear plans on how to reach fossil zero in the mid-term."

JSC SUEK operates 17 gigawatts of coal-fired power plants according to Urgewald‘s Global Coal Exit List 2021 (available from 5th October at coalexit.org). About 98% of SUEK's power plant fleet burns coal. In addition, the company plans to build new power plants at five locations with a total capacity of 1.6 gigawatts. Furthermore, JSC SUEK produces over 100 million tons of coal per year and is currently expanding its coal mining operations, to secure an additional 25 million tons per year, especially in the Kuzbass region. Additionally, the capacity of SUEK‘s coal export ports is also set for expansion by around 28 million tons per year.

Vladimir Slivyak, Co-Chair of the Russian NGO Ecodefense, comments on the Kuzbass region, where SUEK operates the bulk of its mines: "The curse of mining that came upon the region 300 years ago still takes a heavy toll on local residents. Russia itself is only aiming for an 8% decrease in coal consumption by 2040. It is necessary that coal producers like SUEK actually comply with environmental standards and that Russia sets a clear goal for ending coal mining and burning. Western banks should not hide behind Russian financiers. They should stop financing coal, starting with the biggest players."

Katrin Ganswindt: "The current Commerzbank coal policy will expire at the end of 2021. So far, it does not cover mining companies like JSC SUEK. The latter is not considered an energy provider, even though it operates a large coal plant fleet. The fact that Russia’s number one coal giant is still one of Commerzbank’s top clients, both for lending and investment banking, shows that the bank’s claims about climate protection are only hot air. In addition to the new bond issue, Commerzbank gave SUEK loans totaling 240 million US-Dollars between October 2018 and October 2020." She adds: "NGOs demand that Commerzbank adopts a real coal exclusion policy. Companies expanding their coal operations should be dropped immediately. Existing thresholds for utilities need to be lowered and red lines for mining companies such as SUEK must be introduced. By 2030, Commerzbank should no longer have any coal company on its client list - regardless of where they operate in the value chain – if the bank takes the Paris goal seriously.”

Background on Kuzbass, from the Ecodefense Report “Race to the Bottom”

Until today, villagers are displaced and the homeland of indigenous peoples, like Shors and Teleuts, is swallowed up by Kuzbass’ open pit coal mines. The region shows high cancer rates and leads the national statistics on infectious diseases. Accordingly, life expectancy of the Kuzbass population is about 3 years lower than the national average (2009 – 2018). Over 62% of emissions in Kuzbass come from coal mining and accordingly affect air and water quality. “Black sky” events, and with them black snow, are becoming more frequent every year. The Tom River, where coal was first found in the Kuznetsk Coal Basin in 1721, is the most polluted water body in the region.

The Kuzbass region in Western Siberia is Russia's largest export coal mining region. JSC SUEK, through SUEK-Kuzbass, operates 8 underground and 2 open-pit mines. According to SUEK these produced a combined 33.0 million tons in 2019, of which 22 million tons were sold internationally. 75% of Russian coal exports, mainly to Europe, come from Kuzbass.