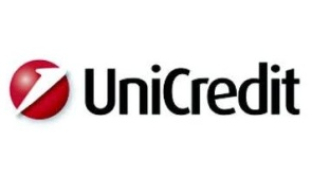 Environmental groups that attempt to prevent environmental devastation caused by the Šoštanj coal project in Slovenia, financed by the Italian UniCredit banking group, are taken aback when the bank announced its next in line PR exercise to promote its green credentials by endorsing the Natural Capital Declaration, in the run up to Rio+20.

UniCredit, one of the largest banking groups in the world, operates in 22 countries and holds the `largest investment banking operation in Central Eastern Europe` title. This bank has also been identified in the recent Bankrolling Climate Change report as one of the major investors in the coal industry. UniCredit takes its place on the Top 20 Coal Investing Banks` League Table and also as one of the highest ranking European bank that provide financing for the coal industry, coal plants, mines and utility companies.

UniCredit is one of the private banks that provide the 100 million euros loan for the development of the Šoštanj coal plant. This project alone will lock in tonnes of CO2 emission that potentially nils the bank`s good intensions when investing in German wind farms.

`UniCredit is investing millions of euros of its account holders` money in the Šoštanj coal plant in Slovenia that will devastate our environment, drive climate change, and impact the health of the local population for the next four decades. UniCredit claims to `have engaged in a number of initiatives aiming at reducing direct and indirect impacts of `their` operations` - investing in Šoštanj coal project is clearly not one of those initiatives and we hence call the bank to withdraw from this project immediately.`

UniCredit is a ticking bomb on the environment and the European economy. The bank was recently brought to its knees by the global economic turmoil and by its own unsustainable investment behaviour.

UniCredit is also a major investor in the coal industry; in the past five years the bank provided millions of Euros for Enel, the Italian utility company that pushes the renaissance of coal in Europe.

The bank is facing an increased and unified opposition from local communities, the general public and civil society. UniCredit proved so far nothing of its green credential but to be an obstacle in the fight to tackle climate change.

Its latest move to endorse the Natural Capital Declaration in the run up to `Rio +20` is seen as mere PR exercise to shield against growing opposition against the bank`s irresponsible and environmentally unsustainable operational and investment manoeuvres.

Partner organizations of the European Coal Finance Campaign (www.stopcoalfinance.org) work closely with Focus to stop environmentally devastating projects, such as TES6 block at the Šoštanj coal plant in Slovenia.

http://www.naturalcapitaldeclaration.org/ a voluntary measure endorsed by the financial sector

Focus is an environmental organization in Slovenia that takes leadership in the civil society resistance against the development of environmentally destructive projects in Slovenia. http://www.focus.si/ Focus is a partner organization and works closely with the European Coal Finanace Campaign