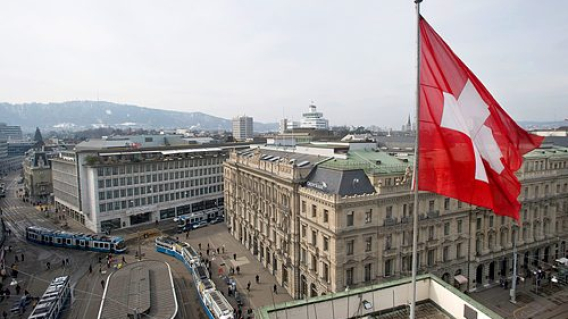 Since 2010, the major Swiss banks Credit Suisse and UBS have financed the world's most controversial mining firm: Vedanta Resources. Vedanta earned the number two spot on a 2009 list of "most environmentally and socially controversial multinational companies" by RepRisk, a service provider for reputation risk, specializing in the financial sector. Vedanta took third place in 2010, right behind Transocean and BP. The acceptance of Vedanta as a new client shows that Credit Suisse and UBS disregard human rights in their business dealings.

The Berne Declaration launched the Web site www.banksandhumanrights.ch in April 2010, documenting controversial financing by Credit Suisse and UBS, and analyzing how the big banks deal with the topic of human rights. With new background research on the financial linkages and an update of the 2010 position paper, the Web site has now been completely updated.

With the acceptance of the "Guiding Principles on Business and Human Rights" in June 2011, the Human Rights Council determined that corporations are not only implicated by the direct causation of human rights violations, but also when they come in contact with violations via their products and services. This clearly includes the financing activities of banks, whether directly, via granting of credit, or indirectly, via assistance in the placement of shares and bonds. The UN Special Representative on Business and Human Rights, John Ruggie, states unequivocally with his Guiding Principles that the financial sector also has a responsibility to respect human rights.

The fulfilling of this "responsibility to respect human rights" requires of the banks a human rights policy, human rights due diligence, and transparency. Despite some progress by Credit Suisse, the processes and transparency of both major Swiss banks is clearly insufficient to fulfill the Guiding Principles of the UN Special Representative.

"It is shocking that Credit Suisse and UBS finance the scandalous Vedanta. What is crucial regarding banks and human rights is not how the processes look on paper, but rather that these processes are implemented in daily business practices so that banks do not contribute to human rights violations in their core business," says Andreas Missbach, finance expert from the Berne Declaration.